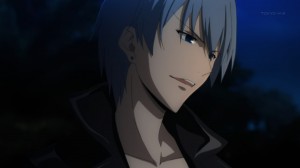 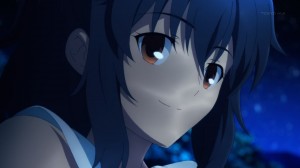 These last two episodes blew the lid open as far as Kiritsurgu goes, and puts his past and origin story out in the open. Its been sometimes downright scary to observe how machine-like and cold of a killer Kiritsurgu is but his past really clues us in to what kind of a person he is and what’s led to the creation of the person that is fighting the Holy Grail war for the sake of world peace.

Its no stretch to say that Kiritsurgu’s childhood was traumatic and sad. If this series has shown us anything, its that Mages and their research and persuit of the “root” read to some really really tragic events happening to them, their families and those around them. Whether its the Tohsaka family, and the tragedy that’s befallen their two youngest, Rin and Sakura, or whether its the Matou clan and their twisted ways, or whether its the Emiyas who created a Homunculus.

Its interesting to note that Kiritsurgu’s story started out pretty happy. He had an elder sister that he had a crush on, named Sherry. Sherry served as an assistant to his dad who was a Mage, and was extremely inspired by him and his work. A pretty nice girl, with dreams and hopes that ended up being disgruntled by magic and ruining her life and ultimately leading her entire village to ruin. 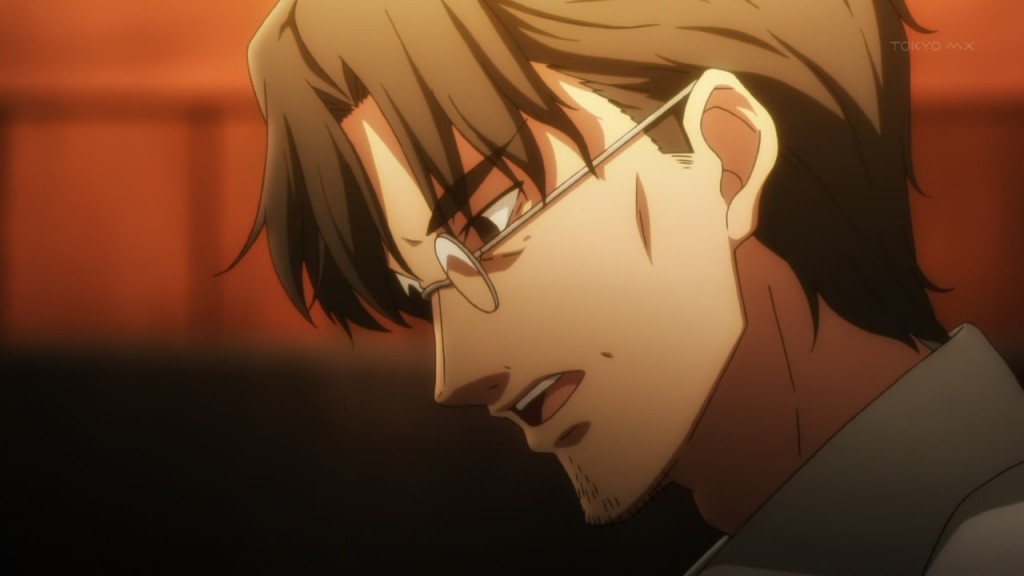 Kiritsurgu’s dad though, textbook mad scientist. Quiet, emotionless, and in many ways, a lot like how Kiritsurgu seems to be right now. It was pretty dark and sad to see how Kiritsurgu’s dad considered what happened to the village as nothing more than a “bad result”. I don’t honestly think Kiritsurgu’s dad wanted to test his magic on the village, as he mentions that it was an “unintended” result, but the way he said, with that detached attitude, is what probably set his own son off.

To the dad’s credit, he did raise his son into a person with good morals. What was sad, and quite honestly so fucked up  was how mechanically Kiritsurgu just offed his father!

No tears in his eyes, no emotion, just a cold hard face with no remorse or guilt. Kiritsurgu was sure he did the right thing, and he probably did, but it was none the less quite creepy to see how easily and effortlessly he shot the man who raised him until that point, multiple times. I think that one moment, is what defines Kiritsurgu as a character(, at least until the end of the Holy Grail war). At that point Kiritsurgu’s hold world goes dark, and he begins to hate Mages, Magic and lashes against it, making his life’s purpose to “save” people from the horrors of magic and mages, while also simultaneously justifying the fact that he killed his father.

Whats truly sad though, is that at one point in his life, Kiritsurgu realizes how inconsequential his actions really were at the time. As he follows the woman who was sent to kill his father, Natalia and becomes a Mage hunter like her, he realizes that the horror that he experienced as a child is happening all over the world, and constantly at that. That alone would be enough to cripple a man mentally and drive one into depression, but Kiritsurgu preserves and learns all the tricks of the trade from Natalia who becomes a teacher and surrogate mother to him. Of course, with what happens at the end of episode 19, its easy to wonder if Kiritsurgu wasn’t broken long ago, and is simply just been going on this mechanized path in life. 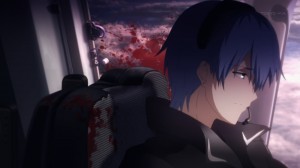 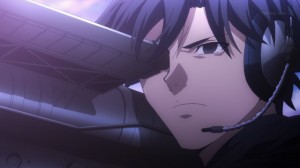 As Natalia attempts to take down what would have probably been her final target, she messes up and an entire plane becomes infested with Ghouls. Natalia somehow manages to survive and is even ready to land the plane. Kiritsurgu, talking to her the entire time and urging through what is probably one hell of a plane flying ordeal, ends up shooting the entire plane down with a Rocket launcher. My God did my jaw drop when I saw what Kiritsurgu decided was “the solution” to the Ghoul infestation in the plane.

Again, Kiritsurgu ended up killing the person who had raised him and taught him how to live, and done it for the good of the majority. He did to save  lives, and that’s how he continues to justify it, talking to none other than Sherry from the Island in his childhood. Its at this point, that you can’t help feel sad for Kiritsurgu. Unlike his father, this time he feels some genuine emotion and tries to paint this whole act as a “sacrifice”  by Nataia, but he is hardly able to do it. The poor guy breaks down and cries and howls, as he knows that he’s alone again. 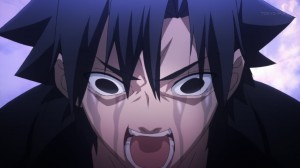 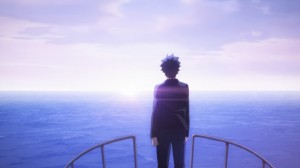 With this dark past coming to light, its no surprise to see why Kiritsurgu becomes the man he is during the time of the Holy Grail war. Even more so, its worrying to wonder if Kiritsurgu even cares for his own wife and daughter, or whether he’s just totally detached from everything and everyone. The question now is hardly whether Kiritsurugu is a messed up individual, but rather whether he’s got any emotion and love for anyone at all. Its not surprising, therefore, to see why Kiritsurgu can’t bring himself to trust and agree with Saber.

Kiritsurgu has fought and killed others, but there’s been no honor, or greatness in it. Its been cold blooded murder, but its been necessary, to save the greater many innocents. Saber on the otherhand, has been able to take the wills of an entire nation, and protect an entire country, and done it with a “noble” and honorable theme at that. Its not hard to see that Kiritsurgu and Saber come from different worlds.

Its even more interesting to note what Kiritsurgu becomes by the end of this war, a loving father who raises a boy that ends up becoming a hero of justice that wants to save everyone.

With Kiritsurgu’s past told, and behind us, we’re going to get into the Holy Grail war again from the next episode. As mentioned in my last review, the chips are down, and it seems like Kiritsurgu’s team is at a huge disadvantage, with Kirie and Gilgamesh looking to shake up the board and set an entirely new game in motion. Honestly, I’m quite excited to see where this goes.

And of course, I must apologize for having to do a double 2-episode review. I unfortunately had exams these last two weeks, and have had to skip blogging anything until I got done with a huge load of projects and finals. And of course, after those were done I had exhausted myself so much that I fell sick. My grades did fine, but AE and Fate/Zero episode bloggin suffered horribly. I apologized greatly for this.  I should be back for the remainder (5 more episodes? XD) of the series and be putting out my posts in a timely manner. To those that are still bearing with me and reading these reviews, well, awesome and Thank you! Lets all enjoy this series to the end!