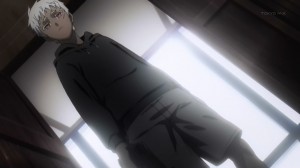 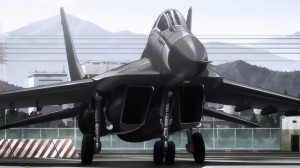 Now comes the violent series that is full of guns. Jormungand is definitely a show that will hold nothing back in terms of how messy the life of an arms dealer can be. An interesting experience to follow Koko Hekmatyar and her group around. They have already gotten into quite the series of messes with assassins, countries trying to make them or stop them from selling weapons, etc. There have been a lot of bullets used in the first few episodes and I doubt that is going to change as the show goes on. This isn’t a case where enemies are somehow going to limp away, people were literally being filled with bullets or simply blown up.

A series going to a more mature crowd since there is quite a bit of death involved and some tough questions being asked about people. Getting to see all of this through fresh eyes helps even if those eyes are of a child solider named Jonah. Have no idea what this kid has been through, but it likely was hell considering how skilled he is at shooting and killing despite his age. Getting involved with this group and dealing with Koko has been interesting to watch. He definitely doesn’t like what Koko does for a living, but he’s certainly grown protective of her. Her motives are still a mystery (I’m not going to put too much in the world peace line she gave in the first episode) and so I’m curious to find out just what has her involved in this kind of work. 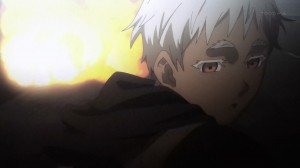 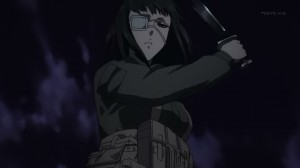 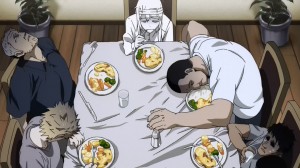 I feel like this will be the kind of series where I should only get attached to the main characters. There are so many bullets flying that any characters that look to be only involved for an episode or two are probably going to end up dead. Though I have a good feeling that the main group should be alright since they are a pretty well oiled machine and look to cover each other. With a group like that don’t run the risks of not having the right people for the situation.

Of course despite all the explosions and bullets there is also a solid amount of comedy. When things aren’t in dire straights they can find the time for some laughs. Of course in some cases Koko manages to find a way to be humorous even when their lives are in danger. Maybe its the trust she has in the group that gives her the confidence to do that. Whether it’s just Valmet’s incredible affection for Koko or Johan laughing at a stuffed animal that falls into his hands there are lighter moments. The series may have a lot of violence and death in there, but it doesn’t mean that the show is all serious. There is room for some fun and that’s a good sign.

Though will say the series might not completely be up my alley. A bit tough to get that attached to Koko with her motivations fairly obscure. Though they’ve kept it to regions I wouldn’t think much about normally, hard to ignore the damage the career she’s involved with has on a lot of lives. It’s mostly a gut feeling that hasn’t had me getting really attached to the main group. The action is entertaining, but not sure if that alone will carry my interest.

OP [Borderland] by Mami Kawada: (A) 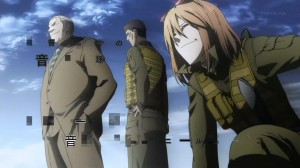 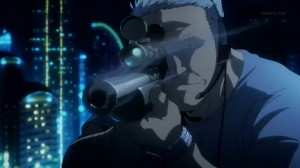 Now have to say the OP was pretty good. Koko’s group is pretty large so getting some shots of them and some of the major groups they run into is pretty handy. The music itself just sounded good and really worked well with the visuals. Besides with a series like this that kind of high tempo song really works. With a song like that can really look forward to what kind of trouble Koko and her group will get involved with. 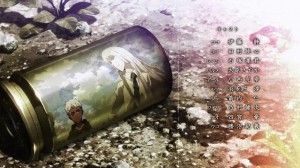 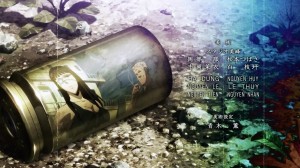 Will say the ED wasn’t nearly as impressive. The entire thing focuses on this shell casing with an image projected onto it. That image seems to change from episode to episode, but otherwise the only visual change is that the screen tone goes gray towards the end. Simple is definitely the way to describe this. The song wasn’t too bad. A pretty quiet song that at least brings you down from a high tempo episode. I didn’t like or dislike it really. It could grow on me as time goes on though. 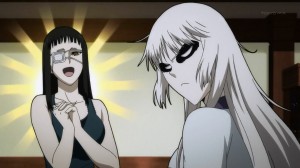 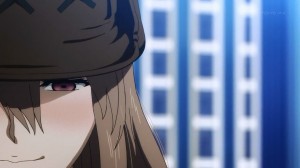 In the end Jormungand wasn’t too bad. Of course it really will depend on whether this is the kind of show you are interested in. If a person is up for some great gun action, some comedy, and some killing then they should enjoy this. I could see some comparisons to Black Lagoon, so if someone was a fan of that series they really might get into this one. Whether or not I’ll stick with it, not sure.