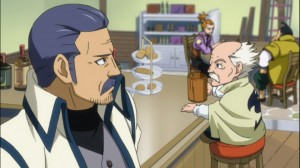 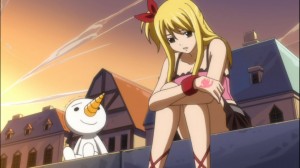 This week’s episode features the last manga based episode of the series we’ll see for a good while, as Fairy Tail we hit fillers from its next episode. In many ways, episode 124: “The 7 year gap” felt like a really lonely, and very effective episode. Last week we got the revelation that Fairy Tail’s strongest members had been in stasis for 7 years, and this week we really get the payoff for how that effects them and how the world really has changed around them.

Note: extreme apologies for not replying to comments last week, was majorly underneath a ton of coursework. Should be fine again this week! Hence why this post is late as well! 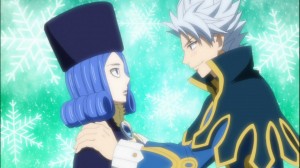 Before we get into the meat of the episode, I definitely found it hilarious how Lyon actually fell for Juvia. The minute I saw Lyon look at Juvia, I KNEW this thing was going to become a Love Triangle. This has definitely got to be extremely interesting, with Lyon now interested in Juvia, and Juvia being interested in Gray. As for Gray? God knows who he’s interested in. This should definitely be the butt of some jokes later down the line. XD 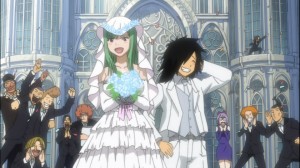 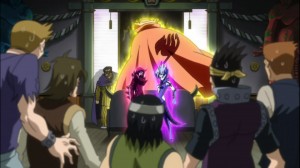 We also got some info on Bisca and Alzak’s marriage, and the fact  that they have a child. And not that anyone really was too worried, but The scary trio of Makarov, Erza and Mirajane dealt with the Guild’s debts and problems XD

We also got some hints as to some other things that we will probably not learn of till the anime restarts the manga adaption again, which will probably not happen for a while. The series teased the issue of what had happened with both Zeref and Jellal over the past 7 years, without really giving us an answer. 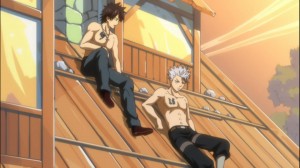 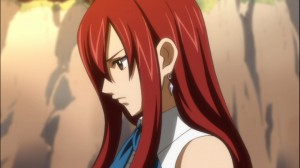 Jellal, from the looks of how people were informing Erza, seems to have died. Now, I am unsure if the manga confirms or denies this, but based on personal speculation, I feel like Jellal didn’t get too happy a fate in these past 7 years. Zeref, on the other hand, I’ll bet has started a Guild and is probably becoming more and more of a grave threat. There is also the issue of what Guild is currently the strongest Guild in the country of Fiore, as Lamia Scale is only a close second. Added to that, we ALSO got some big hints of something that happened to Ultear and Meldy. Again, based on Gray’s question, and Lyon’s prompt and serious reply, I’m assuming they didn’t met some sort of end as well, and one that was pretty heroic and sad. Speculation for sure, but all these hints really made one thing abundantly clear:

Seven years had indeed passed, and man… had a lot happened in seven years. I think last week, I really was disappointed by the fact that Fairy Tail had essentially time warped its characters into the future, with little to no changes to the characters themselves. Of course, the story was taken in the most interesting direction with that idea in mind. 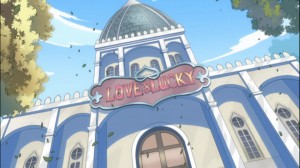 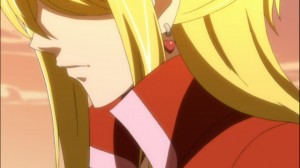 Everyone they knew had grown older, people they had just been talking to and dealing with had vanished, and most essentially, things had really changed, and sometimes, not for the better. Everyone essentially LOST that seven years worth of time, and in a way, they really are people who’ve time traveled to the future, but essentially can never go back to the past.

The whole concept of this idea, is extremely, extremely lonely. No place was the loneliness felt more than with Lucy. Indeed, the bulk of the episode focused on her relationship with her father, and man… was the whole thing extremely emotional. Lucy had just thought of going to see her father during the events of Tenroujima, and her father had begun to improve as a person as well. Of course, Lucy was totally robbed of any chance of seeing her father. 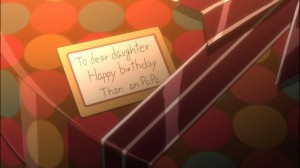 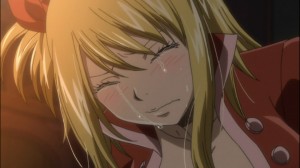 To add insult to injury, her father died only a month before she returned, which really really seems like a slap in the face as far as fate goes. Lucy’s reaction to her father’s death, and to the whole realization that she has indeed lost quite a bit in that seven year sleep, was very human and realistic in my eyes. I myself, have experienced and seen mutliple times where grief can take more than one form. Lucy’s emotional detachment from the issue at first, and then breaking down later when she returned to her apartment to find her Dad’s presents and her rent paid for, was extremely moving. 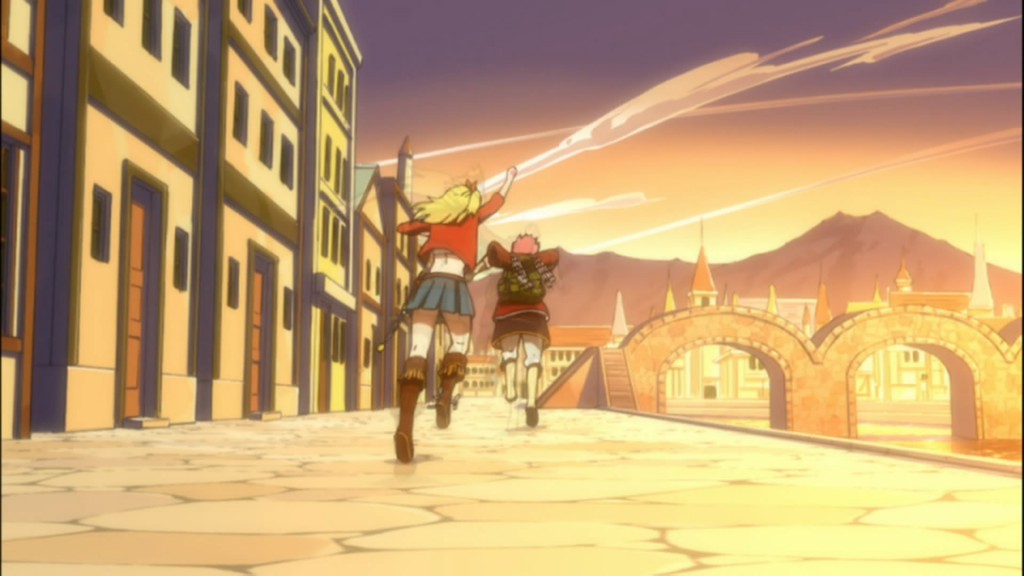 The end of the episode, with Lucy proclaiming that “While the world had changed, she and the rest of Fairy Tail would continue to live in it”, was as cool of an ending, as this whole issue could get. At least, for the time being.

I wish I could say I was excited for what comes next, but given that we are running smack dab into a bunch of fillers, I’m cautiously optimistic. The fillers for Fairy Tail have been really hit or miss, so we’ll have to see how they play out. Until then, I definitely think that the Tenroujima arc was exceedingly well done, and that we got some very epic changes and twists near the end. 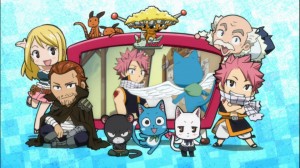 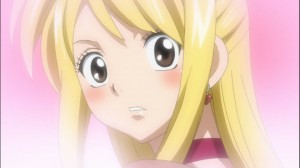 Next week is titled “Magical Ball!”, and seems to be a funny episode. Also, they are totally teasing some intense Natsu x Lucy, which is sure to torture fans of that ship who are like me and would like some more of that in  the anime XD