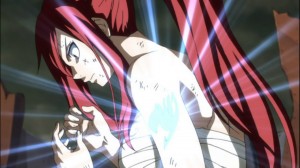 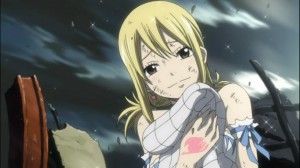 A hundred and twenty episodes in, and Fairy tail feels like its just warming up and getting ready for the good stuff. More than anything, Fairy Tail seems to be slowly taking its place as the one series to eventually, one day, stand beside One Piece was one of the best shounen series ever. While not quite there yet, the series is definitely brimming with immense potential. With this week’s episode we come to the end of another arc for the series…. or do we?

In many ways this felt like the standard ending to a Fairy Tail arc, and it was perhaps the best closing arc episode we’ve seen from the series. More so than ever, given how much punishment and pain our heroes have endured over the past few episodes, its been great to finally see them all get through it and be all awesome while doing it.

As suspected by myself last week, Purehito went down the minute the heart inside the ship was taken out of commission. What was interesting to note, was that the heart was actually Purehito’s. That seemed to explain a lot, as the source of his great power and long life time was all because of that heart. In essence, Purehito went and created his own little  Tenroujima, if only for himself. 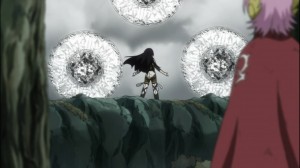 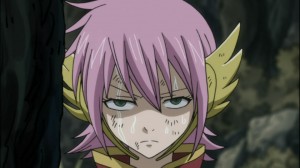 Speaking of Tenroujima, we had a reformed Ultear restore it back using her Time magic, giving Fairy Tail the ultimate edge back(Of course, now that Meldy knows of what Ultear did, I’m not so sure she’s going to let Ultear’s “second lease on life” be too entertaining. She looks like she’s ready to kill).

We had a great moment of Fairy Tail smacking him down and winning, with every character from Laxus to Natsu to Wendy getting a massively cool attack: 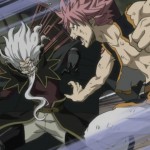 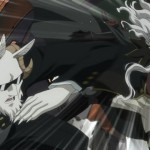 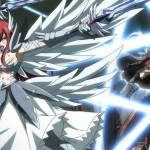 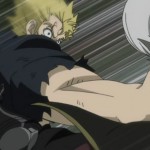 Makarov not really finishing off Purehito didn’t surprise me, its Makarov and Fairy Tail after all. I don’t think they’ve ever really killed anyone so far. That said, I definitely agreed with Makarov’s assessment that he had lost to Purehito, but the next generation of Mages, his children, had went on to defeat him. I totally totally didn’t buy the whole “If my heart and Tenroujima didn’t happen, I’d have won”. 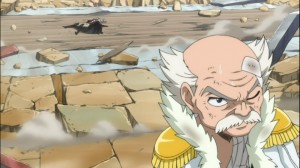 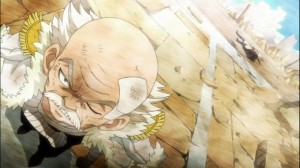 Firstly, Grimoire Heart had the element of surprise and caught Fairy Tail at an extremely divided time. They were obviously stronger to start out with. Added to  that, Grimoire Heart had its Heart and Fairy Tail had its Tree, both were on equal footing advantage wise. All of Hades prized men were defeated, his heart was destroyed and he was physically taken down THREE times. All in all, I’d say it was a crushing, overblown defeat for Hades/Purehito.

Following the end of the battle, we had some classic Fairy Tail bonding moments. It was overall, a pretty sweet collection of little moments, as things finally normalised and things began to go back to their usual crazy as far as Fairy Tail goes. 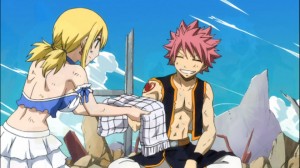 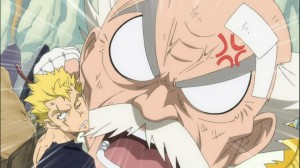 LISTEN TO YOUR ELDERS! 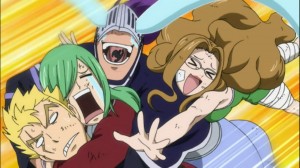 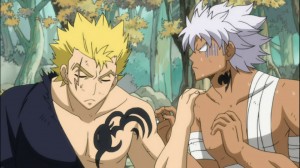 For Evergreen... There is only you! 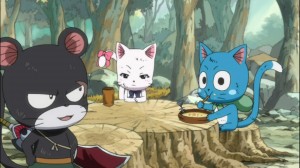 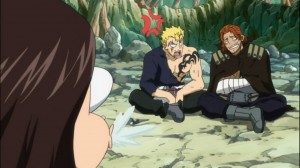 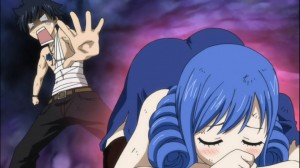 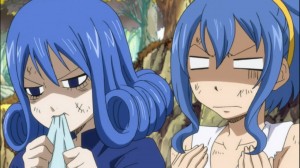 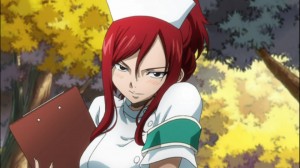 And oh so many more. The moments of bonding definitely made this episode all the more special as an ending episode. The big battle had been won and everyone was celebrating and goofing around with their friends. It was a good time, and one well deserved. 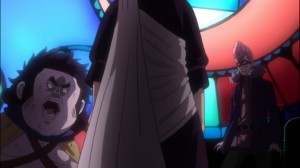 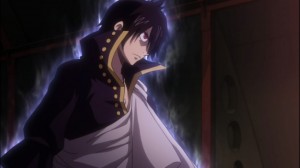 Of course, just as we were expecting a nice sweet ending to the story, we see the small remnants of Grimoire Heart, and none other than Zeref! He’s announced the end of the era, and well… it seems he’s done holding back whatever monster or thing Acnologia is. I’m sure we’ll finally get a look at what that is next episode. And of course, I’m curious to see how Cana’s fate and betrayal is going to be handeled. Well it just be glossed over and ignored, or are we going to see something more to it?

Either way, this week had a solid, nice ending episode, that really made me huungry for more. Next week can’t get here soon enough! 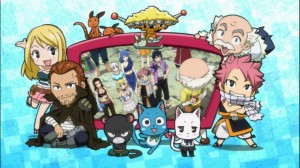 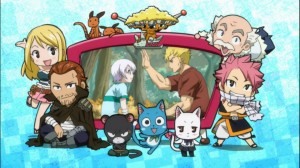 Seems like next week we’ll have some more plot threads resolved, like Cana’s big talk with Gildarts, Zeref’s intentions and a talk between Lisanna and Laxus? See ya all next week!

This week we have two shots of Nurse Erza: 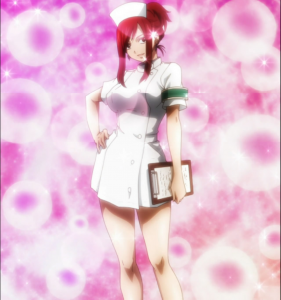 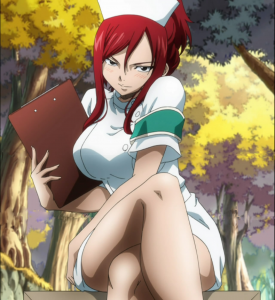