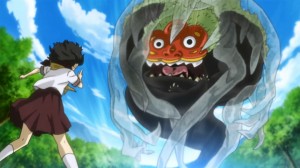 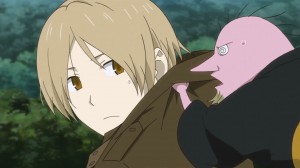 It’s not a bad thing to get to see a different perspective now and then. Though makes you wonder about people who just randomly start telling their life story XD. Just because you get stuck for a while in a well with someone doesn’t mean they care that much about you. Still joking aside it wasn’t bad to find out about Nanase. Can at least call her by name rather than the “evil woman from the Matoba clan.” Sadly not too much Natsume this week since the story wasn’t about him and unfortunately no Reiko either despite being mentioned numerous times in the episode.

The story of Nanase really does show you how different people can turn out. Nanase was born in that Matoba family and given a pretty tough upbringing because of her talent. But even still, she had a conscience and wasn’t just going to seal everything in sight. She had doubts about sealing the small youkai since he accidentally got involved. It does make you wonder what would have happened if she had run into Reiko (besides a smack to the head)? Instead she ran into Mikage who really had an impact on her mindset. Initially I thought he would turn on her and that would be why she became someone who could use youkai so callously. Instead it’s the way he talked to her and the lessons he taught her that helped form her beliefs. 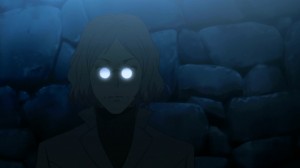 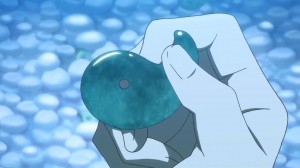 Honestly, the whole karma thing felt like a weak excuse. It’s fine to do anything, because that’s just your karma/duty. Exorcists seal evil youkai because that’s their karma. Mikage sealed youkai because that was his karma. Nanase sealed Mikage because that was her karma. You can see the pattern. Really you can just do anything and then say it was your karma to do it. Now I had no problem with her sealing Mikage because he was literally asking for it. Better to be sealed before he went dark and hurt others. Unfortunately this helped turn Nanase into someone who could do whatever the Matoba asked and just use karma to excuse it. It’s ok to do whatever they want whether it be sacrificing weak youkai or using people. She stopped having doubts and simply followed the rules of her family. Of course the episode showed that she isn’t completely dark since she came to find the stone. I might be too hard on the whole karma thing, but I just didn’t like how the episode used it. Just accepting your role as fate. Mikage never even thought anymore about what he was doing even though it tore his body apart. I can kind of see why Reiko refused to seal him and simply took his name. Who was Mikage to decide what Reiko’s karma is? 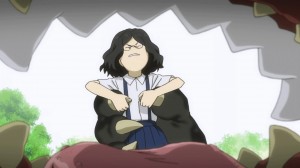 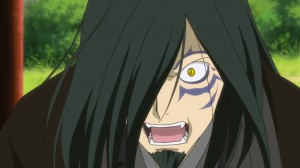 One disappointing thing was never getting to see Reiko. We’ve rarely seen her outside the first couple seasons and that trend seems to be continuing here. This episode mentioned her numerous times, but she never appeared. Sure, we can say this episode showed how her very existence shaped events, but I’d still have liked to see her. It is pretty amazing to think how much Reiko changed things, just by going around beating up any youkai who got in her way. Nanase would never have met Mikage otherwise.

In the end I’ll give the episode credit for making me feel sympathy for Nanase. Just a person in the end and it’s not like she started off like she is today. She’s another person who struggled because of the ability to see youkai and even more so because as a Matoba she wasn’t allowed to show sympathy. Just too bad that instead of having a chance to break away from her family the events of this episode firmed her up. Even now there is probably some good in there, but she’s still willing to do terrible things. Makes her a more complex person at the very least. 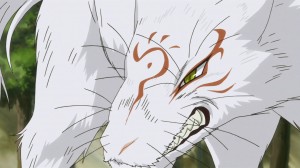 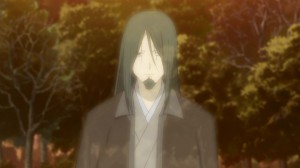 This wasn’t a bad episode (don’t think Natsume is capable of that), but probably is my least favorite of the season. Didn’t really like them teasing the idea that Reiko would appear. It did add some depth to a character that we didn’t know much about and told another good story of human and youkai interacting. As always it ended in separation, but at least Mikage was freed from the seal in the end. Next week looks like it will be interesting so I’m looking forward to it.
Score: A-