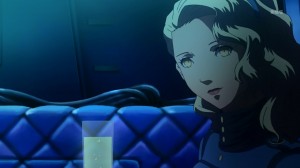 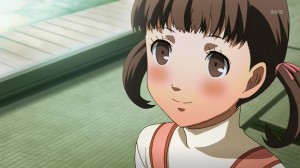 This was a pretty big episode in focusing on the ‘family’ that Yu is now a part of. Nanako and Dojima have been part of the series all this time, but this episode let us delve into their problems. It’s no shock that a death in the family would have a major impact that is still being felt by Nanako and Dojima, but in different ways. While Nanako obviously misses her mother, the real problem is the slowly deteriorating relationship with her father. He doesn’t say anything about what happened to her and she acts strong most of the time. At the rate they were going their relationship really would have vanished. Before Dojima realized it his daughter wouldn’t be a part of his life. She would utterly shut him out and eventually there’d be nothing between them.

Of course I can understand how Dojima reached this point. He’s a detective who is there to protect his town from criminals. He works hard every day to put people behind bars and keep everyone safe. That his wife would die in a situation like that and being utterly unable to do anything had to eat at him terribly. He could solve so many crimes, but when it touched his own life he couldn’t solve it. I can understand him wanting to solve that crime no matter what and bring that scum to justice. Unfortunately it seems like a pretty long shot case to solve. A car that isn’t from Inaba and no witnesses. At this point the best hope for the case would be the criminal feeling so guilty he has to step forward or someone who knows this person coming forward. Without some help solving the crime may never happen. 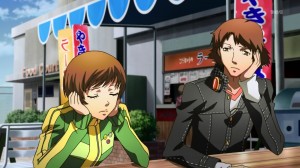 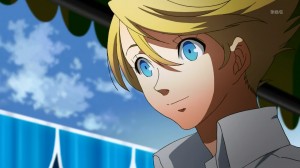 While I get why he wants to solve the crime he was losing Nanako in the process. He couldn’t face her and talk about what happened. Dojima couldn’t talk about something that painful and he couldn’t admit to Nanako that he couldn’t find the person responsible. The fact that the pictures were put away and never talking about his wife helps reflect how he ran away from Nanako. I’m sure he thought one day after he solved the crime everything would be fine again, but I think by that time it would have been too late. I don’t want to imagine what would have become of their relationship if Yu hadn’t moved in.

The effect on Nanako was of course easy to see. She didn’t know why her father became so distant and felt terribly lonely. Sure, Nanako could act strong and be responsible, but she’s still a young girl who’s lost her mother. And then came discussions about Heaven and missing her mother. A fine line was walked I felt between touching and worrying. A potentially difficult discussion about Heaven was handled pretty well by Yu. Nothing wrong with saying Nanako’s mother is in Heaven and will be watching over her. Though you do get worried as she asks about whether she’ll go to Heaven and wanting to see her mother. Can’t help sharing Dojima’s fears at the end of the episode before they found her. 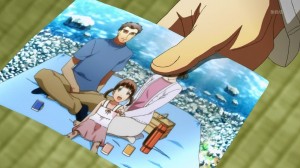 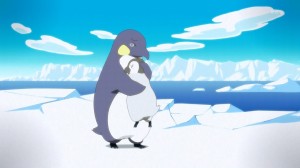 Interesting how a question of ‘real parents’ was brought into this. Normally you think about adopted kids finding their biological and thus ‘real’ parents. In this case it makes Nanako wonder if she isn’t real and that’s why her father acts the way he does. A little girl trying to rationalize why her father seems to prioritize criminals above her. Of course I’m sure she understands that he’s protecting the town by catching criminals, but when he abandons her when she’s sick…Anyways, I just felt bad for Nanako at times here.

I’m glad Yu moved to this town if only for this episode. He helped save this family and also truly integrate himself. Even when he goes back when his parents return, he’ll always be a part of this family of three. Nanako of course likes him and Dojima cares about him as well. Yu helped fill that gap that was growing between Nanako and Dojima. He pulled them back together and gave them a chance to really be a family again. 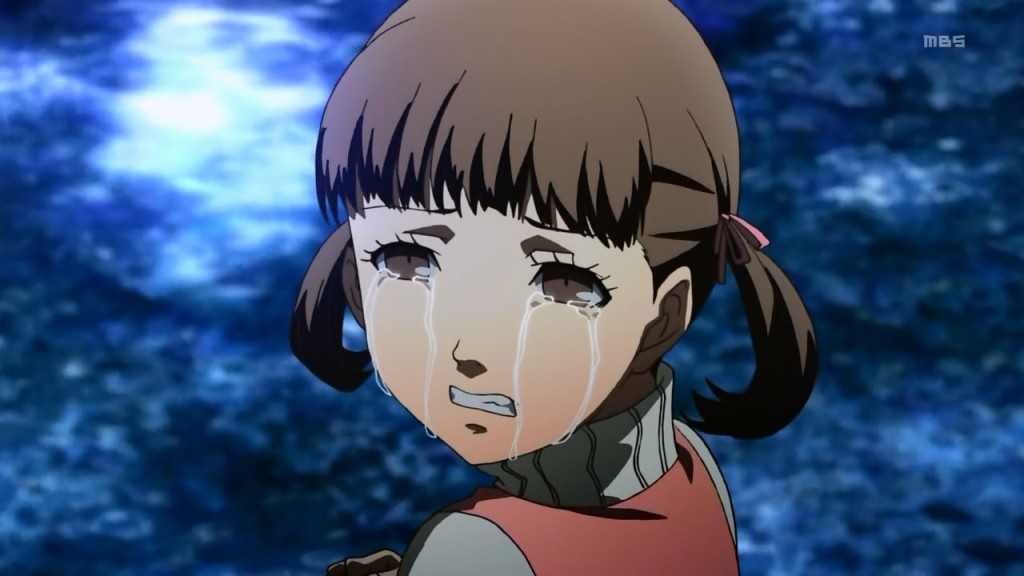 Thanks a lot Persona for nearly giving me a heart attack. They had to have an ambulance drive by near the end. Even I thought something had happened to Nanako. Still it was all worth if for that scene with Nanako and her father hugging and crying. Everything was just let out right then and there. I think it goes to show how loveable a character she is. Has easily gotten everyone in Yu’s group (and the viewers) attached to her. Nanako really is damn cute. It was a tough episode but it will make Nanako happier in the long term. 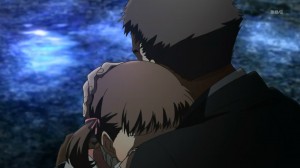 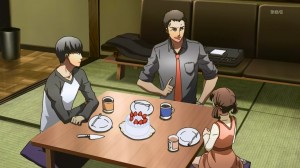 With this episode we cover the Hierophant and Justice arcanas. It also brings us closer to the end of the series. It’s at times like these that I do get a bit worried. They do have quite a bit to cover here and not a lot of time to do it. Assuming they go for 26 episodes (I really don’t think it’s possible to do in less) it will still be close. I’d prefer closer to 30, but they have to work with the structure that exists. This will be a wild ride to the end and I hope it all goes well.
Score: A+