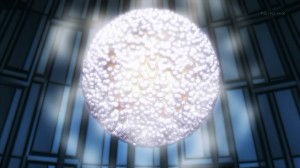 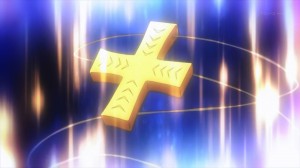 This was a necessary episode for setting up the upcoming battle. After all that happened the characters really needed to dig deep and find their reasons for fighting to the end here. For Shana her focus was already good to go, but it was a good idea for everyone to think a little about what they needed to do. Plus really viewers just needed a solid reason to go along with this stop Yuji battle. Everything is just getting setup, from Bal Masqué to Pheles. Everyone is moving ahead with of course Misaki City being the last battlefield for the series. Funny enough that Yuji wanted to protect that city and yet again is going to bring a battle to it.

I’m glad Shana could give us something worth holding onto when it comes to being against Yuji. Certainly a good argument that all this will do is delay a great disaster. If one only cares about the people living right now then it’s a fine plan. The people Yuji cares about will be fine and and that’s all good. Of course it is sacrificing the future since in the worst case a disaster will everything from the Guze to the human world. Save some people now and have billions massacred in the future? So Shana is taking the approach of continuing the current situation which will sacrifice people right now, but potentially save a large amount long as humanity doesn’t self-destruct. Take the painful middle of people dying every day to prevent a future where there aren’t any people at all. I can at least get behind it enough to say it’s fine for them to go out there and fight. I wonder what role those rings Shana had will play into the final battle. We know all about the Anti-Flame ring that Yuji has, but clearly Shana has a strategy in mind with those rings. 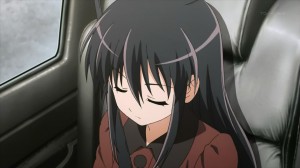 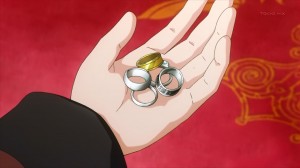 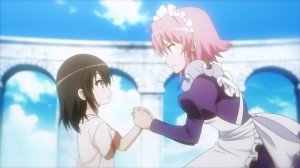 It was nice to see how everyone was thinking about what they should do. Of course Rebecca being the simple one who is just going to go and fight XD. A very simple approach that she owes Carmel so she’ll keep fighting beside her. Similar for Carmel who already decided that she would follow Shana and support her. Khamsin really took the simple approach to decide what he would do. Shana’s thinking made the best sense and so he’ll go along with it. Has been around long enough that he can simply look at things like that. Of course Margery isn’t one to miss a fight. She’s put aside revenge so Yuji’s lines couldn’t affect her anymore. Having come this far she’ll see things through to the end. Of course Keisaku is going to go since he’ll stand with Margery no matter what. Seere and Chiara also decided on their paths. Of course Seere is pretty interesting bringing up that he’s a Flame Haze that was made by someone else. So a unique person from the norm who at least decided to make their contracts. Chiara is going to go by Shana’s reasoning. It sounds like the right thing to do so might as well go with it.

I did feel some sympathy for Carmel who has watched this rapid growth in Shana. A girl who doesn’t necessarily need her anymore. Shana has grown a lot over the past 3 seasons and a lot of it was caused by Yuji. Of course the core values that Carmel and Alastor gave to her are important parts of who Shana is right now. For a small moment thought Carmel might be the surprise person who didn’t go, but that didn’t happen. She knows what she has to do and will follow Shana right to the end.

Good to know Shana’s love for melon bread hasn’t been lost. Things have been so hectic and busy that she really hasn’t had a time to just enjoy one in a while. This little moment of peace is precious since they will be heading back into battle relatively soon. After all she has gone through this kind of relaxation was important. Easy to forget she was a prisoner a few episodes ago. 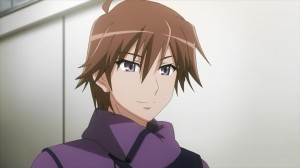 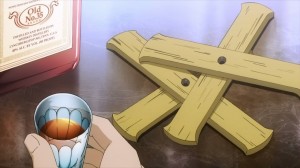 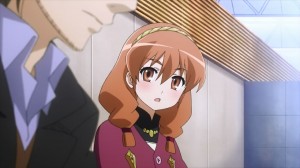 Nice little focus on Yuji’s parents. Suppose they might be setting up Yuji and his father crossing paths, though with no memory it might not be too eventful. At the very least it seems like Yuji’s family will be fully assembled when this battle gets underway. It might not mean anything, but just a curious thing that Yuji’s father would head home at this time.

Wonder what kind of role the Tomogara we saw hanging out together will play. If Bal Masqué is calling for help I’d assume that they are Tomogara. But seem like a pretty quiet sort at least from their boss. Just wants to enjoy his nice weather, familiar neighbors, and a cup of coffee XD. Somehow I don’t think they will get a choice to stay quiet since it appears Pheles was looking for them.

On that note I wonder what Pheles was up to there. We know it has something to do with Johann, but the specifics are hard to guess at. Probably safe to say that Johann realized that the Snake of the Festival was inside Yuji and needed Pheles to prepare something. But at the same time it seems like something Pheles is reluctant to do. Is she waiting for Kazumi to use that hougu? If so I almost hope she waits forever since the idea of Kazumi sacrificing herself like that doesn’t feel right. Of course possible that Pheles lied about what the hougu will do, but I’d rather she not use that kind of thing. No reason to destroy herself especially if Yuji has already made his choice. 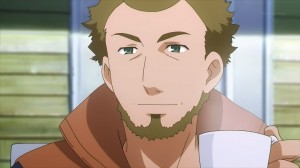 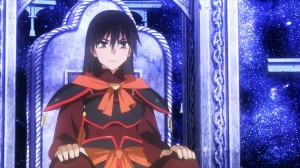 Of course now the struggle is to get the three gods to join up with Shana’s group. They will need people of that level if they are going to fight against Yuji and Bal Masqué. Seems like next week will be eventful with Yuji visiting Misaki. Good luck standing up to something like that Eita. Wonder what business he could possibly have with Kazumi and Tanaka? Anyways, a good episode to help illustrate the various character’s mindsets.
Score: A-