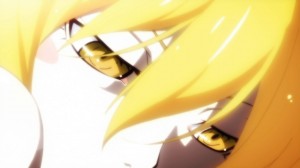 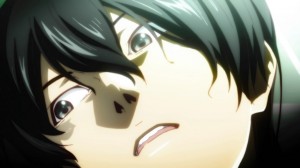 Despite the pressing concerns and intense cliffhanger from last week, we actually get a very slow moving and contemplative episode this week. Like Bakemonogatari before it, Nisemonogatari can spend an entire episode with little to no plot progression, yet be extremely endearing because of the exchanges between its characters. And boy were there some big discussions this episode. 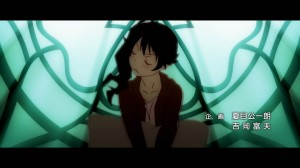 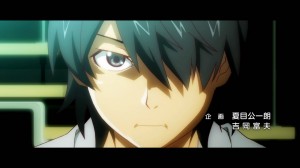 First, we had the whole exchange between Koyomi and his sisters, with Hanekawa present. Koyomi’s idealogy about being justice or simply playing a game as an ally of justice was right on the spot. The first requirement for being a hero is not to be right, because pretty much anyone can be right or discern right from wrong. No, the real thing a hero needs is strength, the strength to overcome all odds and emerge victorious. Its because of this that we love heroes in general, because despite whatever bleak circumstances they find themselves in, they always find a way out.

While Hanekawa and everyone else may think that Koyomi is being a bit too harsh, I think it just shows that he not only cares for them, but is truly fulfilling the role of the older brother, and teaching them a very important concept. 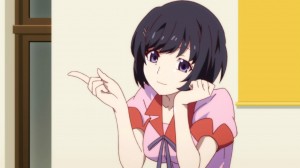 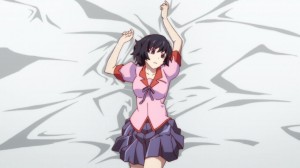 Of course, The talk with Hanekawa pretty much clued him into what was going on. Like a beautifully crafted web, everything finally connects to the central issue. Namely, that Karen has been poisoned by Kaiki, and that Koyomi now has to find a way to fix it.

It was interesting to learn that the big hold that Hanekawa had over Senjogahara was that she would ask Koyomi to be her boyfriend. I think, at the core, Senjogahara definitely realizes that Hanekawa is a true rival, and equal, and perhaps even a bit of a superior? Either way, it seems that Senjogahara doesn’t know that Koyomi already chose her over Hanekawa. Of course, even without Hanekawa’s phone call, I’m pretty sure Koyomi would have been able convince his girlfriend of his impending need to help his sister. It was with Senjogahara’s blessing, afterall, that Koyomi helped Hanekawa deal with her cat form ages ago. 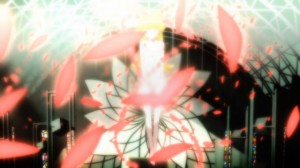 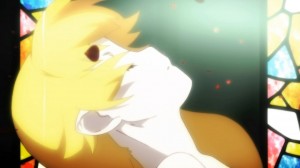 That said, when Koyomi decides to take a bath to cool, we are reintroduced to a rather bizarre and different Shinobu. This Shinobu is extremely talkative, and reminds me a lot of “Mina Trepes” From SHAFT’s recent Dance in the Vampire Bund adaption, although their voice actresses are clearly different. Given that I haven’t read the novels and given that Kizumonogatari hasn’t aired yet XD, I’m not exactly clear on what exactly went down between Shinobu and Koyomi. Either way, Shinobu and Koyomi were enemies at one point, I’m assuming Shinobu turned Koyomi into a vampire before Oshino helped him transform himself mostly back. Now though, the two of them share one body, or to be more specific, Shinobu exists inside Koyomi’s shadow.

While there was the pressing issue of Karen’s poisoning, Koyomi really had to quell the issue of Shinobu and himself before he could head out and do anything about Kaiki. The relationship that Shinobu and Koyomi share is an interesting one. It seems that they’re both stuck with each other, and have not only decided to make the best of it, but have even grown to respect one another. Added to that, It seems that Koyomi will be largely ageless because of Shinobu and might outlive Senjogahara and the rest of his loved ones. 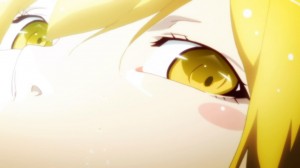 A scary prospect, but I think Koyomi was definitely in the right to not kill Shinobu and give her what he wants. While the context for why he “hasn’t” forgiven her eludes us, I think the decision to air Nisemonogatari before the prequel Kizumonogatari is a sound one. It just makes us all the more curious to see where the whole thing started, and how Koyomi became a person who is now able to deal with the supernatural.

Of course, the talk between Koyomi and Shinobu wasn’t all just a sort of war of words. Shinobu is pretty much the database of Supernatural knowledge now that Oshino is gone, which is probably why Oshino was fine with leaving Koyomi on his own. It seems that Shinobu can’t “eat” the disease that is inflicting Karen, and hence, it seems like an eventual clash between Koyomi and Kaiki seems inevitable.

Also, yes, the loli-fanservice was back again, and not only that, there was some serious Koyomi fanservice for the female viewers as well XD. While the fanservice is a bit extreme, I didn’t find it uncomfortable because at least Shinobu is essentially four hundred years old, which, in the grand scheme of things, makes it okay IMO. For those of us who don’t know though, I’m sure it was quite a shock: 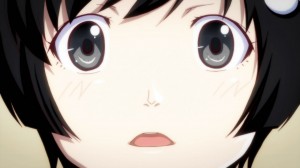 All in all, while not a lot happened in terms of plot progression, a big part of the franchise as a whole was revealed, namely the dynamic between Koyomi and Shinobu, and that in itself, was not only extremely entertaining, but very intriguing.