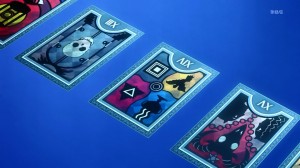 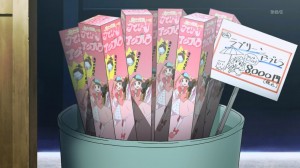 It’s kind of a relief that this whole adventure started because Yu wanted to do something for Nanako. Wasn’t happy he left Nanako alone to just go arcana hunting. At least it was motivated by a desire to not have Nanako come back while soaked and maybe get sick. Replacing that umbrella was a decent enough excuse to start all his troubles with. As expected it was a bit crazy going through the Hermit, Death, Devil, Tower, and Temperance in one go. They did have some things to tie together with the last episode, but most of the developments had to come within this episode. In the end it was fairly satisfying and more so than I might have expected initially.

Of course pretty much all of the arcanas had to be changed pretty drastically from their initial developments. The core of each character was still there and the moral of their story mostly remained the same, just that events had to happen in a much different way than in the game. I wouldn’t spoil, but just want people to realize they weren’t stories you could just breeze through. There was some creativity in how they tied everything together which was nice and probably necessary since it would have been too strange otherwise. In the end though would encourage people to just check out the game if only to really see the full story for these characters. It was a nice alternate version. 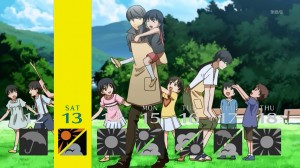 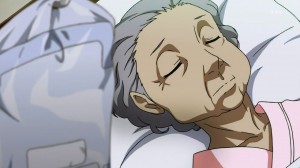 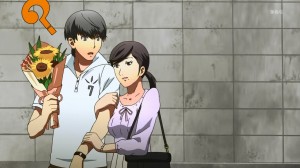 I think the one who suffered the most though was the old lady. They really didn’t get much into exactly what went down with her late husband and why she was so willing to throw away a memento like that. It’s necessary to have cuts, but I kind of felt bad for her. Still I suppose in a series with this much plot they have to reduce characters like her to mysterious figures that mostly serve to power up the main character’s personas.

Can really argue that each of the characters covered lost their full impact. The kid Shu wasn’t too badly handled since you could see the divide between him and the class. Of course there is a lot more to why he has those issues than simply looking down on his classmates, so hopefully people don’t think too badly about him.

The nurse wasn’t too badly handled really. They didn’t dive into her history too much, but showed some of the issues she had with her job. Certainly can suck that you invest into these patients and then they are out of your life. Some depth to her issues with the staff and really the most fun is just having her hit on Yu. Watching her drag Yu around was plenty of fun by itself really. 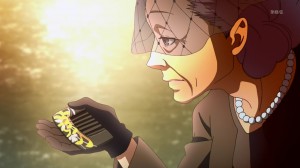 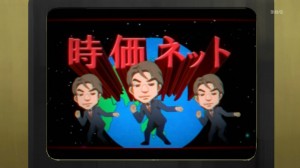 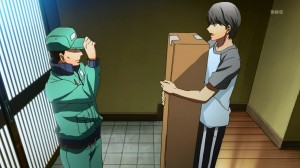 I was utterly shocked with how violent the Temperance arcana got. Eri and Yuu (the kid) certainly had their issues and can see how they were under pressure themselves. The key of their story remained the same in having Eri be given a child to care for. The husband isn’t around much (think he’s on a trip) so they are kind of stuck together and feeling each other out. Was nice to see Yuu step up for his stepmom though against that damn jerk of a woman. I’m surprised Yu didn’t hang up after Eri was cared for and call Dojima to arrest her. Sure the kid charged her, but if she swung that thing hard enough for Eri to be bleeding on the ground…Woman should be in jail. Not like she left a good impression throughout the episode anyways. Regardless, it was a violent way to get the two together, but I suppose it was fairly effective. Nothing like violent assault to build a bond. It worked to help Eri care enough for Yuu to protect him with her body and for Yuu to be that worried about her getting hurt. Simple, but effective.

The Tanaka sale moment was total win for me though. I wondered if they could fit him into the series because they had made changes and the characters didn’t need equipment. But in the end they found a cool way to have that sales guy in the story by selling that super fishing kit. It was hilarious watching Yu go all “Persona” when battling the fish. Now that kind of humor can definitely work with the series.

They had to hurry the group events at the festival but the result was fine. That evil Kuma going around and stealing all the girls…I’m sure they were disappointed though considering the affection Yu has been gaining. No doubt that Rise was going to immediately latch onto Yu if she hadn’t been swept up in the whole thing. A cold day for those guys… 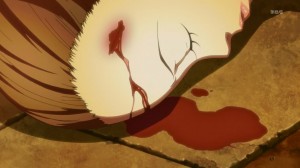 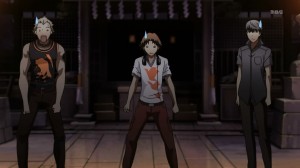 Everything worked out in the end. Yu paid for all the stuff he had to and Nanako got her umbrella. If they had to rush some arcanas so they can give the main story the time it needs then this was the way to do it. If I knew nothing about the game I probably wouldn’t think twice about saying how good an episode this turned out to be. Besides sometimes have to treat each medium differently. Bring on the next episode XD.
Score: A-