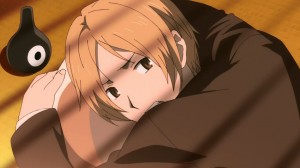 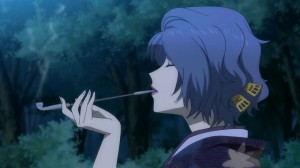 I think this episode was important to just let us know how much strength Natsume has. Whenever I think about how he could be personally stronger, this will be a good reminder of how he almost doesn’t need to get stronger. His kindness and desire to help has forged a strong bond with people and youkai that gives him all the protection he could ever need. Whether it’s Madara, Misuzu, Hinoe, etc, Natsume has a lot of youkai around him that will step into danger for his sake. Of course he also has human friends ready to stand at his defence which just makes him even more protected. This episode was important to show the strength at his disposal and how different he is from both the Matoba Clan and some extremist youkai.

The Matoba Clan constantly show how just how different people can be. Just because they are both humans and can see youkai doesn’t mean they will get along. Natsume and the Matobas just have completely different belief systems. Natsume is likely the one who went through the worst experiences and yet has come out of it the better person. Of course it really is thanks to the Fujiwara couple and others who gave him the ability to believe in others. Likely the Matobas just grow up in that dark environment always seeing youkai as evil creatures who should be enslaved or destroyed. Thus Natsume and the Matobas can’t get along. I’m sure the Matobas would love to make use of Natsume’s potential skills and if they ever found out about the Book of Friends they would do anything to get their hands on it. People like that who can only think of how to abuse the power of that book. 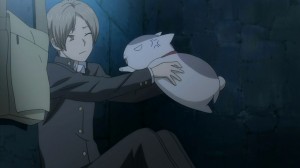 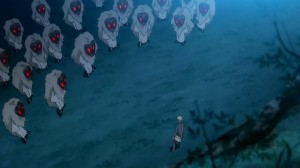 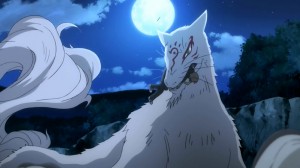 Of course it’s not like the youkai are all good guys and free of prejudice. From the start they didn’t trust Natsume and made anything he did seem like it was evil. He tells them to escape before they are caught, it means he tried to get them captured….Sure they have been through some rough times, but they never wanted to listen to what Natsume had to say. Guys like that having the Book of Friends wouldn’t be much better since I could see them starting a war against humanity. Their leader seemed like a rational person, but it was still for the best that his followers never got their hands on the book. Matoba brought up the question about the differences between humans and youkai and yet I wonder about how many differences there are beside physical. Both can be completely absorbed in their prejudices and do some terrible things if they feel its necessary.

It was fun to see how many would come to Natsume’s aid in this episode. Misuzu of course is a powerful youkai that few would want to mess with and Hinoe is probably pretty strong. Just those two along with Madara are enough to topple most enemies that they could run into. Even that older Matoba woman hardly wanted to mess with Misuzu and Hinoe when meeting them in the woods. Better to walk away with her tail between her legs then die then and there. Shows as well why Reiko was so feared. She had such amazing power on her own, but could command such powerful youkai as well if she chose. Of course in terms of back-up we can’t forget about the middle class youkai….they are nice guys. Natsume also proved how kindness can pay off since at least one of those monkey youkai accepted Natsume by the end.

Good for Nyanko that he got a chance to put Matoba in his place. He did get caught offguard by that one attack, but it proves that when he’s ready he can handle anything. Kind of funny that the one who calls youkai deceptive needs to fight in that fashion in order to win a fight. Matoba is lucky that Natsume is a good guy or else Nyanko so would have killed him when he had a chance to. 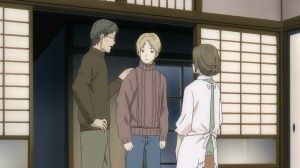 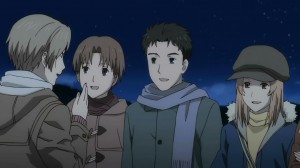 I think this was a good couple of episodes that got us right back into Natsume. It showed how neither side of humans/youkai are perfect, but both can get along if they actually try. We pretty much got everyone reintroduced minus a few characters so now the series can go right back into telling its stories XD.
Score: A+