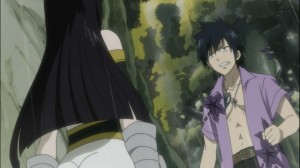 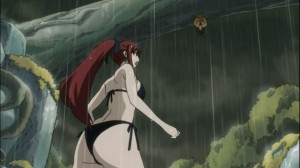 And there we have it! The last episode of the year. Things definitely felt like they were going onwards towards the next stage now, with some battle concluding and others about to begin. The war between Grimoire Heart and Fairy Tail rages on, with a potential end in sight? 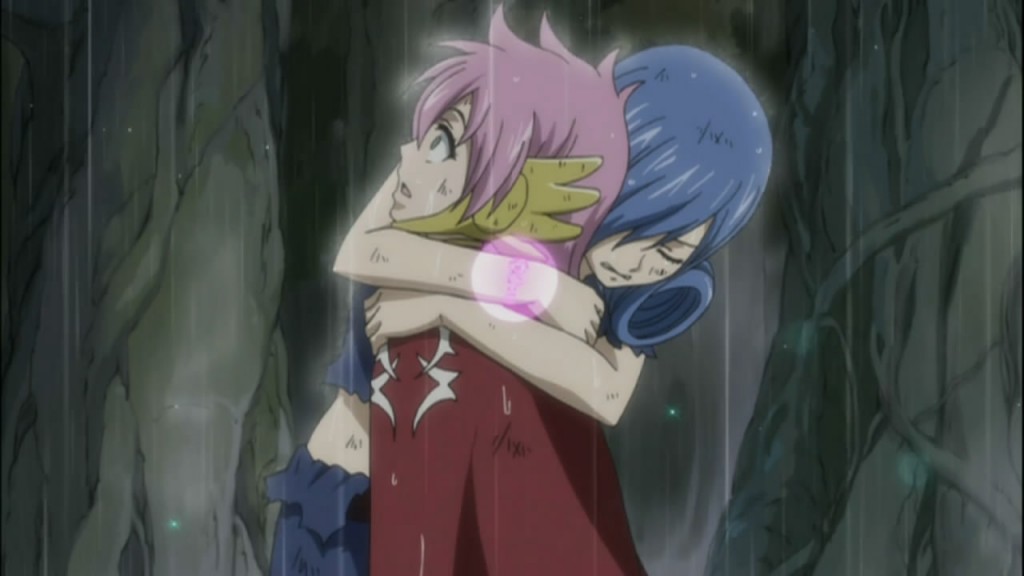 Juvia and the power of love conquer all!

We actually picked up right where we left off last episode and dove right into the Juvia vs Meldy battle. I gotta say, I liked the resolution to the fight. Juvia used her and her opponents feelings of love for the people they cared about to defeat her and knocked them both out. If there’s one thing Juvia has probably mastered at this point, its loving someone earnestly and honestly. It really makes me root for Gray x Juvia XD 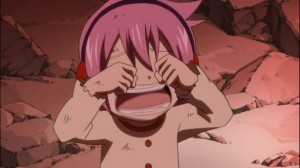 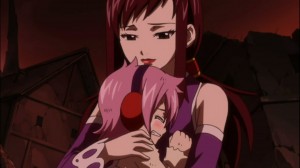 The little flashback towards Ultear was insightful, but also quite confusing. From what the series has shown us thus far, Ultear is one messed up chick. I don’t even have to go very far back, as just a few episodes ago she was creeping all over Zeref. Considering all of that, the flashback truly confuses as it almost makes Ultear look like a good person. Further confusing us was her whole exchange with Gray. The fact that Ultear was being so damn reasonable and noble, only goes on to convince me that its all an act and a mind game on Gray. 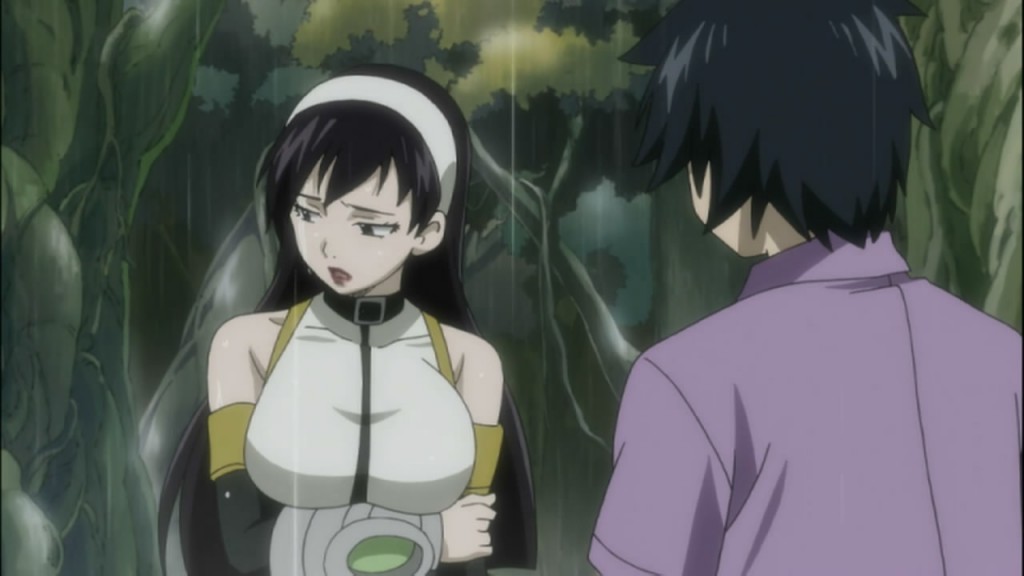 Ultear being honest? Or Messing with Gray?

I’m fairly sure that Ultear’s whole “I’m carrying out my mother’s will” is either her own twisted fantasy, or an attempt to mind rape Gray. Either way, we’ll be seeing Gray break through this and get to the truth in another episode, as there were other interesting things waiting to happen. 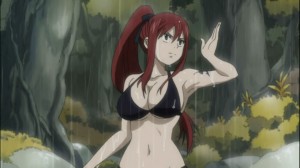 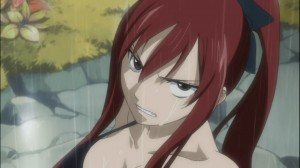 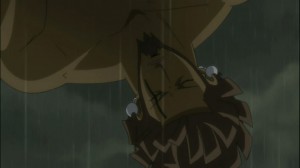 We also have Erza prancing around in her swimsuit this episode and running into Azuma. I’m curious to see whether Erza can hold her own against Azuma or not.

Also kind of following a trend from this arc, this episode made it really dire for Fairy Tail once again, as they went from “we might have a chance” to the “we’re in the worst possible situation”. Firstly, we had the Fairy Tail camp attacked by Rusty Rose. Now, given that all they have are a severely depleted three mages and three injured, that doesn’t bode well for them. 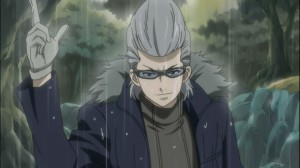 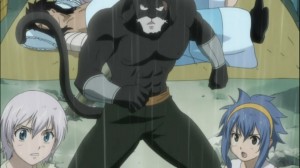 I don’t doubt that Lisanna, Levy and Lily can handle Rusty Rose in their curreent state. Lisanna turns her hope to Natsu, hoping that they can hold out until he gets there.

Of course, Natsu has his own problems to deal with, as he runs into none other than Bluenote. Talk about horrible horrible luck. As expected, Natsu and the rest are effectively rendered powerless as Bluenote unleashes his power. Bluenot has one fearsome ability, as he can freely control gravity., It is kind of funny that the rain is so concentrated on him until he decides to push it away. At  the same time, I have no idea what Natsu can do against this guy. Unless Gildarts makes a return,  I can’t see anyone being able to do much against this guy. 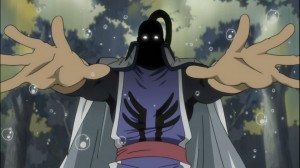 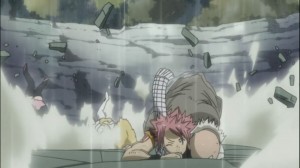 On a side note, it is quite interesting that Bluenote is actually interested in Mavis’s Grave. Could he too have some manner of a relation to Mavis’s grave? Or does the grave hold some manner of significance? Maybe the grave can give some form of power up to those who are deemed worthy. It would explain why Makarov wanted everyone to find it. There could be some other significance though as well, because I just can’t bear to think that the selfish Cana is going to get a power up for ignoring her friends and finding the grave. 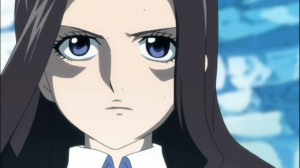 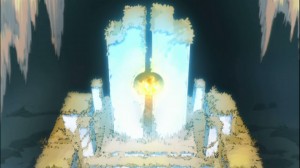 Oh yeah… Cana finally reached the grave,  and we also got her big reason. She wanted to meet her DAD? Really? Big  whoop. Natsu has pretty much the same end goal in mind, but I’ve never seen him abandon his friends for the fact of meeting a loved one. This just further cements my hate for Cana, and I just really hope the grave obliterates her.

The grave is glowing though, so its a surefire that something is going to happen. What though? We’ll be waiting 2 weeks before we get an answer to that, as Fairy Tail will not be airing next week. Fear not though! As some people have pointed in the comments, we’ll be getting a new OP/ED set after the 1 week break. 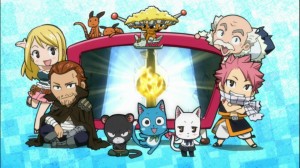 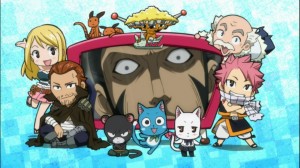 We finally get to the whole deal with the Grave, and see what relation Bluenote has to it. We might also dive into Cana’s past, but who cares? Oh also, Gray might get more insight into Ul and Ultear’s relationship. See ya all in two weeks! XD