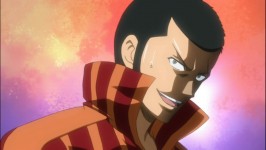 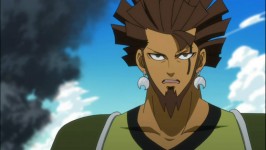 Note: The I’m a Fairy Tail Contest is still taking entries! Enter for a chance to win the First Blu-Ray or DVD Volume, as well as copies of the first manga volume! This is the LAST week before the contest deadline guys! Enter now!

What an episode! This arc has managed to raise the stakes for Fairy Tail with every consecutive episode. Episode 103 really put a whole new level of danger for Fairy Tail though, with perhaps even the strongest member of the Guild at a severe disadvantage. Its excellent character moments like the one found in this episode, that really makes Fairy Tail a true joy to watch every week.

Before we dive into the big thing of the week, I’d like to point out how wrong I was about the whole Mest thing, while having been right at the same time. WTF you say? Well basically I called it right the first time, that Mest was a member of the magic council, but the show did a pretty good job of tricking me into thinking I was wrong. Its the classic “shift to a scene” without really confirming something, but it worked nicely.

Mest was indeed part of the magic council, and was really just snooping around to find something to bring down Fairy Tail. And to be honest, he kinda did find Zeref, not that it was really Fairy Tail that were hiding him… or were they? I dunno, Makarov or even the first Guild Master of Fairy Tail, might have kept Zeref on Tenroujima to make sure wars and problems don’t escalate. This leads to some sweet irony later on , but I’m getting ahead of myself. 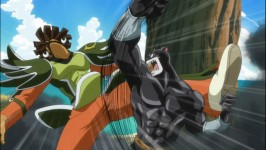 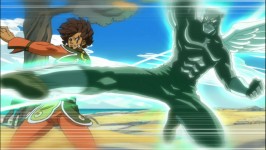 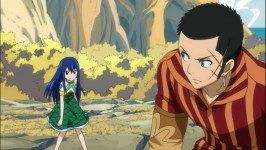 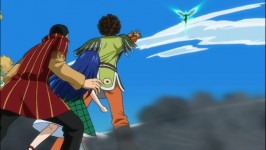 We had Panther Lily continue his badassery, really taking on Azuma, the attacker from Grimoire Heart. It was nice to see Wendy use her Dragon Slayer magic in tandem with Panther Lily and Mest’s transportation magic. It was a decent plan, but really a plan that a child would come up. I really gotta wonder what both Lily and Mest were thinking, leaving all the battle strategy to a kid XD It was a decent plan, but as expected, Azuma saw right through it. 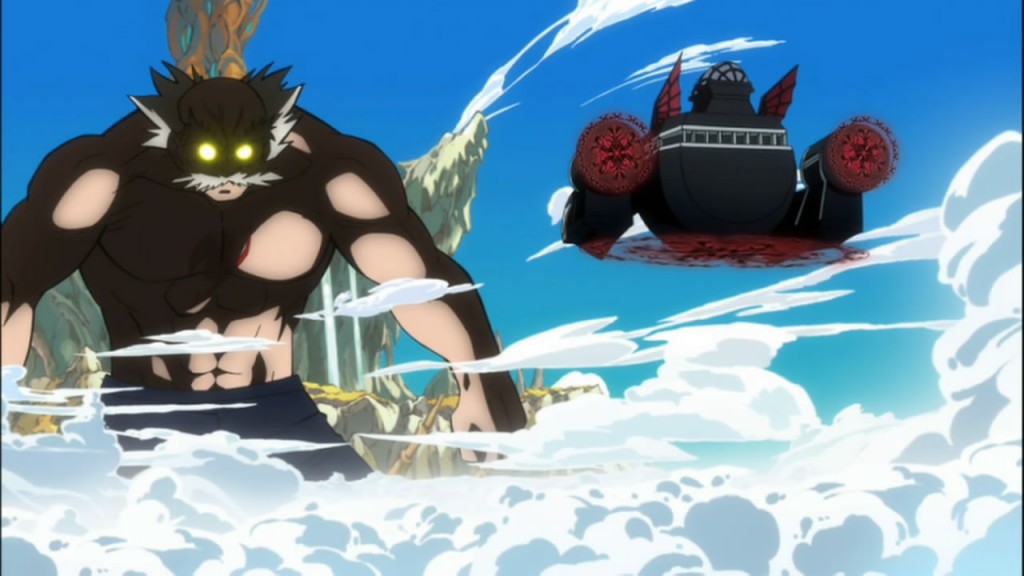 Of course, the real show was stolen by Makarov, as the guy morphed into a friggin giant and took on the entire Seven top guys of Grimoire Heart on his own. You’d think Makarov to be too old for battle, but man did he decimate the ship. If it weren’t for Ultear’s lost magic, that would’ve been the end to that. Of course, Ultear and the rest headed to the Island, while the guild Master of Grimoire Heart, Master Hades, remained to face off against Makarov.

We get a bunch of shots of the teams that are going to be facing off against Grimoire  Heart: 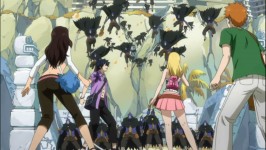 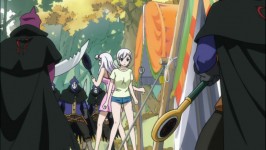 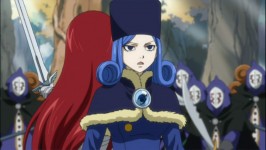 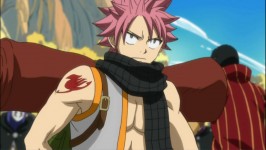 But really, the highlight of this episode stemmed from a little flashback to Makarov’s past, about 48 years earlier. We got to see a 40 year old Makarov being given the job of being the third master of Fairy Tail. Now at first, I really thought this was just a development flashback for Makarov. It really did show a much different, less wise and less responsible Makarov that was given the job of leader when he clearly didn’t think he was ready. As nearly anyone who’s watched Fairy Tail can attest to, Makarov has done an amazing job with Fairy Tail, and is one of the coolest elderly wise characters in the show. Of course, this flashback actually setup the real shocker of the episode. 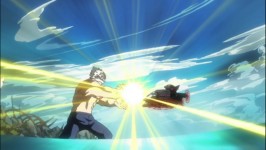 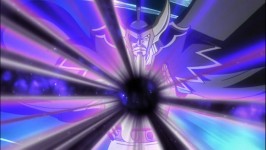 Master Hades was actually the second Master of Fairy Tail. Makarov’s own master has come back as the leader of a Shadow Guild (Shadow is a more accurate translation than Dark). Wow, I would so not want to be Makarov right now. He probably looked up to Hades/Purehito at some point. To see one of the sacred masters of Fairy Tail come back as an evil bastard obsessed with unlocking the secrets of Zeref…. well its just sweet irony. Even more so if the first Fairy Tail Guild Master actually hid Zeref on this Island. 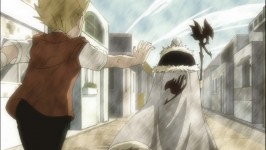 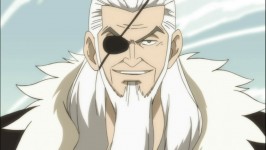 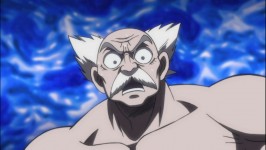 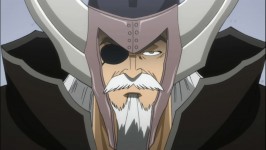 Either way, we have Makarov, arguably Fairy Tail’s strongest Mage, facing someone who is older, more experienced and probably more powerful than even him. Added to that, Fairy law is out of the question, as Grimoire Law is a very powerful deterrent to it.

Now, not only is Fairy Tail in a pinch, but Makarov really has an opponent that is going to give him quite the challenge. I really do wonder how damaged Fairy Tail will get at the end of this battle, and I’m wondering if we might see a character or two die from the  main cast? This is really turning out to be the ultimate battle for not only Fairy Tail as a guild of Mages, but for their entire spirit and idealogy, as one of their own great Masters is attacking them head on. 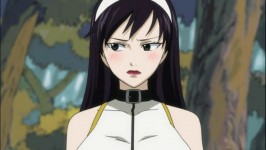 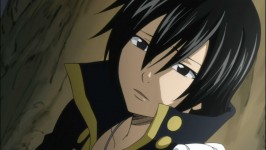 I guess the power of Zeref must be THAT much tempting, for one of the very Guild Masters of Fairy Tail to end up on the side of evil. Zeref himself seems to be emoing it out, as another war is going on for him. What is interesting is that Ultear seems to know him, and might have a very personal reason for wanting to find him XD

The battle intensifies as Makarov and Hades duke it out, along with the other members of Fairy Tail dealing with the sudden attack.