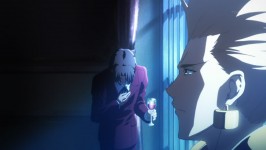 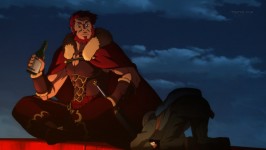 After two episodes of extreme intense, episode 3 turned down the excitement factor a bit for some good old plot development. I think one thing that this series will probably continue to deliver, on a weekly basis, is a good dose of surprises. Despite being a bit slower than the past two episodes, this episode really did surprise quite a bit. Especially as far as the characters and their plan goes.

The first thing the episode tackled was the whole Kirie attacking Tokiomi last episode. As probably many people suspected, it was more of a fient than anything else. To what end though? I seriously don’t understand. What is really freakingly scary is that Kirie has not one servant, but a whole friggin legion of them: 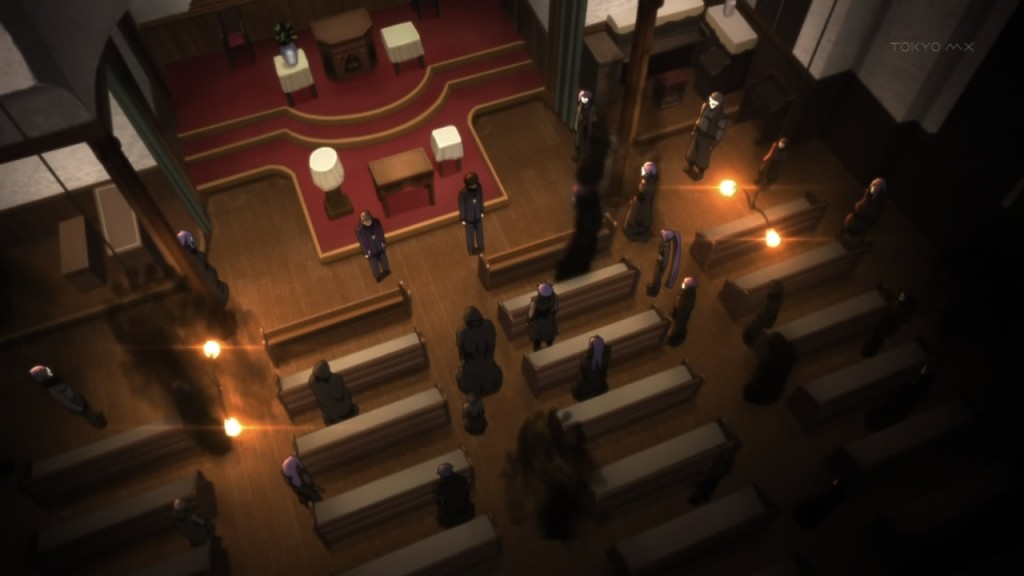 Kirie and the Church Ain't above Cheating, that's for sure!

I guess in some ways it makes sense for Kirie to pretend to resign from the battle. No one will be expecting the Assasin’s to come crawling out of the wood work now. The one thing I’ve got to wonder about is how many Assasin’s Kirie has got. Does he have an unlimited stock of them? In that case, as long as he’s in the church, he’s practically invincible and can keep throwing Assasin’s at the other masters without them being able to touch him. The perfect support for Tsukiomi, not that he actually needs any form of support with Gilgamesh as his servant.

That said though, Kiritsurgu seems to have figured out that Kirie and the Church are basically cheating, and tells his subordinate to send a familiar to monitor the church. Now as far as Kiritsurgu goes, I thought I had the guy figured out, but the series just keeps add layer upon layer to his personality. I’m not sure what to make of the guy now. Is he a good person? Is he someone who aspires to be good? I’m not sure what to make when he does these kinds of things while the mother of his child is out risking her life: 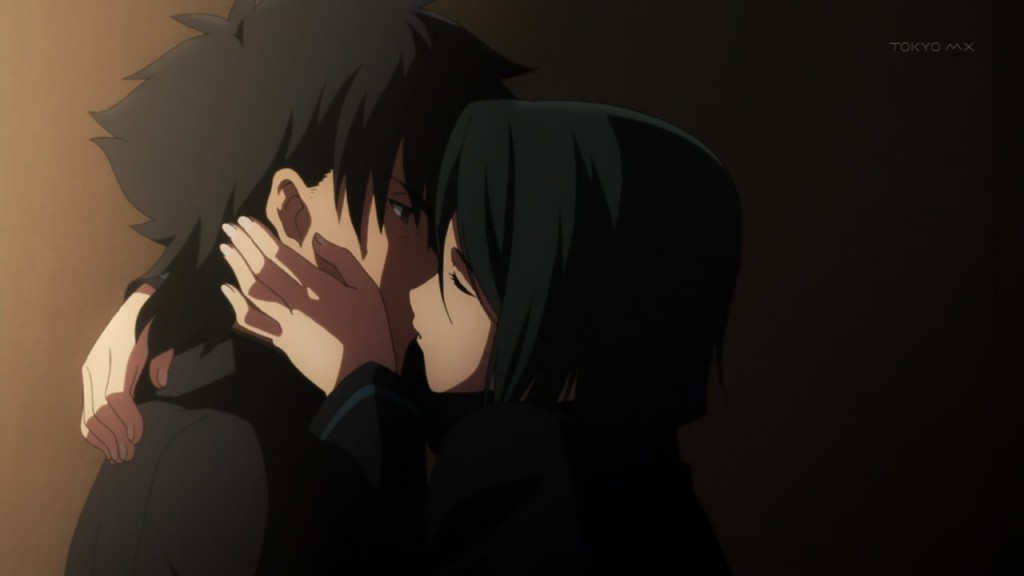 Cause one woman ain't enough for Kiritsurgu

Kiritsurgu you dawg! Wasn’t Irisviel enough? You need to wrap this Maiya chick around your finger as well. And from what I can see, Kirtsurgu doesn’t seem to have feelings for her? Or does he? If he were actually caring for her, he’d have responded with something more than the blank expression he has above. I wonder if Kiritsurgu really can love people? Maybe the closest thing he can come to loving is his daughter? Either way, I was a bit disappointed to see Kiritsurgu messing around after the kind of noble side we saw of him last episode.

We got some more scenes of Waver acting like an idiot. It was pretty funny to see Alexander comment on Clinton as a real threat as far as World Domination went XD 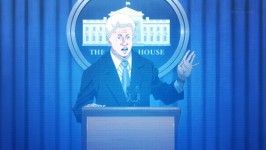 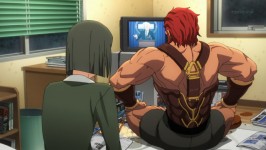 The other major event though, was Saber and Irisviel arriving in Japan. Now, I think Kiritsurgu’s plan is just as smart as Kirie’s. He’s put his wife in the line of fire, but he can probably support both her and Saber from the sidelines as a sniper/assassin. Its the sort of thing he’s good at and it makes sense that Illyseviel and Saber would make a better team anyway. Saber can approach enemies in the honorable way she wishes, and Illesviel can provide support healing. 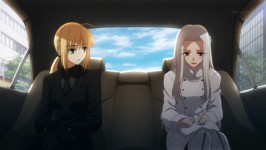 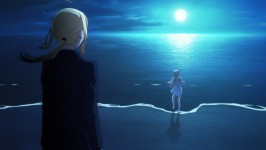 I would’ve felt sorry for Irisviel for being cheated on by Kiritsurgu, but the woman is no fool and probably knows it. She clearly understands Kiritsurgu and is rather mature about everything. The little tidbit that happiness actually hurts him was probably quite true, as we saw back in the hotel that the idea of his daughter was causing him pain. I wouldn’t be surprised if she was okay with it as long as it give him some semblance of inner peace. 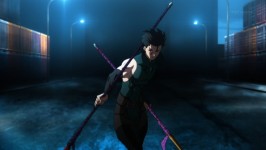 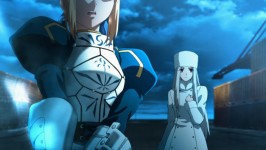 At the end we have Lancer face off against Saber. Now what I wonder is who Lancer is. The ED hints at him being someone like Robin Hood, but then why would he be a lancer class and not an Archer Class? Then again this franchise has never known to cast heroes in the role that makes the most sense for them XD. I guess we’ll find out more next episode!

Next week begins the first battle of the Fourth Holy Grail war! See ya next week!