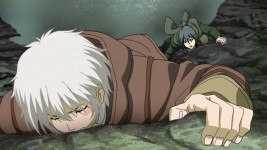 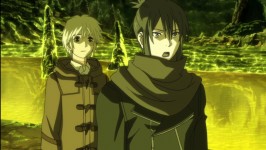 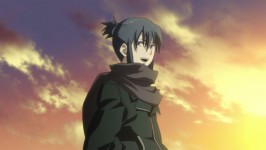 Omg you guys, how many of you are still watching No.6?!  Cuz No. 6 just got so freakingly amazingly good!  Like, REALLY GOOD! LIKE, EPICLY GOOD! LIKE, “OMFG-THIS-PLOT-IS-FREAKING-EPIC-HOLY-GUACAMOLE!” good! 8D Seriously, people who dropped this anime: PICK IT UP AGAIN RIGHT NOW!

Now go ahead and read my review. Warning: I will be going batshit crazy over how epic the plot just got and how much I love this freaking anime. Oh and I’ll endlessly fangirl over Nezumi singing. Yeeeees! 8D

Summary: The episode starts with Nezumi and Sion climbing down a mountain. Sion declares that its impossible for him and Nezumi urges him on by saying “Didn’t you say you wanted to be my equal?”. Later on, Sion and Nezumi enter a cave, only to let themselves be captured by two guards. They are then taken to “the leader” of all the people living inside of the cave. The leader’s name is Rou.  Apparently Rou was the one that gave Nezumi his name. Anyway, Rou asks why Nezumi came back and Nezumi responds that he has questions to ask. He introduces Sion and Sion tells Rou the story of how he came to have his red snake scar and white hair. After hearing the story, Rou decides to tell the the story about No. 6.

Rou was of the core members of the team that were in charge of constructing No. 6. At first, the people in charge were good and only wanted the best for the city. However, as time progressed, they started to abuse of their authority and began punishing people who questioned them. Rou once met Elyurias, a goddess that he instantly became captivated with. He made a lengthy report on her and presented it to the higher up.  The higher ups of No. 6 decided that they wanted Elyurias power and decided to attack ” the forest folk” where Elyurias resided. The forest folk were burned and massacred. Nezumi is the only sole survivor of the tribe.

Afterwards, Nezumi again hears the song that he’s been hearing and almost collapses. Rou asks him to sing the song and Nezumi complies. As he begins to sing, the cave begins to light up. When he’s done singing, he almost faints and then Sion gives him water. Rou comments on how “so there was still someone capable of singing that song”.   Rou then asks Sion if he is ready to take on the weight of No.6 and Sion says he will be. Rou then gives the a chip with all of the data that he gathered while working for No. 6. It is then also revealed that Rou was the first survivor after being a host to a parasatic bee. Also, Rou and all the people in the cave were former citizens of No. 6 that were band.

Nezumi and Sion then leave and Sion is unsure of what to say. Nezumi asks him if he wants to know about why he hates No. 6 so much. Nezumi then tells Sion that they he was trying to make things easier for him. The mood lightens up between them and Nezumi says that they’d better go eat and plan things thoroughly.

Once they arrive at their small home, they find Inukashi and Rikiga there. After a bit of debating on Rikiga’s part, he also agrees to help them gather information on the correctional facility. Sion is extremely thankful to all of them for willingly helping him.

On the other hand, Karan is told the truth about No. 6 by Yoming. We learn that more and more incidents have been occurring in No.6 and that people were being detained. Yoming also lost his wife and child and tries to find comfort in Karan, which she refuses. Yoming then asks her to join everybody else who lost someone special to No.6.

The next day Karan is happily tending to her bakery when she receives a message from Sion.  “Mom, thank you. I’ll always love you.” And Karan breaks down crying.

Oh and Safu is a “perfect sample”.  She’s now fused with the Elyurias and shit is going dooooooown. 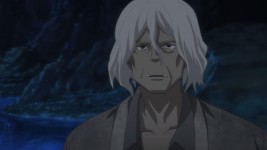 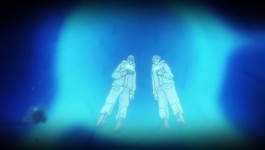 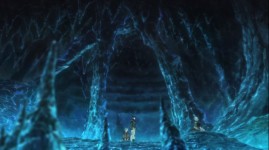 Impressions: Omfg, omfg…that is all I can say. Seriously, shit just got real you guys! Omg, and it looks like we’ll be getting the manhunt next episode. Just holy crap, I. LOVE. THIS. ANIME. We got so much information about No. 6 and a lot of background info about Nezumi’s past and just wow. Everything is finally starting to come together and I’m just sitting here all speechless and an emotional wreck.

Nezumi’s singing…omg, my body was not ready for that.  I can’t stop listening to his singing! 8D And…and…and!!! I just can’t anything into words right now. ;A; Oh god you guys.

And it doesn’t help that I read the final volume of No.6. Oh my god…the ending…I WILL NEVER BE READY FOR THAT ENDING. My soul is suffering and I just…I just can’t.  I can’t take all these emotions. ;o; 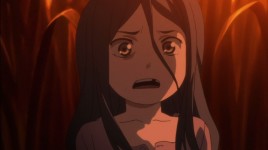 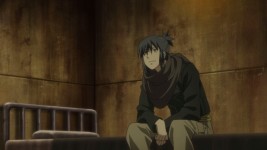 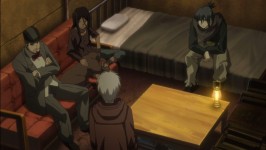 Comments? Questions? Opinions? Anybody willing to cry with me once the anime ends?! ;o;