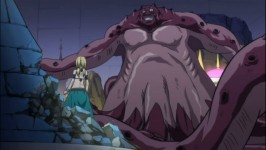 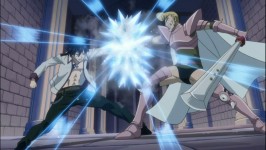 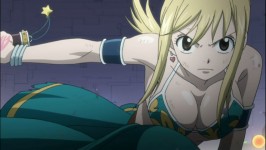 This episode has Natsu, Lucy and Gray wrap up their battles. Not much else really of note happens, as this primarily a battle episode, but Fairy Tail manages to throw in some truly character defining moments in here, like Natsu’s monsterous power, Lucy’s ability to make it through situations that are totally beyond her or Gray’s ingenuity and cool headed quick thinking during battle. After some very story heavy episodes in this arc, the action filled battle heavy episode was a welcome change.

The one thing I love about Fairy Tail is that it gives you some great action, but that it never over extends the duration of the fights to the point where they become boring, unlike many shounen shows such as Naruto, Bleach and especially Dragon Ball Z. It makes sense, since in reality, battles are hardly a long drawn out affair, but end fairly quickly.

So this week we had most of the spot light split between Gray and Lucy. Lucy’s battle was about the shortest, lasting a total of half an episode, but it still made her look badass. I gotta say, the girl is really not scared of heights, as she was literally swinging across the huge squid like body of what’s his face… Byro! : 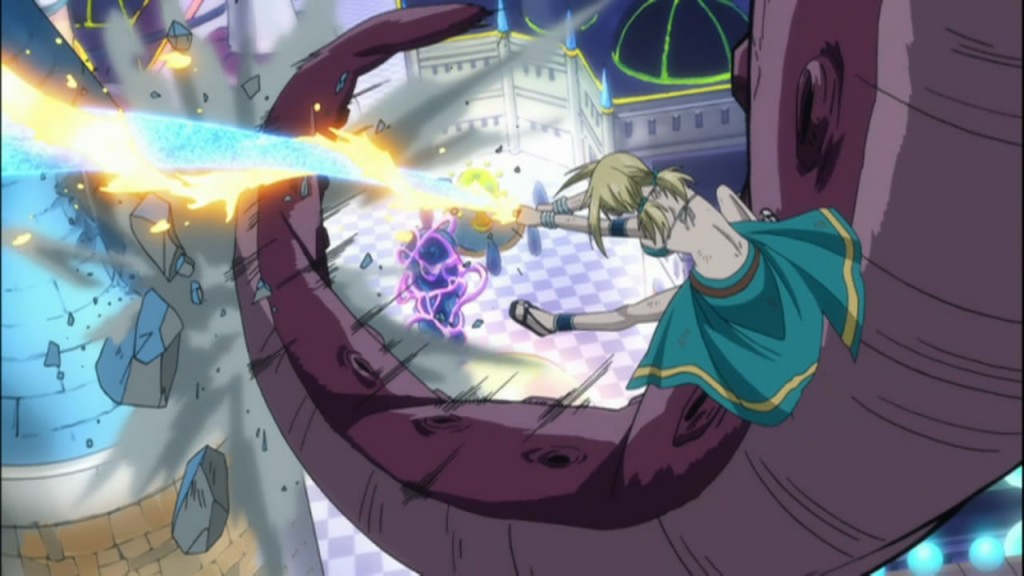 The way she used the whip, her now signature weapon, was epicly cool, as she literally had the big squid trip over by pulling it. I think most of the time, Lucy is made fun of at the expense of fan service, but when she fights, I’m glad its not all relegated to her summoning spirits. Not that Virgo and Taurus were bad. I particularly enjoyed the quips from Virgo, who is always a joy to hear from. I love how she can continually drive out the most funny responses from Lucy. It was very nice of her to give Lucy that Celestial whip, and it begs the question why all other spirit wizards don’t love and value their spirits, because the benefits are limitless!

Lucy was not only badass in terms of fighting, she was able to win Coco over. I think the point where Coco realized that Earthland and Edolas had the same type of people, was when Lucy went “You need to take care of your own”. Since Coco was in protest against her own side because of how they were treating people as expendable, I think Lucy gave her exactly what she needed to hear. Of course, things are never easy, and Sugar boy  came in, stealing the key.

Gray gave chase, on a bike at that! I seriously don’t get how he gets Bikes all the time , but it looks darn cool! XD 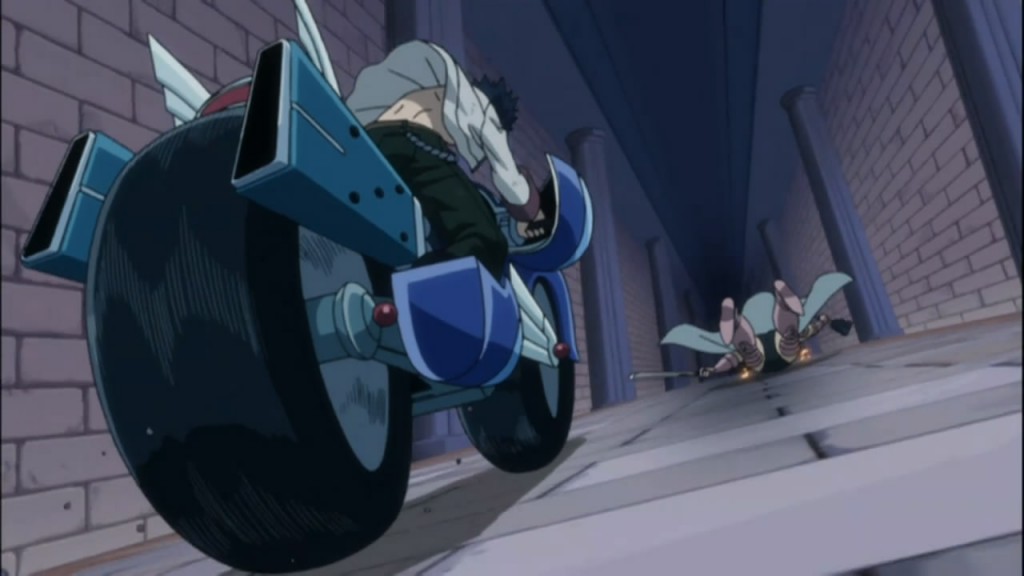 Gray may have a bike, but Sugar Boy has his CHEST!

The battle between Gray and Sugar Boy was actually a pretty decent fight, compared to the ones that Natsu and Lucy had. Sugar Boy actually had something to fight Gray with, although Gray quickly caught up and over powered the guy’s advantage. From there on, the battle became a quite literally tug of war, with both characters pitting their wills in quite the contest: 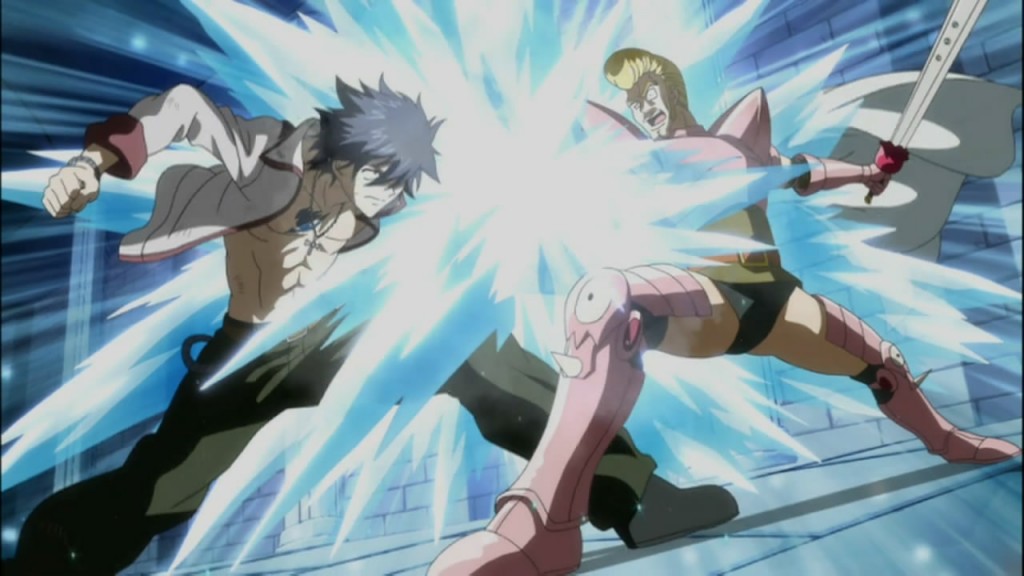 Gray versus Sugar Boy, the ultimate battle of wills!

When I heard Sugar Boy’s logic, I was like: “Gray, don’t you DARE fall for that”. Much to joy, Gray had none of Sugar Boy’s crap and broke the key. While I was personally expecting him to say something like: “Don’t underestimate the Dragon Slayers of Fairy Tail”, I think Gray pulled one up, and showed us that he could easily make as many keys with his magic as he wanted.

I did find the comment from Sugar boy rather odd, where he said “I don’t make a habit of holding hands with other men…”. I was like: “wait… WHAT?!?!?!” XD

On a side note, We did get a little spot of Gajeel versus Panther Lily, but that fight doesn’t seem to progressing much at the moment. I guess next episode will wrap up the Erza fight first, putting Gajeel and Panther Lily’s fight till the last minute to maximize tension. Either way, great episode, quick fights and I”m excited to see the next episode! 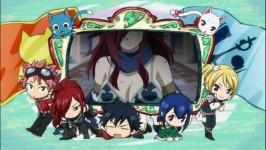 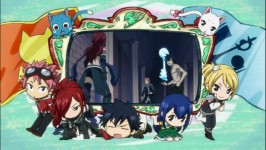 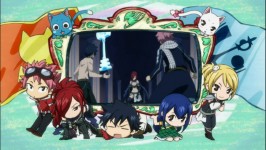 Seems like next week we’ll see the return of Erza, but which one? I’m willing to bet its the Earthland Erza undercover! See you next week! :O