Now we’re thick in the middle of things, as some of the major characters square off against their adversaries.  This week’s episode dives into Gray and Natsu’s respective fights, and shows a bit of Gajeel versus Panther Lily and sets up Lucy’s next major battle. Oh, there’s also some major fanservice, more so than usual, all at the expense of poor Lucy XD

The first thing I noticed in this episode, is how much time they tried to delay the actual episode’s content with recaps. We got a recap BEFORE the OP, and then a mini arc recap before we dove back into E-Land and rejoined the trio of Natsu, Gray and Lucy. I guess we must be getting dangerously close to the manga. I can start to see a trend develop here, where there’s an obvious attempt to delay things. Hopefully it doesn’t get as bad as One Piece of Hitman Reborn, where most of the episode is dominated by long OPs, recaps and little content for the actual story. I’d honestly rather the arc be a smooth ride and then some fillers than artificial lengthening that ruins the pacing.

Now than, that said and done, this episode actually had a decent amount of stuff in it, so for now… My fears are unwarranted. We had Natsu tae on Hughes. Honestly, Hughes is definitely the weakest guy Natsu has faced so far. I was really really unimpressed by his power. He can control things in E-Land? Big whoop! What happens when he goes outside of the castle? Is he royally screwed? XD

I think, in many ways, the warriors of Edolas are out of their league when they’re taking on the absolute monsters that are Natsu, Gray and Erza. This was only proven by rather the short skirmish with Hughes. The only part where there was some manner of threat for Natsu, was when he was stuck on the roller coaster.  He had a little help from Lucy though, and was quickly freed. My gripes with the Natsu versus Hughes thing aside, I gotta admit, Lucy was extremely baddass: 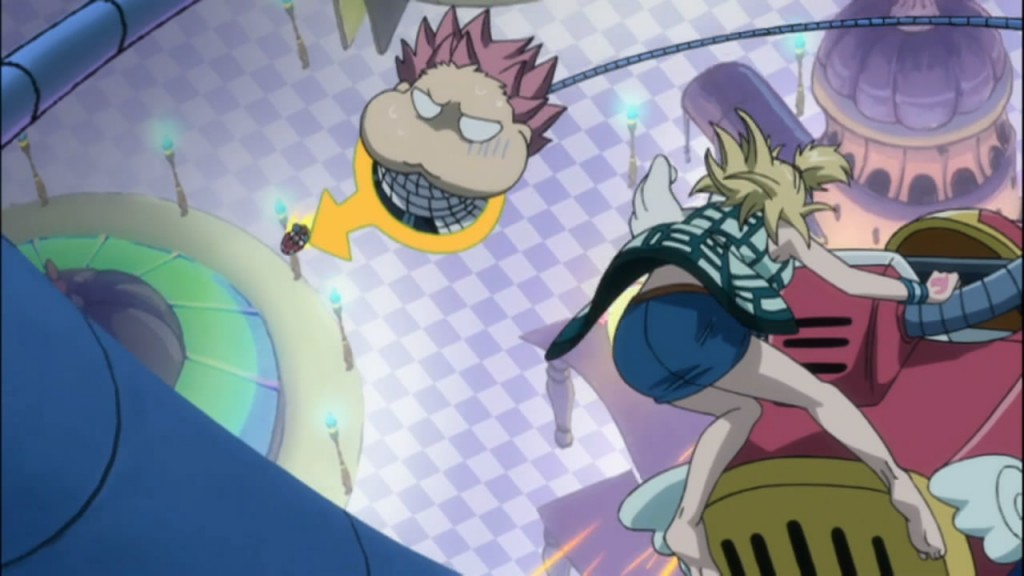 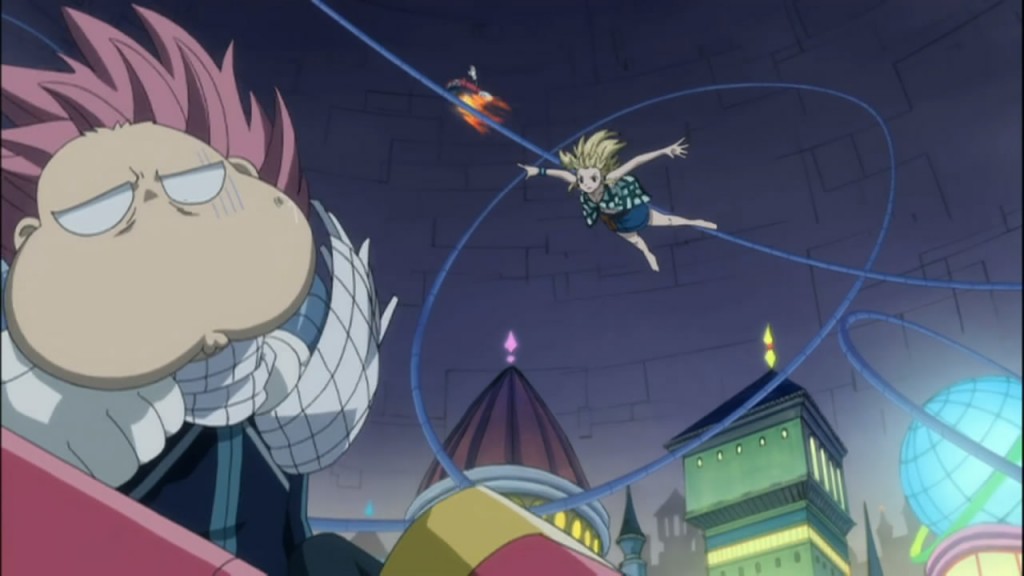 Jumping from one coaster to the other, in the friggin air? Holy wow. Lucy’s definitely got her moments XD. Speaking of moments, We also had an usual amount of fanservice this episode:

And then we had the much more disturbing cross dressing Natsu: 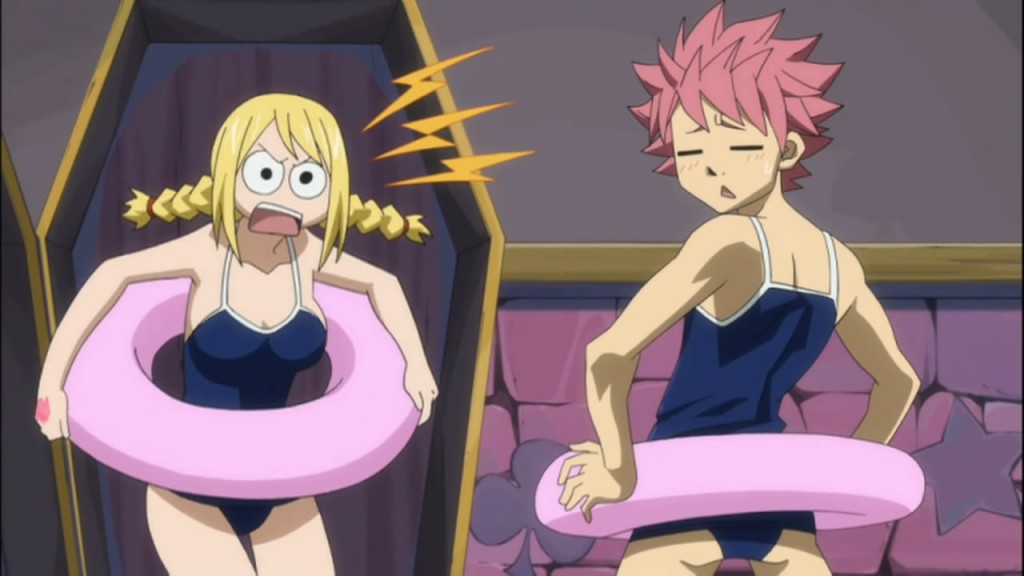 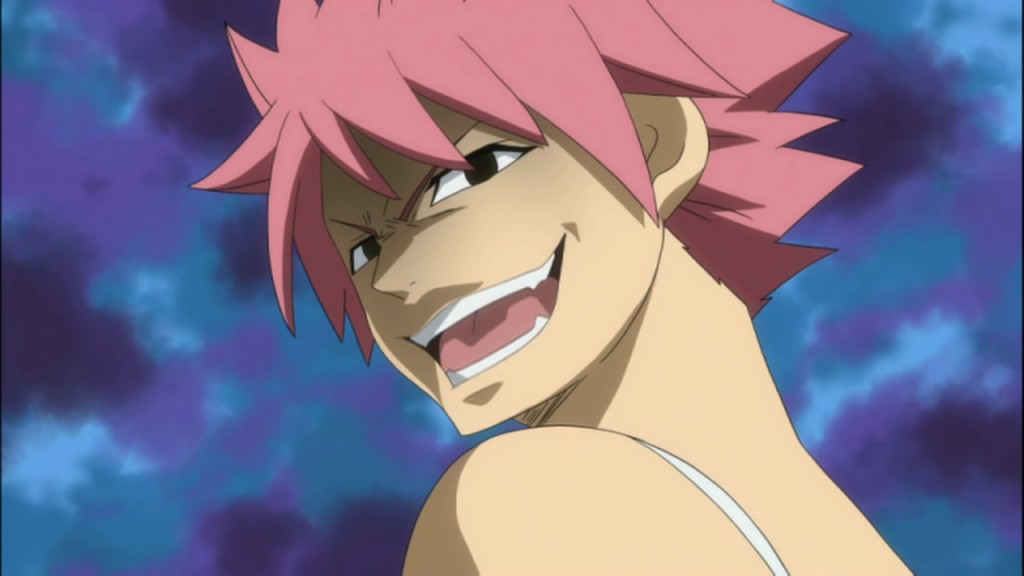 Follow by his failed Sexy Seduction plan. More or less another excuse to give fans some more of that fanservice.

Honestly, the whole battle with Hughes was a joke. Given how Natsu just powered up and obliterated everything, I’d say this fight is mostly done. Unless Hughes pulls out some hidden power and this battle actually gets interesting. It seems doubtful though… I mean, I get the need to see Natsu dominate after being powerless for about half this arc, but seriously… It would look a lot more badass if Natsu actually took on someone with some measure of threat. 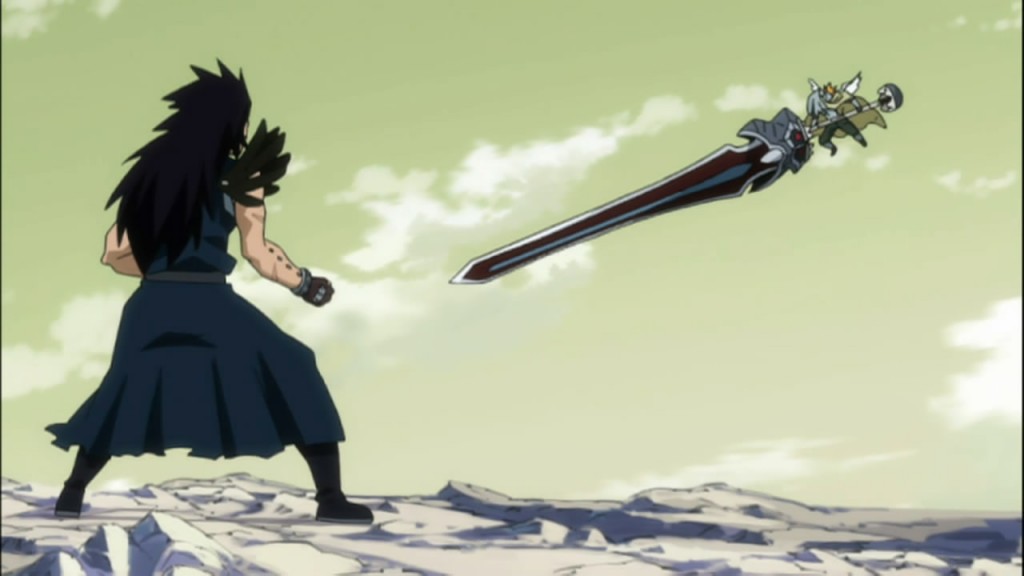 On the other side of things, we got a snippet of the continuing battle between Gajeel and Panther Lily. I found it cool how Gajeel refused to use Happy in order to fight in the air. Rather he wanted to wait for that kind of thing until he found his own exceed partner. I really do hope Gajeel finds himself an Exceed as well, the guy is definitely cool and badass. It would be interesting cat was demented or had a really dark sense of humor. Either way, for now, Gajeel is taking on Panther Lily with a clear disadvantage, as Lily clearly has the higher ground.

Speaking of Lily, it seems Coco actually cares for the guy a lot. He’s also confirmed as an Exceed in this episode. Makes you wonder why he’s turning against his own people? Regarldess of Lily’s past, it seems Coco refuses to let him die, and thus delays Faust’s plans. Coco’s defiance led to one sick moment from Faust, who is clearly not above hurting and torturing his own followers: 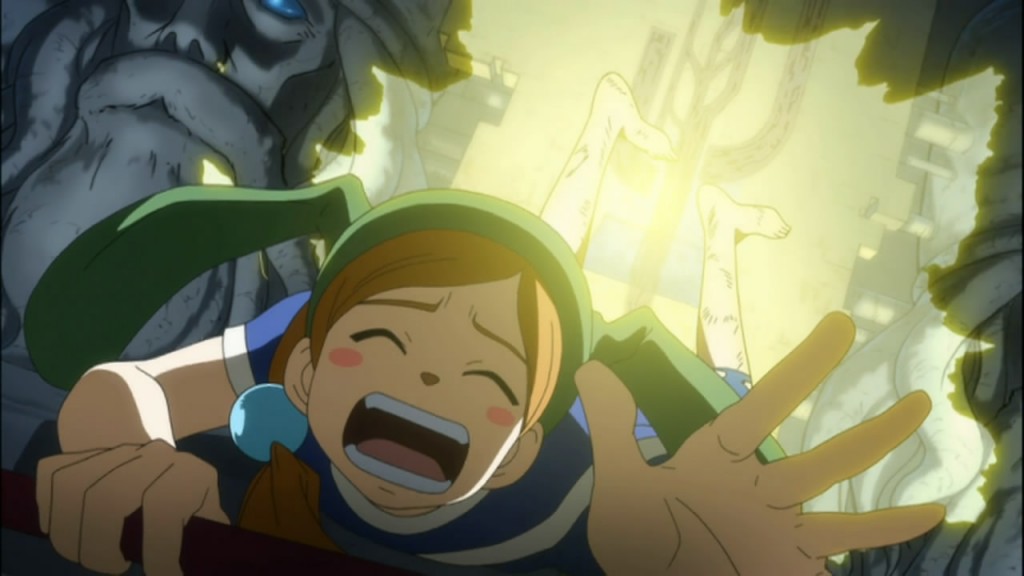 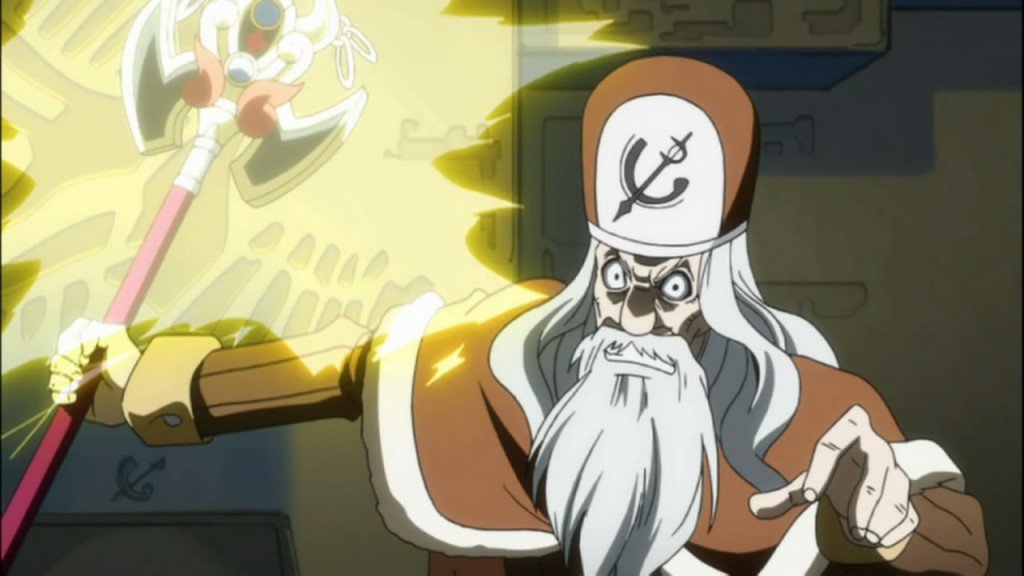 Twisted man, doing that to one of his own subordinates…

Wow… Failing to cripple one of his own, he sends the old disgusting guy after her? Given that coco has a key, and runs into Lucy, we have the classic mistake of intention. Lucy, in her skimpy outfit, will now be taking on a disgusting old man. XD

I did find it interesting how we were not shown even a bit of Erza’s fight. I’m guessing adding too many fights would be a bit chaotic. Given that Hughes is kind of over with, I’m guessing we’ll get more Erza versus Erza next week!

Lucy and gray head into action next week, while Panther Lily and Gajeel’s fight intensifies. See you next week!