With a series as awesome as Fairy Tail, its hard to find fault in most of its episodes. Every now and then though, there’s this one particular episode that really strikes a huge chord with its viewers, using an entire series worth of character development to its advantage. Fairy Tail’s 83rd epsiode gives such a huge pay off, and is a defining moment for one its most beloved characters. Fairy Tail episode 83 is a shinning example of why people watch anime and invest themselves so deeply in the characters of a series. And of course, there’s the usual round of plot twists, shocks and even some good old action thrown in for good measure.

I think it doesn’t need to be said at this point, but I’m more than a bit addicted to the story of this arc. It takes every bit of my willpower to not just end up reading the manga at this point. I will wait however, because as awesome as the manga may be, I don’t think I could’ve appreciated the scene where Happy stood up and spoke against all the crap that Ichiya and Nady were hurling at him and Carla. In one moment, Happy was darn badass. As badass, as Natsu has been on quite a few occasions. And Happy isn’t even the main character of the series! But DAMN, his character has been fleshed out to the point where you can’t help but cheer for the guy.

Before I get into the Happy badass moment, I’d like to back track a bit. The episode actually starts off with Natsu and Wendy being put in a cage with Hughes. From the very start of the episode, it felt like we’d finally be getting some answers to all the burning questions we’ve had regarding Happy, Carla and their mission. I could definitely see Natsu and Wendy totally confused, angry and powerless. Natsu was in fact, so pissed that he bruised himself against the cell bars he was in. If there’s one thing I know, its that when Natsu gets his powers back, all hell is gonna break loose. 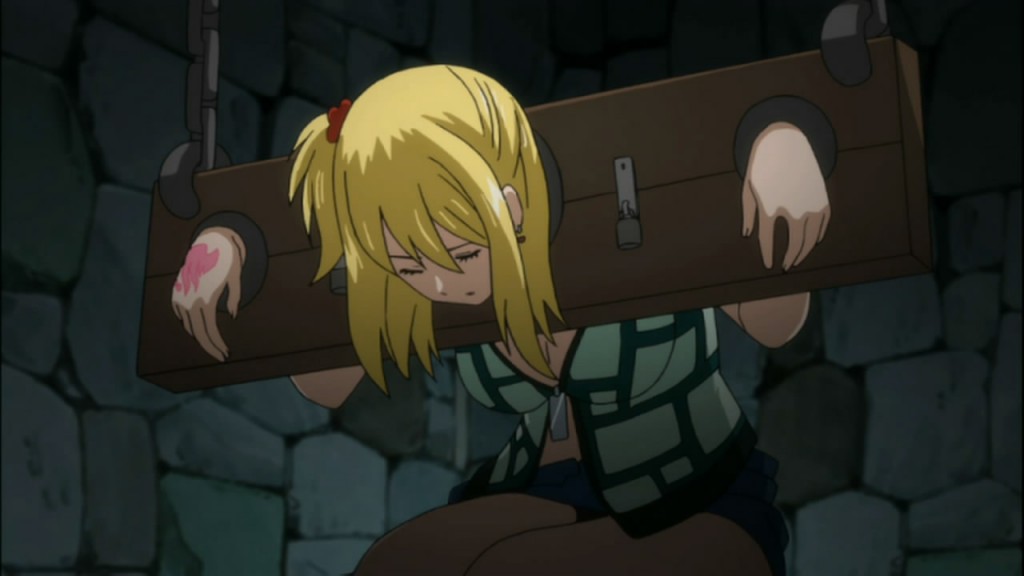 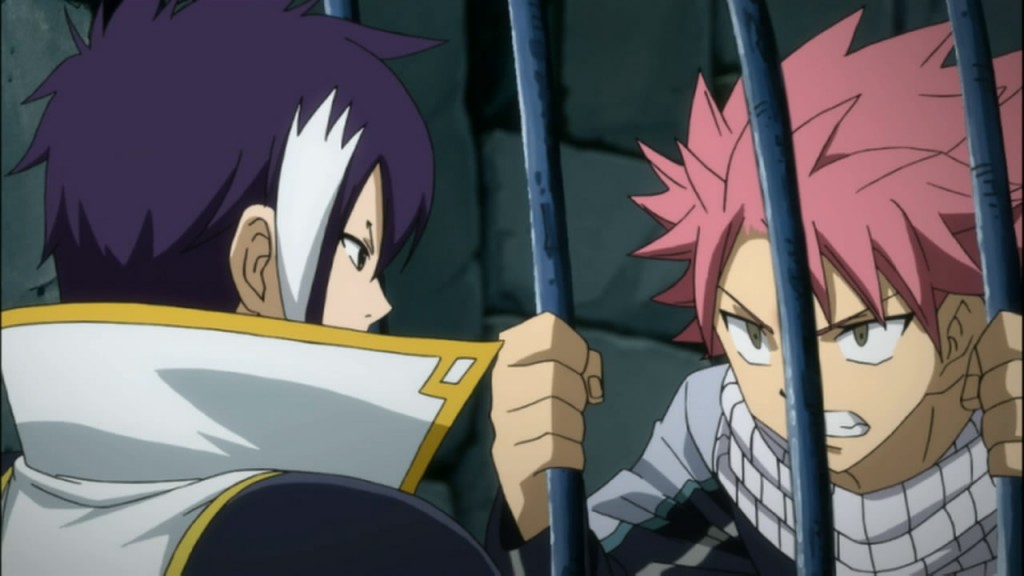 For the Natsu x Lucy fans like myself, Natsu’s little line about “Not touching a hair of Lucy’s head or he’d burn them to ashes” was a nice little bonus. Of course, the crux of this episode was about Happy and Carla, with a little Gajeel thrown in.

So with that said, we finally find out what Carla and Happy’s mission was, and it was to actually to assassinate the Dragon Slayers, the friends/family that they love so dearly, and all as part of some “Human control project” that the Queen had concocted. Now, while I dislike Faust, I absolutely LOATHE this Queen of Extalia. I haven’t even met her, and she reeks of disgusting. I don’t care what Nichiya says, I cannot believe she has a good parfum. In fact, I’m sure she smells of the most vilest shit.

She sent a 100 of her own people to Earth land, to simple kill any Dragon Slayers. She did so, as they were children and inplanted in them, orders and ways to kill. Forget Humans, she doesn’t even treat her own people and kind as nothing more than tools. This thing… this Queen, is the epitome of disgusting. And then she goes on to change her orders and use Carla and Happy to lure Natsu and Wendy out to be used as a magic power source. I think if there was ever a villain in this arc, its this Queen more so than Faust. The Queen is the very personification of evil and selfish and I haven’t even seen her on screen yet!

And on the subject of the Exceeds, I find it hard to believe that they’re actually in control of the humans as they think. In fact, I wouldn’t be surprised of Faust was playing them for a fool, and planning on using the magic power to enslave the Exceeds himself. If anything, this episode has shown that the Exceeds are a selfish, arrogant and cruel race of creatures. Happy and Carla are a lot more nice, selfless and amazing than all of these weird Cat things XD

Of course, when Happy and Carla learn of their mission, along with Natsu and Wendy (who learn it from Hughes) they are horrified. Of course, elsewhere, we get to see the two Gajeels working together to help free and save the other Fairy Tail wizards. If anything, I really loved this team work that both of them did together. This is probably an anime exclusive scene, but darn was it cool. Smart and Clever Edolas Gajeel getting all the information and craftily setting up a diversion, and then Earthland Gajeel going all out and busting out his Dragon Slayer powers: 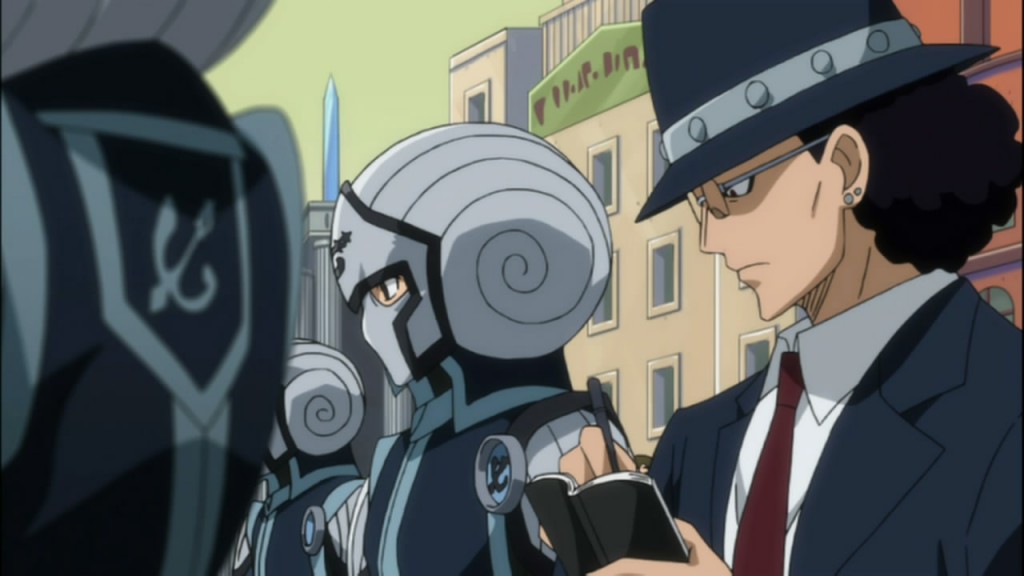 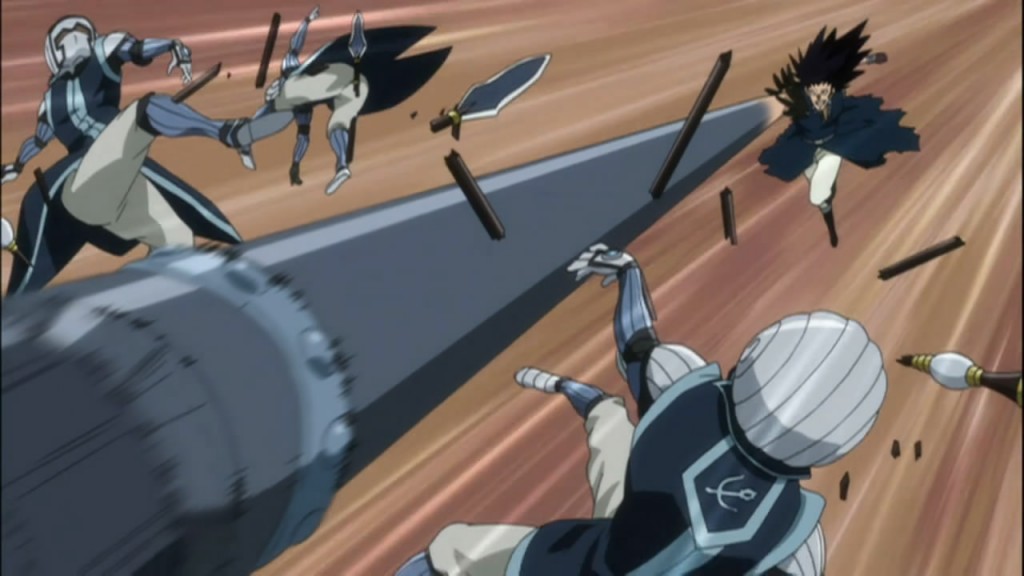 I have to say. Its interesting to note that Gajeel, much like Lucy, actually still has his powers. It might be that Carla and Happy going through Anima might’ve put a lock on Natsu and Wendy’s powers. Either that, or their powers are in the Lacrima itself, the one that Gajeel just broke. Of course, the shocked expression on Gajeel’s face points to him not exactly expecting whatever it is that happened when he broke the Lacrima. It might;’ve actually been a bad thing? Either way, we’ll learn more about that later I assume. It does make sense now though, that eventually Natsu and Wendy will be able to use their magic and then things are going to get really awesome.

Now, on the subject of awesome. Happy, was… FRIGGING… BADASS: 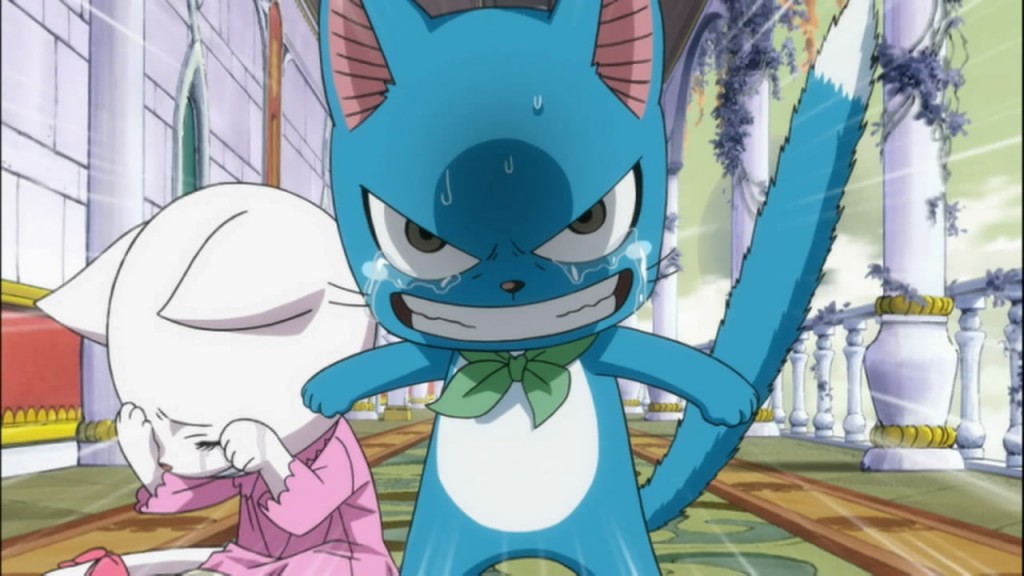 That scene, is what makes this episode so so awesome, and is the reason I give it an “S” Grade. Its an episode that so awesomsely uses some flashbacks to reestablish how much Happy loves and cares for his family at Fairy Tail. And then that Angry expression… ZOMG! Having always seen Happy with a… Happy expression XD, It was amazing to see him so darn pissed off. In fact, when he screamed, some golden energy came out, which kinda reminded me of Hakki from One Peice. In fact, in many ways, the Happy action here reminded me a lot of how badass Luffy has been in One Peice when he’s been pissed off. Its just awesome to see the normally laid back and hilarious Happy, just go into “I won’t take this SHIT!” Mode.

I think everyone was impressed by what he did, including Carla, who finally called him by his name. In short, Happy was THE MAN and THE CAT! XD

If Fairy Tail continues to deliver such awesome moments, then I can definitely call it my favorite Shounen series, beating One Peice even (which I hold in the highest esteem). Amazing, “S” Grade episode. I cannot wait to see where things go from here!

Next time it seems like Happy and Carla will escape Extalia, but before that, I’m guessing they’ll meet their parents? :O