Very interesting episode! It definitely had something I totally didn’t expect. Wow… just… wow. If there’s one thing about this show its that there’s never a dull moment to be had. This episode actually focused totally on Yukiatsu and how the death of Menma had changed him.

Before I get into the main event of this episode, I’d like to touch on something else. The whole love triangle between Jintan, Anjou and Menma. This is definitely one love triangle where I really can’t just root for one girl. I really feel bad for Menma, for being dead and everything but I equally feel bad for Anjou, who has to keep losing out to a dead girl.

It probably isn’t easy seeing the guy she liked, rise out of his depression because of an obsession with the girl he liked when they were. At the same time, I can definitely see that Jintan is all Tsundere over Anjou, and that he might have valued her equally to Menma. We can’t be sure of the past, but I can definitely say  that Jintan really does care for Anjou, we had this afterall: 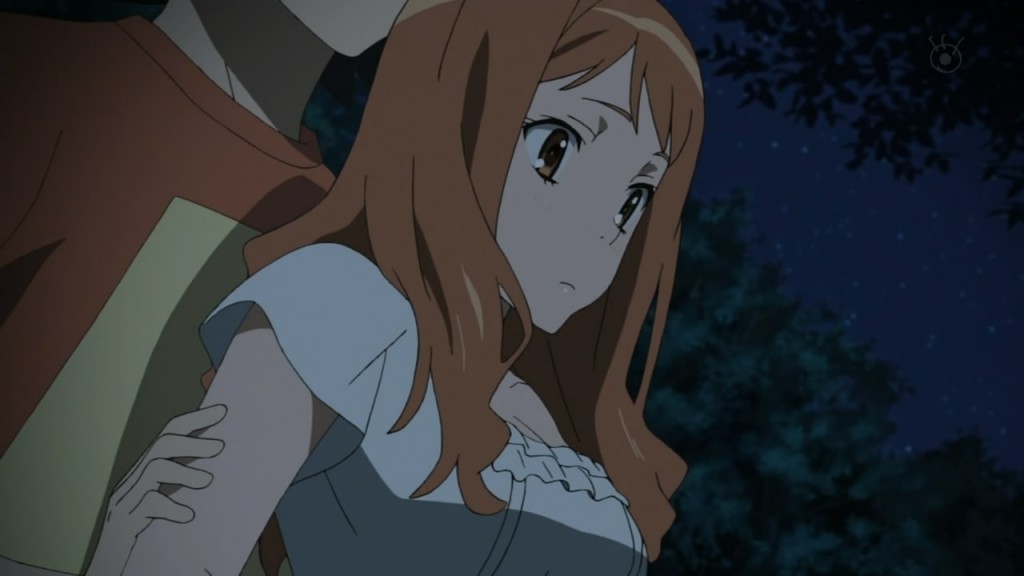 Wow… +1ooo Respect points for Jintan. He may be a Hikimori,  but damn! DAT reaction time. XD He literally reacted within seconds and grabbed Anjou before she fell. It was really a nice moment, when he got angry and worried, saying that he had no idea what he’d do if something happened to her like it did Menma. Too bad Anjou didn’t get to hear all of it. ;_;

Sadly, Anjou wasn’t the focus of this episode, and it was largely about Tsuruko and Yukiatsu. I really thought that Tsuruko was an ice queen with a flat, almost non-existent personality. She really grew into a person this episode though. She’s definitely the smartest of the group. She expertly  analyzed that Yukiatsu had actually been hating on himself for being obsessed with Menma and was actually calling himself pathetic. Its interesting that she actually likes Yukiatsu, cause frankly, I don’t see any redeeming qualities in the guy.

Either way, Tsuruko’s plan to enrage Yukiatsu was interesting, and we again got to see how much of a dick Yukiatsu is. I really really don’t like that jerk, especially after what happened between him and Jintan: 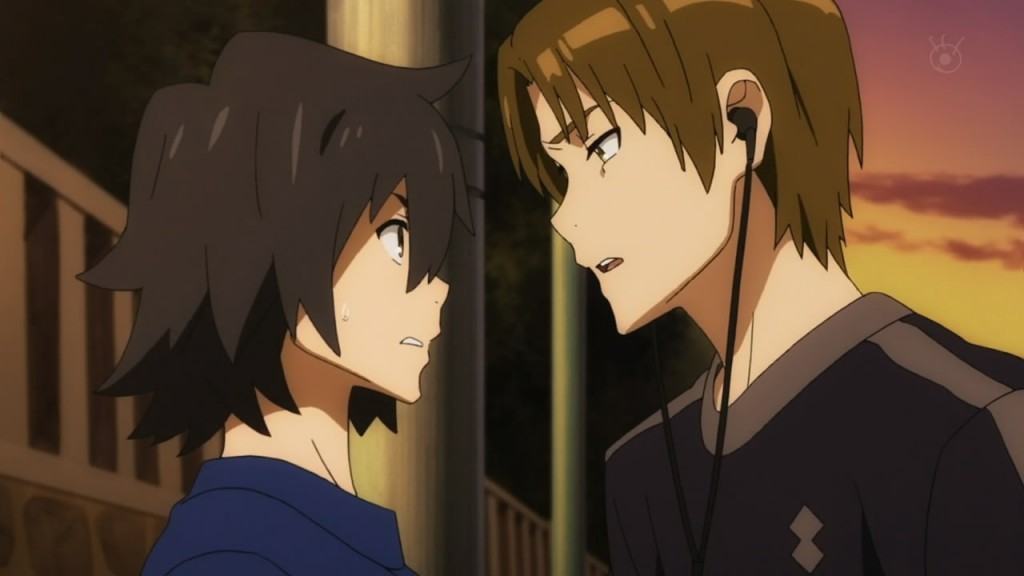 Wow… Epic Jerk face. There definitely was some huge pent up rage and jealousy in Yukiatsu. I really felt bad for Jintan, having to take that crap, even after he was being as nice as possible while saying what he said. Of course, We knew Yukiatsu was a dick, and an all out sicko, but what happened next was still a bit unexpected.

I found Menma’s explanation of there being two Menma’s Hilarious. If there’s a Mario Menma, there’s got to be a be a Luigi Menma! XD

At the old shack that night though, everyone gathered and talked about Menma again. I really liked that Poppo was the guy to realize that Menma was the sort of person who’d want them together. Of course this where an interesting point comes up. I don’t get why Menma doesn’t just levitate a cup or eat something infront of them. They can definitely already FEEL her, so this whole issue would be solved by her actually doing something that they could see, even if they couldn’t see her. I’m sure it’ll happen eventually, but its just kind of frustrating.

I get that Jintan is still wondering if Menma’s a figment of his imagination and Menma… is well, Menma XD Everyone else still doesn’t believe that Menma is actually there. This is why we don’t get this rather simple way to prove she’s there actually put into practice.  That aside, what happened at the end of the episode was just… Wow: 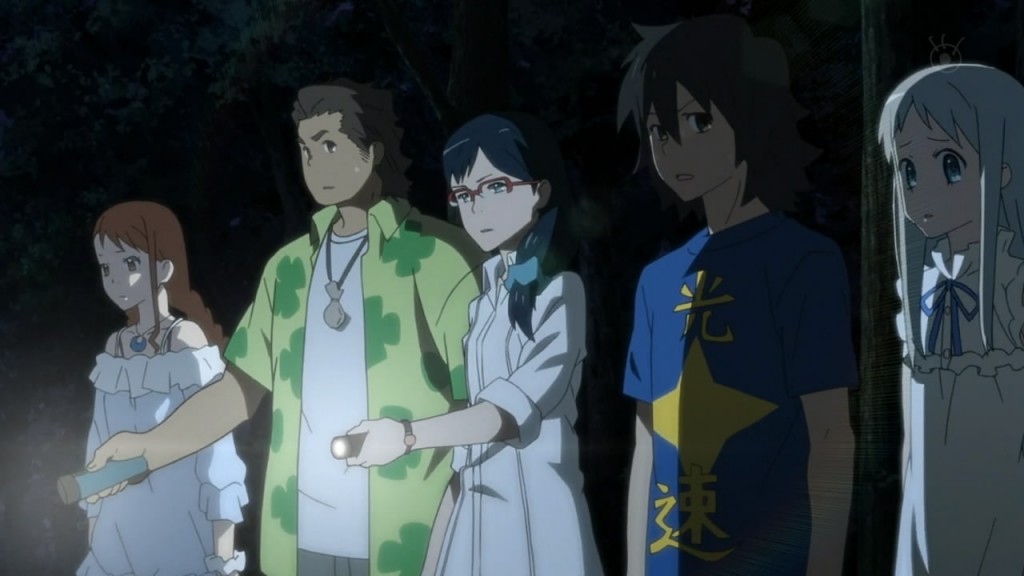 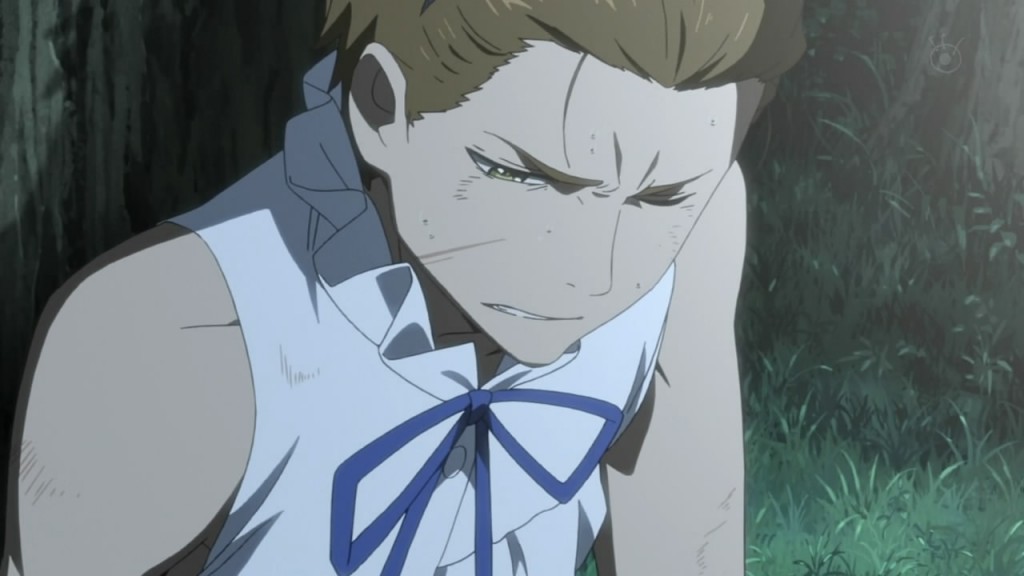 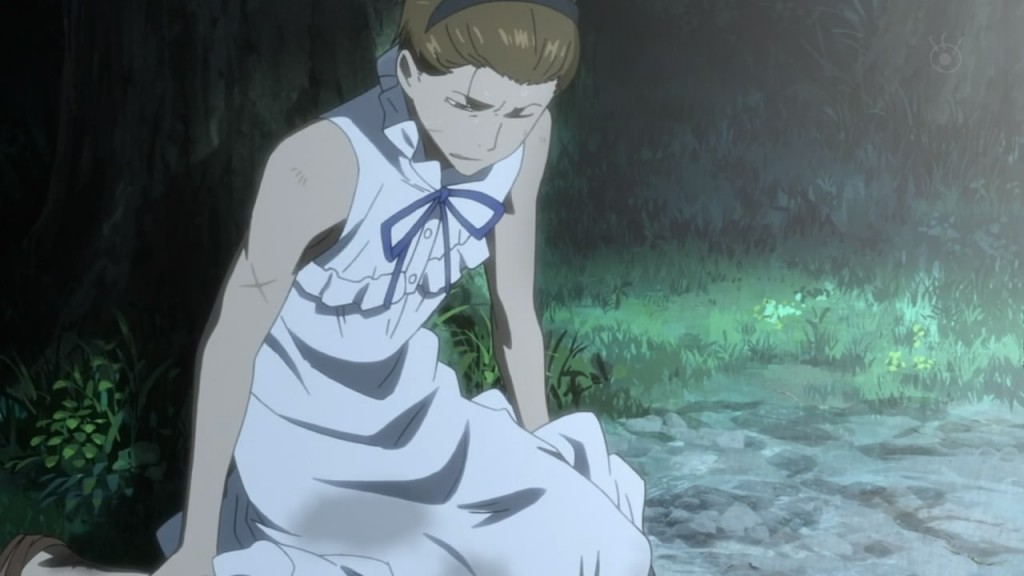 I thought he was just sniffing clothes or some crap like that… But the guy was roleplaying and cross dressing as Menma? WHAT… THE… FUCK! This is one… one… One fucked up guy. I can’t believe I actually thought this sicko could see the real Menma, all he can see is his own twisted and fucked up desires.

I dunno why Tsuruko likes this guy, but man… She must REALLY love him to still try to help him out of this weird… weird stuff. I have no words to describe how appalling Yukiatsu’s behavior is. I’m curios to see how everyone reacts to this. It makes the wait for the next episode all the more unbearable.

Seems like Yukiatsu’s actions are actually driving a wedge between everyone. Poppo ain’t happy, that’s for sure XD SEE YOU NEXT WEEK!