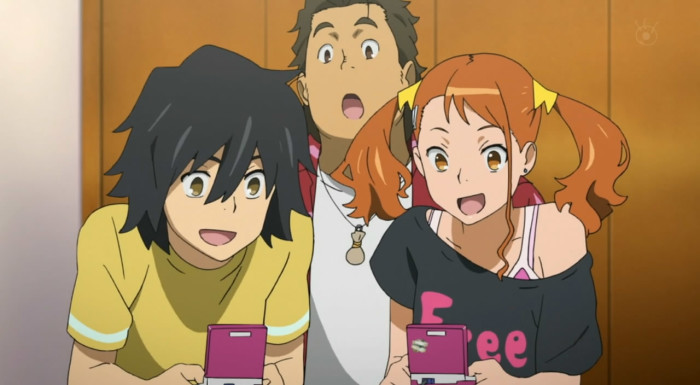 This week was the episode where we finally had Anaru/Anjou finally get back into the group with Jintan and Poppo. It was a really sweet and cute episode, as we slowly got to see that Anjou actually has deep feelings for Jintan. Particularly Anjou, who is pretty into Jintan, despite his faults and the fact that he’s a Hikikomori. I mean just look at her face as he sat next to her: 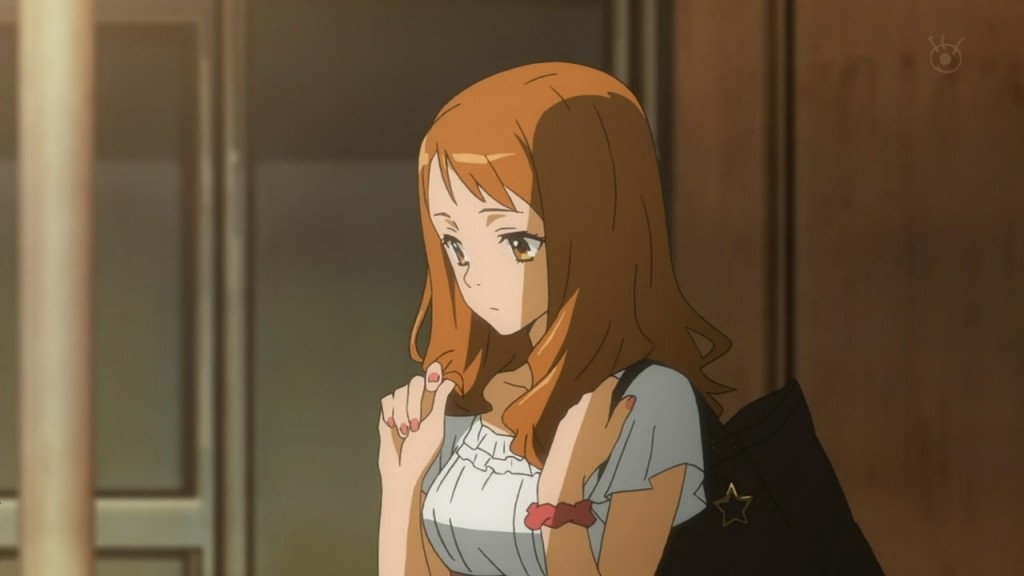 As Happy (Fairy Tail) would say: “Sukiiiiiiiii-deru! (SHE LIIIIIIIiIIIKES HIM!)

It was really nice seeing the flashbacks to their childhood, and how they used to play Pokemon on their DSes. I was actually rather impressed with how the Anime used something as current and up to date as Pokemon (which they had to call Nokemon for legal reasons I assume). It definitely added to the believability for sure. It’s definitely something kids would do, especially in a place like Japan, which is technologically pretty ahead from other countries. It wouldn’t be a stretch for every kid to have a DS and play Pokemon.

It was a powerful moment when all three of them jumped up in joy at finally getting the rare Pokemon. It was a cute and nostalgic moment that definitely appeals to the little nostalgic kid in us all.

Beyond that, we got a look at the kind of people Anjou hangs out with. I definitely gotta say I don’t like the bitches she hangs around with. They’re quite… argh. Given that Anjou likes Jintan, I was surprised to see her listen to the slander that said bitch friends of hers proceeded to label on Jintan.

We also got to see Tsuruko get uber pissed at what Anjou had become, and even go as far as to point out that Yukiatsu and Anjou were still rilled up about Menma. It’s got to be difficult for her as well, as she definitely is interested in Yukiatsu. I find it interesting how both girls had the guys they like fall for Menma, and it kinda destroys them inside.

Of course, none of that, could prepare me for what I saw in this episode, and what will forever be dubbed as the ultimate wtf moment: 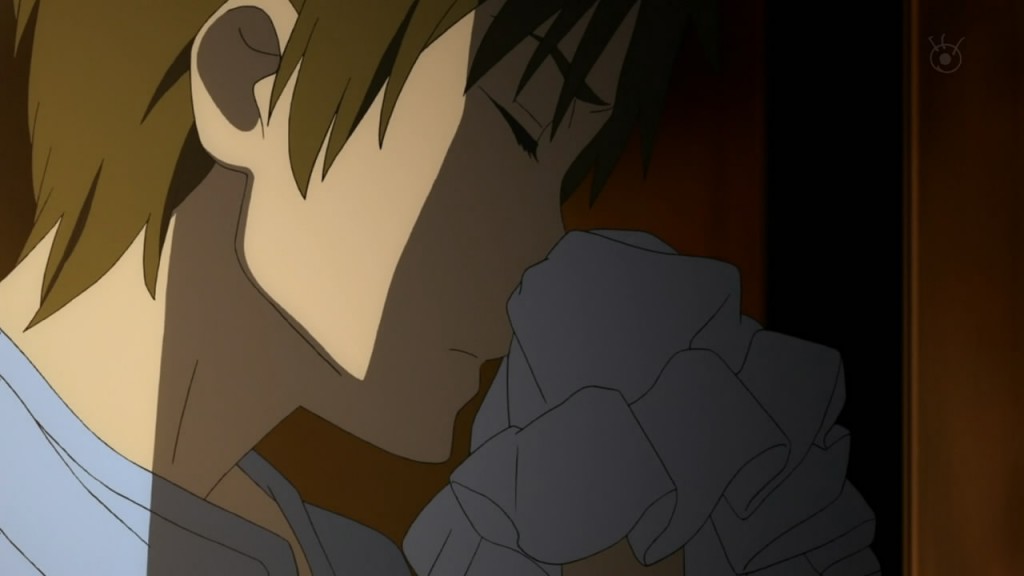 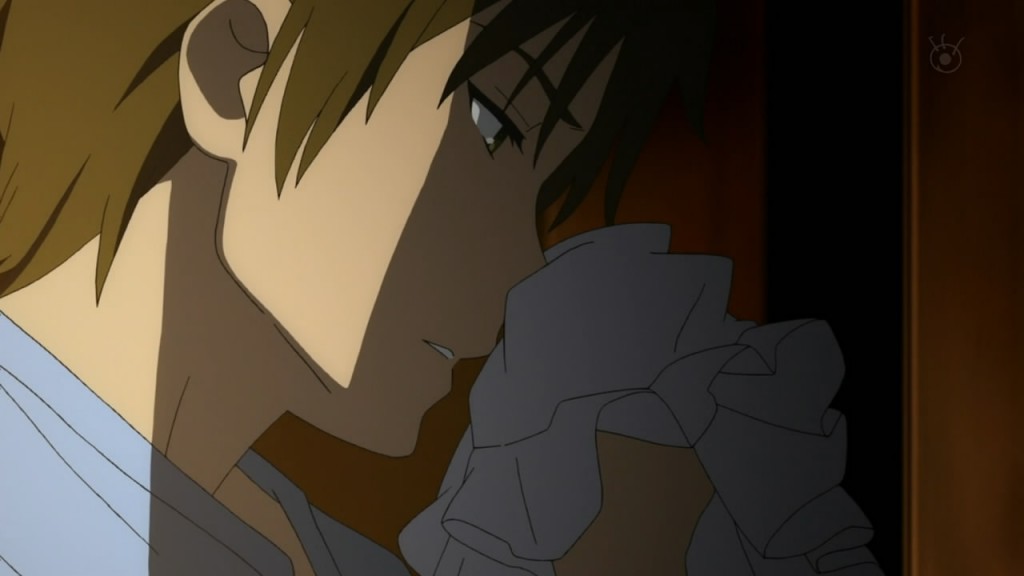 Holy… FUCKING… HELL YUKIATSU! That is the most creepy, disgusting thing I’ve seen you do. Smelling Menma’s clothes? Holy friggin hell. That is disgusting, twisted and puts him as the most dislikeable character of the cast. God… I take back the fact that there aren’t any characters that you’d dislike in this show, as Yukiatsu fits the bill. I’d call him a stalker, but he’s bordering on Necrophelia here. I mean, Jintan liked Menma too, but GOD… GOD, you do NOT do that!

AHEM! Yeah…  That was definitely weird, Thank God it was off set by a very sweet an awesome moment between Anjou and Jintan: 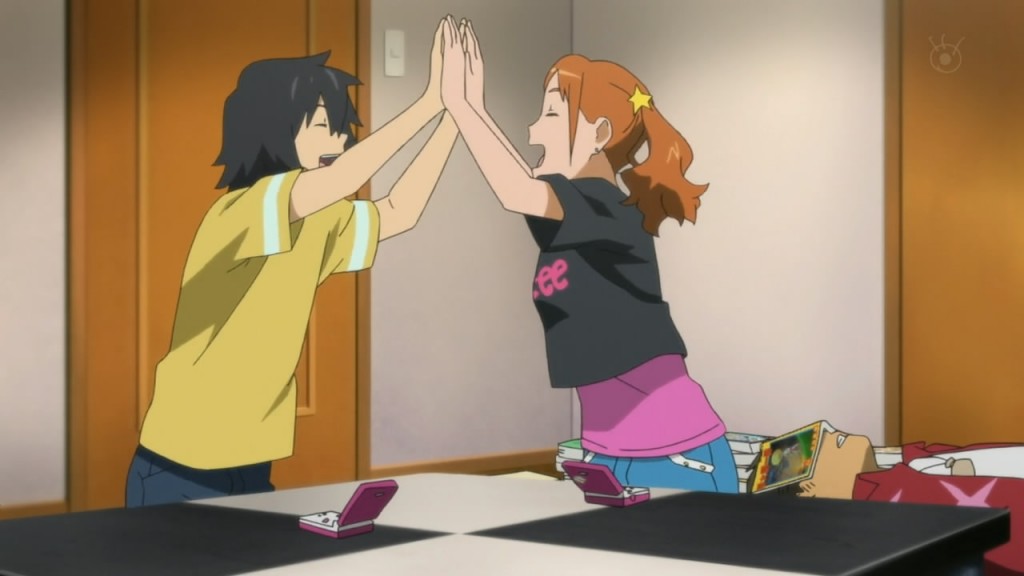 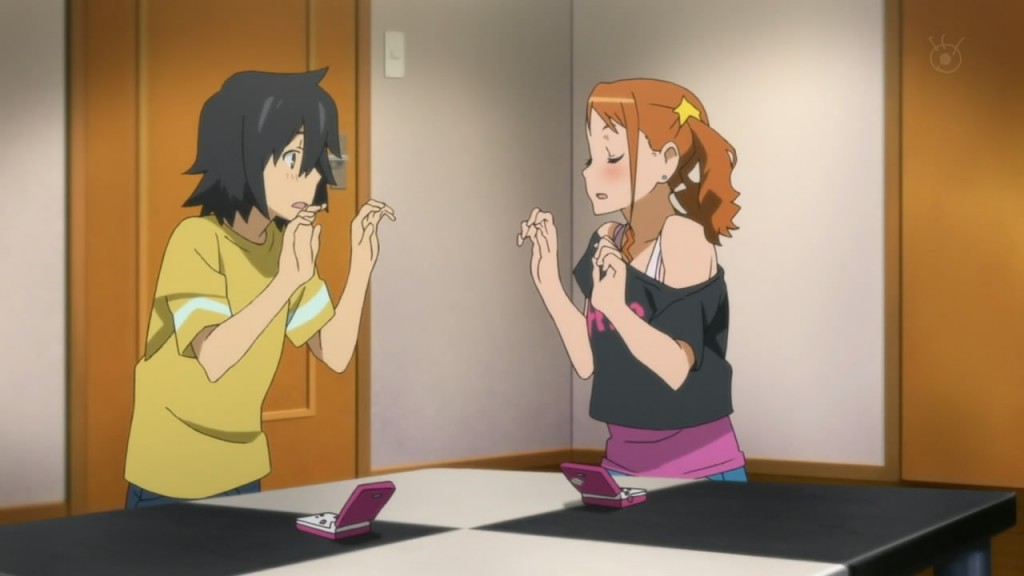 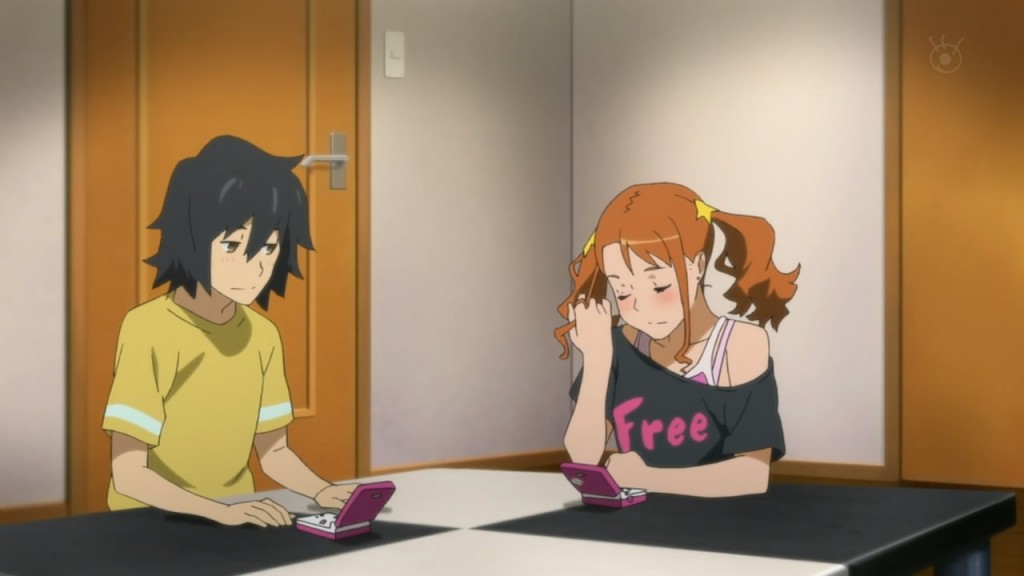 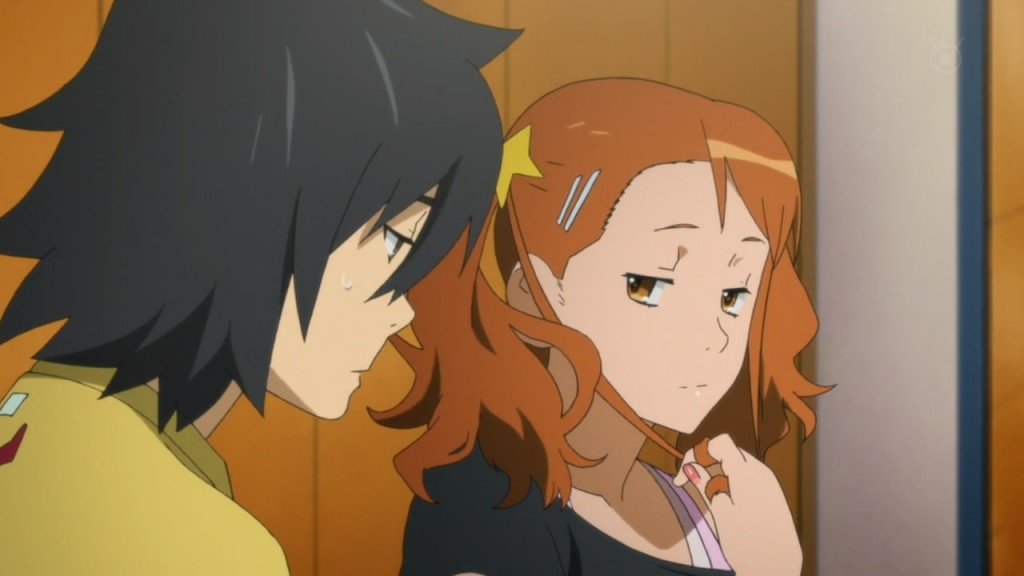 That said, this was definitely a step in the right direction for the group getting back together. With one more comrade in their group, I’m curious to see how Jintan is able to get the rest back of the gang back together. Except for that Yukiatsu… he’s just sick. XD

Jintan goes back to school next week! Also seems like Tsuruko may come around as well! =D