The king of comedy is back! After a year long hiatus, the Gintama Anime series has resumed, and done so with a huge bang. In a single episode, we got jabs at One Piece and Dragon Ball Z, and we literally saw every major character and status quo get turned on its head for what is one of the funniest Gintama episodes ever.

The very idea of this alternate version of every character is pure genius, and I’m actually surprised that the series didn’t use this before. Every character’s personality took a 180 degree turn, save Shinpachi. Thus, as per usual, Shinpachi becomes our relatable character and joins as we go “wtf?!?!?” at every hilarious change each of the characters under go.

I particualrly enjoyed Gintoki’s transformation and his jab at One Piece and Dragon Ball Z. Its all the more funny when you realize just how stretched and drawn out the stories for both Anime were because they had caught up to the manga. It was a very “we didn’t do what the big names did” but given that Gintama actually did the “sensible” thing for a change. I say sensible very cautiously, as nothing in this series is sensible.

Speaking of not being sensible, we are introduced to Kagura, who has… erm… Grown up: 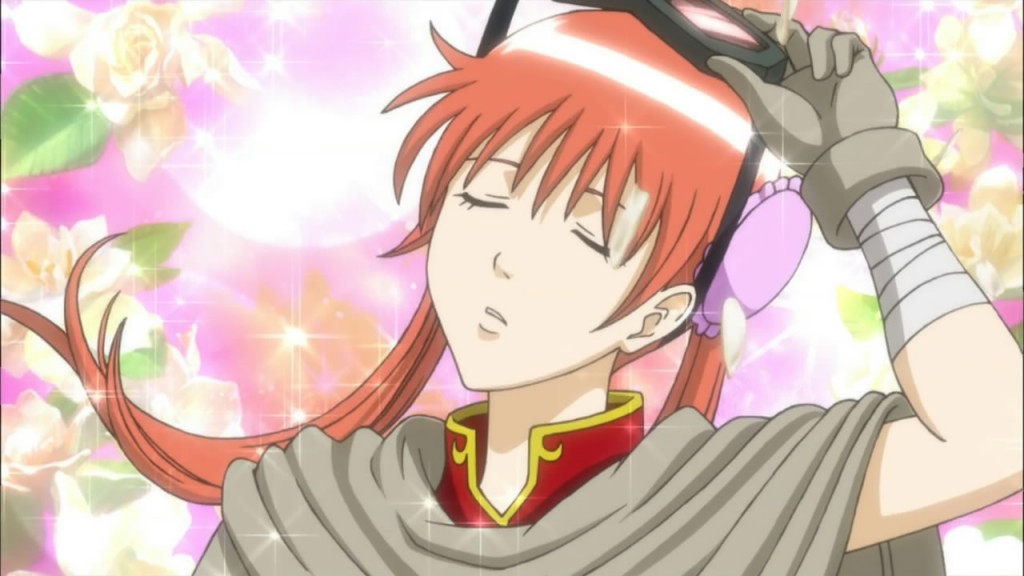 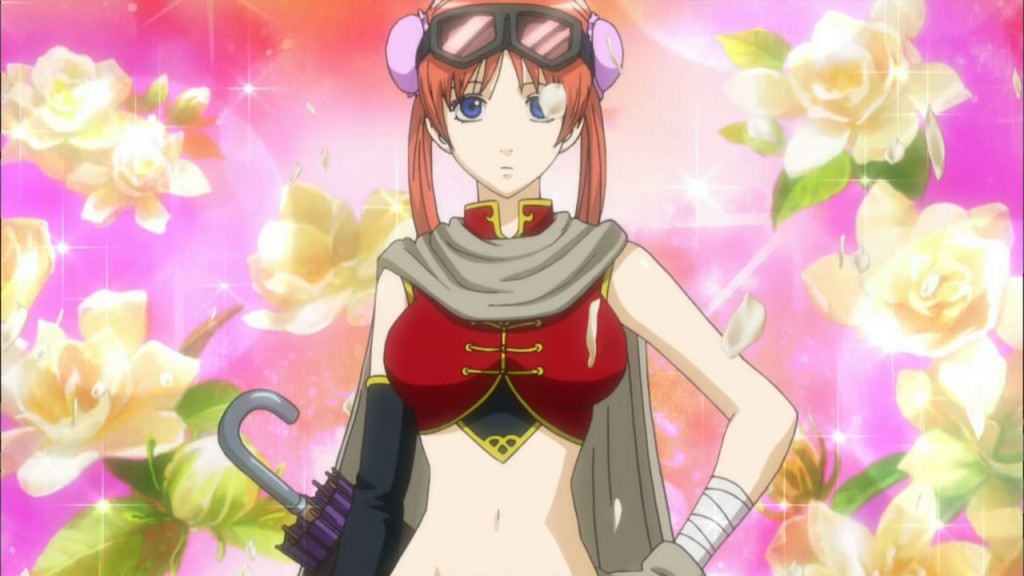 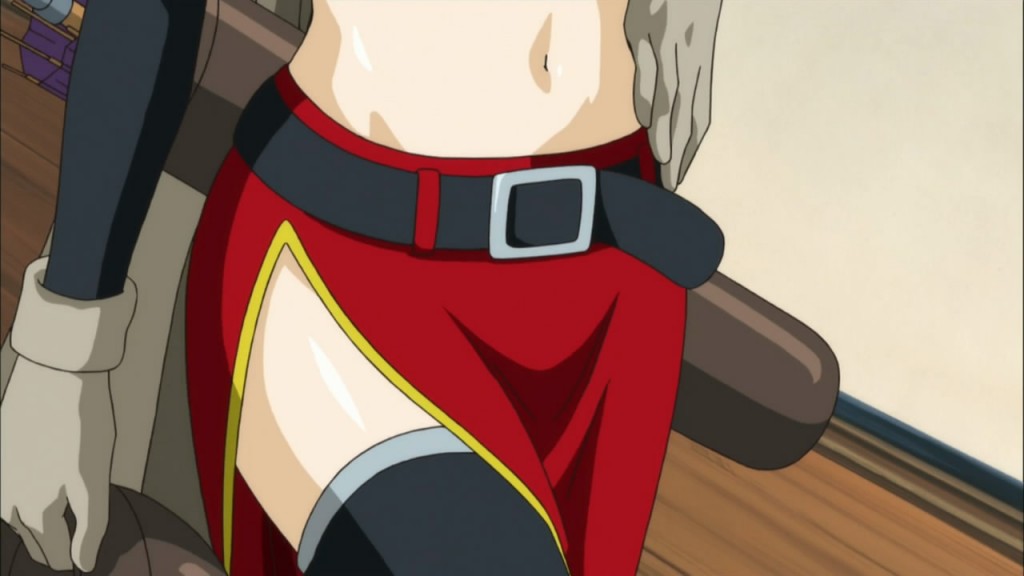 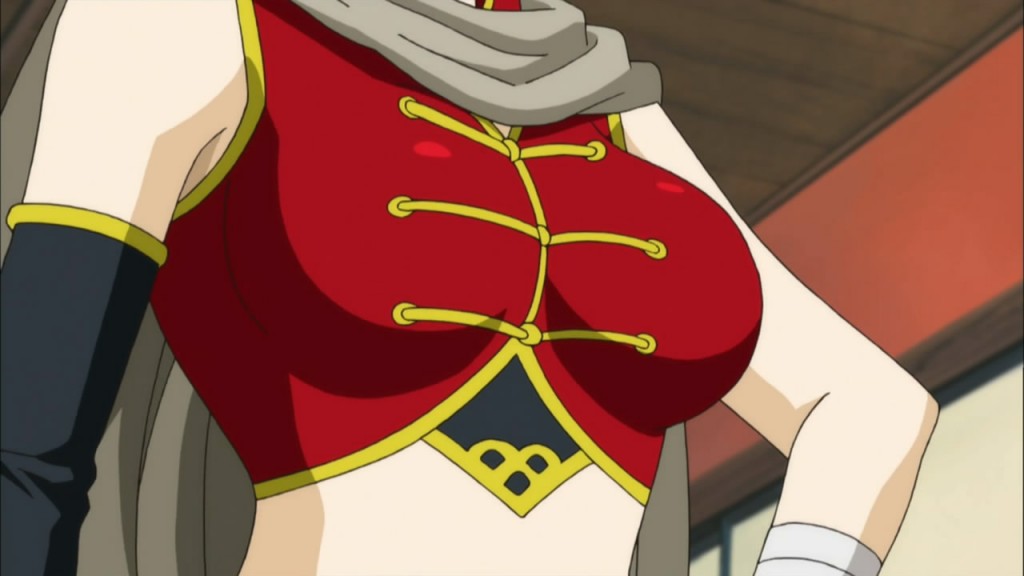 As usual Shinpachi straight man reactions were on the ball.. It makes me kinda wonder how the story would’ve been with an adult kagura. I’m sure I wouldn’t mind it, and I’m sure the creepy GinxKagura shippers would have a ball XD

Of course the shocks went even further when we got to see what had happened to the other characters. Wow had things changed. One of the things that probably will never happen in Gintama canon, was shown, and wow… Did it seem WRONG! 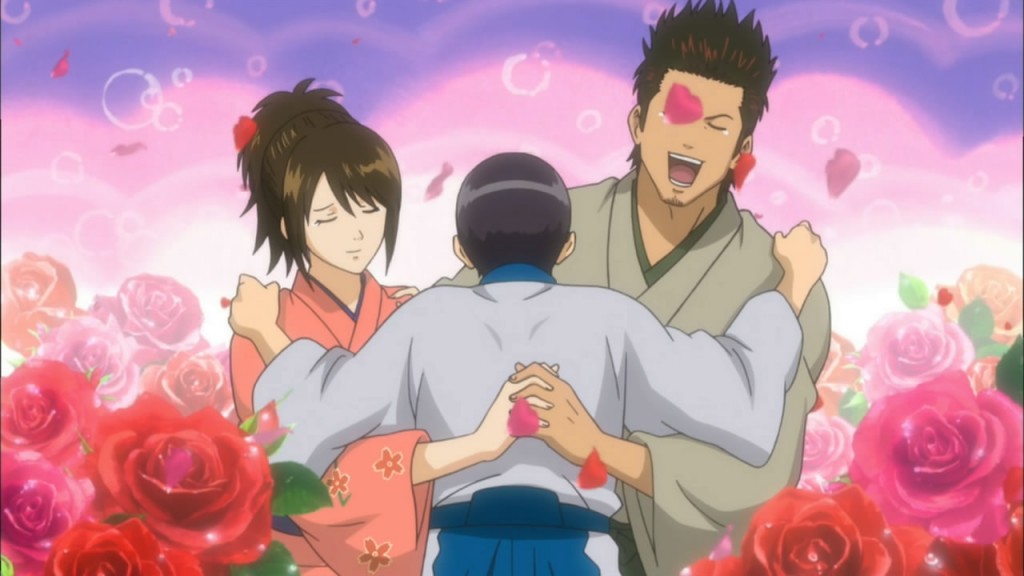 Having Kogoro and Shinpachi’s nee-san married was ingenious. I’m sure a lot of people have wondered what it  would be like to see these two characters together, as it probably sure as hell will never happen. It was funny as hell to see Shinpachi squirm and gasp as he saw this new reality in front of him. XD

That said, the most hilarious thing about the episode was when Shinpachi ran into none other than Kyuubei: 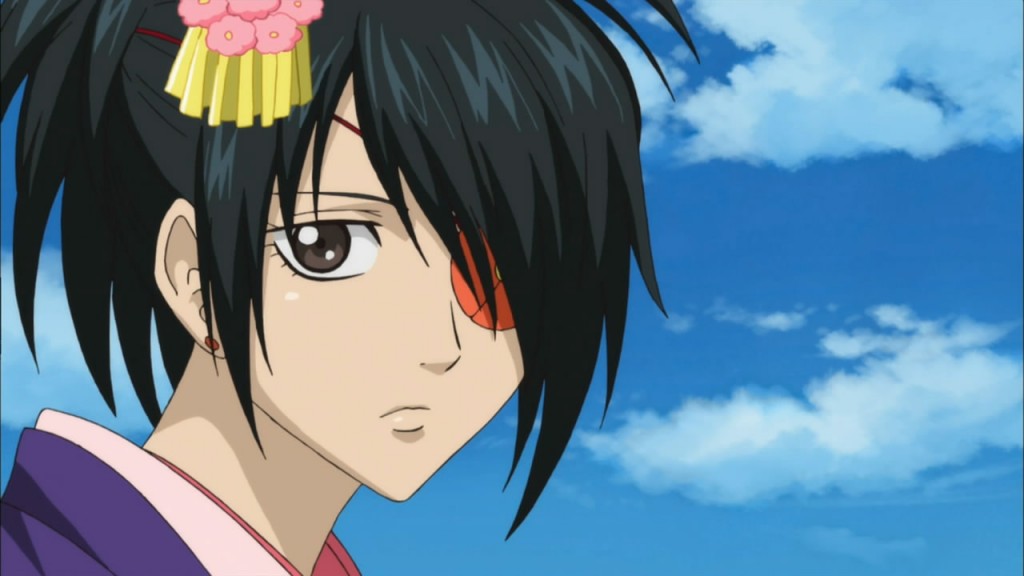 Seeing a Feminine Kyuubei was awesome, but this is Gintama… And given that it IS Gintama, I wasn’t surprised when Kyuubei announced that she had actually switched genders and become a transexual. I felt bad for Shinpachi, but hell, it was still pretty darn funny. Of course, the episode then ended with: 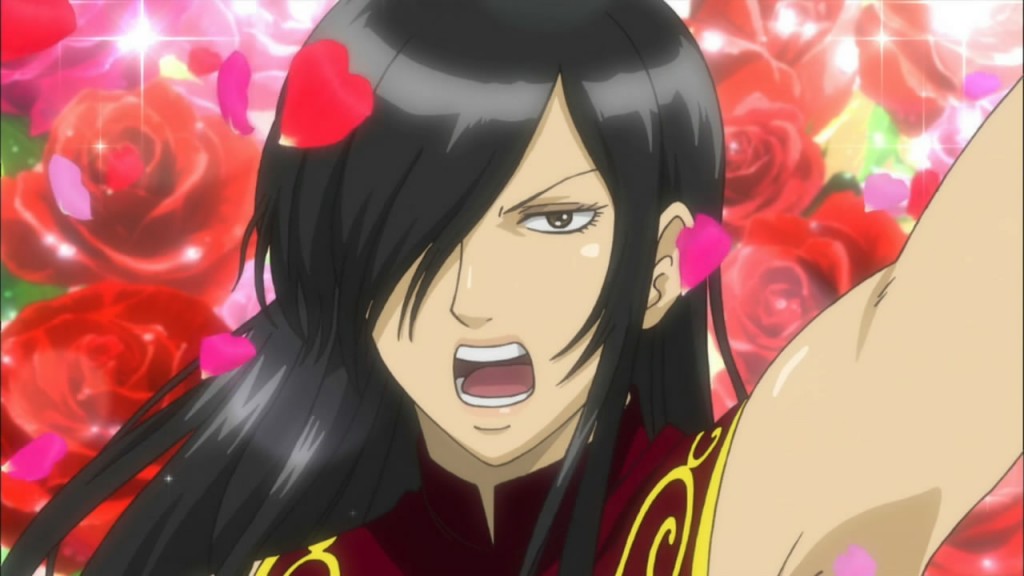 Bwahahaha! So typical Katsura. Totally over the top, and totally unexpected XD.

All in all, this is a nice, and rather funny start to Gintama, and I’m rather curious to see where this arc goes from here, or how long its going to be. Either way, nice, funny and hilarious stuff! Welcome back, Gintama! =D

The new OP was pretty good. Its a lot like some of the Gintama’s more wacky, odd ones then the epic serious ones. It was still pretty cool. I found the start to be pretty awesome, with all three characters looking back like they usually do in most Intros, except with a creepy stalker face XD

All in all, this is definitely one of the better Gintama OPs. Probably not my favorite, but still pretty cool!

Now this is what we call EPIC! The ED is absolutely one of the best I’ve seen from Gintama, if not the best. The animation was spot, giving us an insight into the next big arc that’s going to hit us very soon. Given that the upcoming arcs is one of the best stories the Gintama manga has had, I’m very very very very excited about this!

Not only that, but the song by SPYAIR was epicly awesome too. Definitely going up there on my Anime OST playlist! Nuff said, I loved this ED.