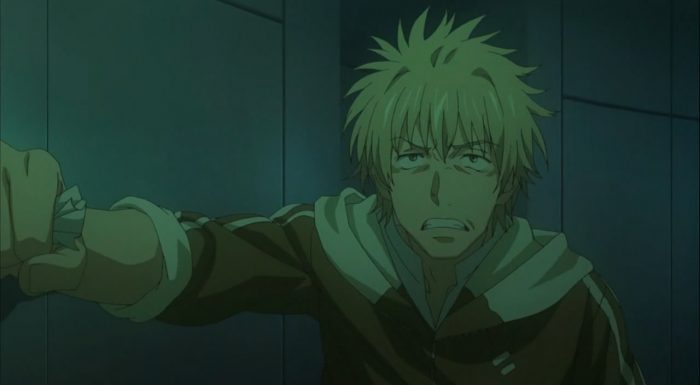 Despite the lack of excitement in this last arc, it was still a pretty nice spot to end the series on. We were introduced to another one of the major characters, we saw a new alliance formed, and Touma actually was epic-ly cool without relying on his Right Hand!

I particularly enjoyed this episode because each of the various events were setup in a way where all of the characters had a weakness that worked around. This is what the series really needs to do from now on. Its no fun if the characters are overpowered to the point of being in god-mode.

We saw this best with Musujime and especially Accelerator. Accelerator has a serious handicap with how his powers are only available for a short time. Added to that, stuff like a simple Chaff grenade can put his powers out of comission. Yet, what made the battle with Skill Out’s leader so epic was how he figured a solution to his predicament, while on the brink of what seemed like death. It also helped that he couldn’t have made it out alive without Musujime’s help, but still… it was good to see the characters feeling some difficulty in what they had to.

Its interesting how every character that had epic powers has been Nerfed to the point where they can just barely get by. Speaking of barely getting by, Touma actually faced a real challenge in this last episode as well. He had to take on SkillOuts, people who didn’t have any magic or esper power for him to cancel out.

The way Touma still handled himself in the situation was nothing short of awesome, and definitely made him the most likable he’s been all season. This episode actually had Touma hit on all the right notes. He was his selfless self, he went in and help Misuzu, but still got some help from a powerless Accelerator. Even Touma’s speech to Hamazura was epic, and I actually totally agreed with everything he said. There was just one major difference between Touma and every other Level 0, they don’t get a instant ability canceler against any kind of person with any kind of power XD

Still, I gotta give props to Touma for delivering a good speech, and then giving Hamazura his trademark “Punch to the face” two times. Touma is definitely going to be the hero in the forefront, making sure injustice and flat our wrong never happens. What I love about the Index verse is how complex and realistic it is. There’s another side to every conflict, one that rarely is seen by most, even the heroes, and that’s the dark, hidden side of Academy City.

That’s where Accelerator, Musujime, Unabara and Tsuchimikadomo come in. Seeing their alliance form, and seeing their motivations and intentions to fix Academy City from the darkest, most unreachable reaches was awesome. As awesome as Academy City is, Aleister is no saint. In fact, he definitely needs to be taken out of the picture at some point. It’ll be interesting how Accelerator, Musujime, Unabara and Tsuchimikadomo work for Academy City but against the higher ups.

The final reveal, was that MISAKA MISAKA was actually alive, and that ended the series on a nice note. Not a bad way to end the series, and I definitely want to see more of this franchise. Its sad that I’ll be tense, wondering if we’ll ever get a Season 3, and if we might get another Railgun season before we do. XD

Now, I generally keep my opinions for entire series to the reviews. Those reviews are kinda professional and are worded to be to the point rather than glossing over the details of a series. So, I’ve decided that after ever series I successfully finish blogging, I will do one of these series impressions at the end.

So… overall, how was Index Season 2? Personally, it was a bit of a let down for me. I was expecting some epic stuff, and this entire season really felt like To Aru Majutsu No Index 1.5 rather than 2. The series did advance the plot, but given how much time has passed since Index season 1, I really felt like the plot moved at a snail’s pace.

Touma took on a few more villains, and met some new characters. The Index verse was ever expanded, and we got some great ToumaxMikoto moments. Those were the highlights, and I really enjoyed them. At the same time, I felt like the pacing, and a lot of the dialogue and scenes felt a bit off. Particularly, Touma’s speeches and beliefs for everything, were not as impressive as they were in Season 1 (save for the last episode of this series XD)

All in all, It was a good series. I think its a decent continuation of the first season, but I was just expecting to be blown away, or at least enjoy this series to the same extent I did season 1, and it just didn’t match the experience as much. I hope to God this series is continued, because we definitely did not get our epic arc with all the characters and the whole world at stake yet. We didn’t get our payoff this season, and I really hope we eventually do get it.

Now the question is, will I learn how to read Japanese and read the Light Novels first? or will Season 3 come out? Hrm… XD