I’ll very openly admit that I have been rather bad at blogging Toaru Majutsu No Index II. Its not that I lost interest in the show, or think its bad, its just hard to get super excited or super ticked off I believe. There are two situations which create interesting reactions from people, when something is super awesome or something really sucks. I feel like these two episodes of the series, 21 and 22 were good, cool, nice but they were not superb, awesome or disappointing for that matter.

I honestly take issue with how J.C Staff handled this arc. As far as I can see, the epic story, the interesting moments, the character development, its all there. Its all there and its darn good. What sucks is how the story is told, there are certain missteps that really make me feel like these 2 episodes were just “adapted” without the same consideration that Index Season 1 had. I guess this dip in quality is so notable because its J.C Staff and because they have been doing a smashing job lately.

We had two interesting stories running in parrallel, we had Kamijou Touma trying to stop Vento and save Kazakiri and we had Accelerator trying to save Misaka Misaka and trying to take down Kirihara. Now these stories, were excellent set peices and even more so because they intermingled. Added to that we had Index and Misaka working together and trying to help both sides. With all this epicness and a great build up these past few episodes, I was rather shocked to see how quickly things ended.

Yes, my issue is that this arc just ended waaaay too quickly. Honestly, I feel like the extra 2 episodes that this series has next, should’ve been shelved, and the series could’ve extended this arc all the way to the end.

The whole idea of Academy City being invaded, of Kazakiri being used a synthetic angel defense system, and of Accelerator taking on Kirihara while sinking back into his own darkness… They were all great ideas. The fact that Touma simply ran towards Kazakiri, faught Vento for a bit, gave his classic speech and then punched her in the face, knocking her unconcious, was hardly interesting.

The fact that Accelerator just simply found Kirihara, took out his thugs, got his chip destroyed and then rose to quickly kill him with a power boost (that was probably angel-like in nature) was nice, but it wasn’t mesemerizingly cool.

The reason for all of this? The characters simply didn’t struggle enough. Things did not go bad enough, the stakes did not seem too high, and not much was at risk. Or at least, it didn’t feel like it was? Why is that?

Its simply because we were thrown from one event, into the next, then into the next and so on. We barely had time to process that Accelerator had just got his chip destroyed and that he was at the mercy of Kirihara, because a few minutes later, Kirihara was interrupted by Index and then taken down by Accelerator.

Same goes for Touma, he never felt like he was in danger. In fact, even though Vento was one of the Hands of god or whatever, she barely put up a fight. Sure, we had the reason that Kazakiri and her Angel-like form was the cause of weakenning her, but have Touma take down a weakened, barely able to fight opponent was no fun at all.

It is never interesting when the hero doesn’t have a worth obstacle to overcome. More or less, Touma breezed through that battle, he didn’t even lose a drop of blood. Meanwhile, we  saw Vento get beaten down by him, and madly keep swinging her sword at him. Hardly interesting.

I’m not sure how this all went down in the novel, but THIS, this was the place where the Anime writers and the Directors needed to step in and make things interesting. On top of that, while we got a decent speech out of Touma that actually hit at the core of Vento’s values, we barely got any idea of any sense of tension, regret or pain at having to deal with Vento while his friend was being used as some freakish angel.

No, it seemed like Touma was feeling right at home, and that this was just another regular day. And THAT, is what felt wrong. Added to that, we hardly got a clue to what Accelerator was thinking. Why he got up, how he sprouted that power, and even Kirihara wasn’t  as scared as he should have been. The guy had friggin lost control to the zombie he had taken down a few minutes ago, and all we get is an ambigious monologue on what he thinks Accelerator’s power MIGHT be.

Hardly satisfying. I admit, I found the concept that Accelerator suddenly sprouted a power and was able to take down Kirihara while barely being able to even speak, but I wanted to know WHY. Events just kind of played out, and we got to witness them, rather than enjoy them and be amazed by them.

So yeah, I guess this entire post is just me kind of saying how I feel disappointed and let down by the one arc I was expecting something cool from.

The story and plot are enough to carry these episodes and not make them feel BAD, and the animation, music and voice work are all top notch. The pacing, story telling, character development though? I feel like its really just squandered in favor of just getting the arc done in 4 episodes and filling some sort of quota.

Yes its okay, but I expected better, much better. And there were some good bits, like we got to see Super-man dude: 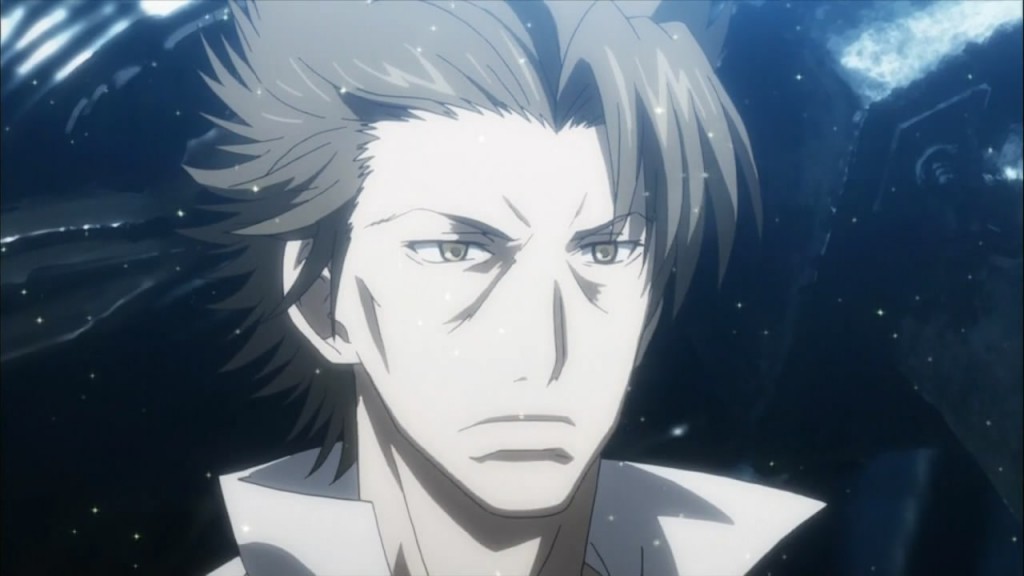 I am Vegan, and hence will OWN you!

Scott Pilgrim versus the world referrences aside, I really was impressed by the few bits at the end for sure. We had this guy just bust into Academy City, Grab Vento, own Touma by taking his rather convincing argument that he had directed at Vento, and turning it on its head. I think the fact that Vento had gained all the power she had was evidence enough of how strong her conviction and beliefs were. If Vento had actually been a bit more careful, then she could’ve actually done some damage to Touma.

This man though, did it in less than 2 minutes, and also proceeded to let Touma go, while warning him that he was a Saint, on the level of Kanzaki. And we all know that Kanzaki took out an Angel by herself. So yes, I did like the little bit at the end.

Accelerator’s mysterious powers were also interesting, and definitely made me want to learn more. There are indeed quite a few interesting things left in the Index verse, its just sad that all said interesting things had to pop out in the last few minutes of the episode though XD

No preview since I blogged this with  the latest episode. Go Read  the next episode blog post XD