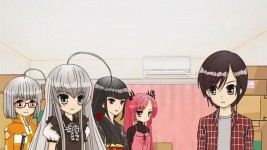 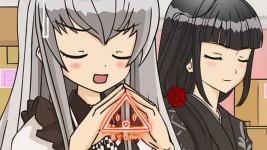 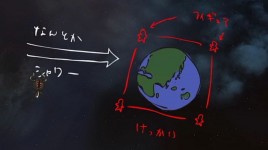 In a sick, sick twist of fate, the animators decided that I haven’t lost enough of my sanity and released the official finale for Haiyoru! Nyaru-ani.  It takes place after the supposedly “epic battle” and we see Nyaruko and company return to Mahiro’s home, which is now filled with boxes.  He asks them why there are so many boxes in his house, but Nyaruko ignores his question, telling him that the “fight” went well and they are going to be heading out soon.  However, it turns out that there wasn’t a battle at all.  Someone from their home planet wanted four limited edition figurines and if they couldn’t get them, they’d destroy Earth.  Nyarlko then tells Mahiro not to worry because they’ve already erased everyone’s memory and no one remembers the incident.  It also turns out that the large brick is just a shuttle to return the items to their home planet.  Understandably, Mahiro is furious when he learns of this information and demands to know why his memory wasn’t erased.  Nyaruko sheepishly reminds him of their promise and said that she’d erase it after they “hugged and kissed.”  Mahiro then attacks Nyaruko with a fork and that’s the end of the series. 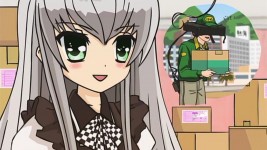 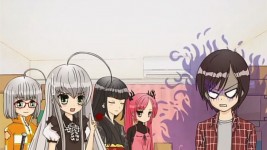 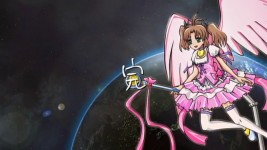 Opinions: This is probably the lamest season finale I’ve ever seen.  Everything that I thought was going to be epic about it wasn’t and it left me fighting the urge to punch a wall.  I swear to God, there better not be any more episodes…