This was quite the emotional episode. There were two major scenes in this episode, both of which left some everlasting changes, although there wasn’t a change up of the status-quo as much as I had hoped. Either way, we got some nice twists, some sad surprises and a nice little addition to the Fairy Tail team.

First of all, we got the whole issue with Jellal dealt with. It was interesting, seeing Erza’s inner turmoil at losing Jellal, but it was even more awesome seeing Natsu not give a care and just simply attempt to rescue Jellal. Following Natsu, everyone gave in to their feelings of companionship and tried to save him. I had half expected only Erza to go help Jellal, but she just stood there, and then did the unimaginable. She stopped them?

I guess it makes sense with Erza’s personality. She won’t break the rules and believes in atoning for your sins and all that. She made the slightly right decision I guess. Jellal had cause tons of havok, and suffering. Simply losing his memories doesn’t fix his past mistakes. I have to hand it to Jellal, for not squirming like a little bitch and taking his punishment like a man.

I do think what Erza did was a little cold-hearted though. Especially since the new Magical Council had just reestablished, there was no need to go out of her way and accept their stupid decision just now. Jellal did deserve a second chance, namely because of how much he did for everyone in this arc.

I didn’t feel all that sorry for Erza when she cried on that mountain. It simply didn’t matter when she could have actively done something to stop her sorrowful situation. I’m a stickler for rules myself, but I know that there are sometimes when Authority needs to be challenged and sometimes when doing the things you believe in are more important. It shows that Erza may have gotten stronger, but she hasn’t gotten strong enough to oppose authority yet. Maybe its because she’s older or more mature or whatever, but I liked Natsu’s bravado in not giving a crap and just doing in what he believes is right.

The other major event this episode, was the whole revelation about Caitshelter: 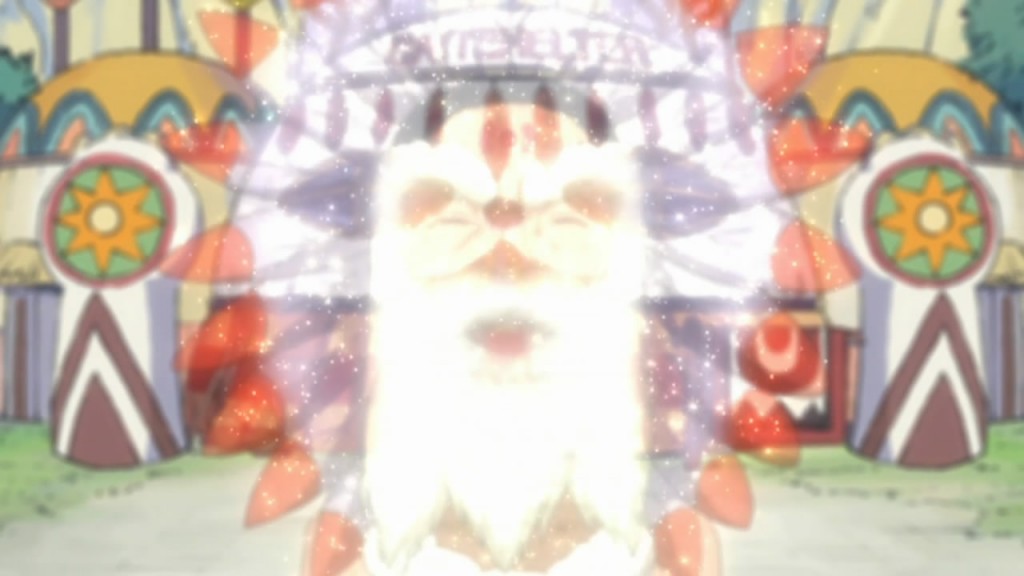 The whole idea of Wendy having gotten her guild just for her was a bit sad and a bit touching as well. It was sad to find out that her entire life uptill now had been a lie, and everyone she knew wasn’t even real. That’s quite a bit of information to throw at a kid, and I’m surprised she didn’t just go insane from the shock of it all. Breaking into tears was quite the mature reaction I’d say, especially given how old she is.

It was nice to see Erza invite Wendy to Fairy Tail, and give her the suggestion that she bury  the pain of loss within the arms of her friends. The sad part was, that this was quite the hypocritical statement, as Erza had been crying on the mountain side alone. But only the viewers and Wendy know of that XD

Either way, I guess this wraps up the arc. I’ll probably do a “Nirvana Arc” review at the end of this week. Other than that, nice arc! I definitely enjoyed the story, and Fairy Tail definitely just keeps getting better and better. I can’t wait to see what’s in store for the next big arc.

Next week will be Wendy’s welcoming party into Fairy Tail eh? Sounds awesome. There’s also some stuff about Dragons! All next week!