The summer season has officially ended with September having started a few days ago. Summer is generally the time when people are free from their responsibilities of work/school and have time to kick back and relax. Some of us travel, some us hit the pool, some of us hit the books, and some of us relax inside an Air Conditioned room and watch Anime!

The summer season was a pretty different season from any previous seasons we’ve encountered so far. The first and foremost notable change was that there just weren’t as many series as there generally are. I’d like to say that Quality always trumps Quantity, and that’s quite true, but the problem here was that because there wasn’t much quantity, there wasn’t much quality either.

Compared to the last few seasons, The Summer 2010 Anime Season does indeed disappoint, with few really noteworthy shows. There were some good shows, but there were very few “zomg I must watch this every week” stuff.

With  that said,  it’s worth taking a look at what came out in the Summer season and how it was:

The show that really kept us entertained and excited this summer was definitely “High School of the Dead“. Nuff said, it is definitely our Anime of the Summer Season of 2010. The Full review is pending till the series completes (we’ve got about 3 episodes left). But that said it was a joy to watch for Sure!

We had a number of pretty good shows over the summer, which, while not amazing, definitely kept us entertained: 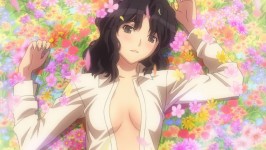 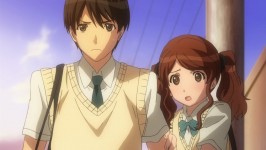 Another “high school romance” show based  on an eroge. It attempted to do something interesting by making 4 episode arcs for each of the girls. Its good, with each girl being one of the given stereotypes of your typical eroge. We can’t say we haven’t seen it all before somewhere. Still, high school romance buffs will definitely find some entertainment here. 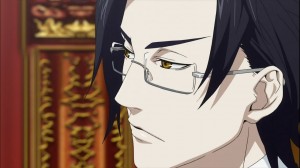 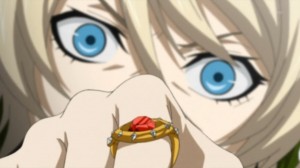 The reason for a season two for this series is a bit nonsensical, but this series seems to be picking up pace and may be just as great as the first series. The start was interesting, but the story hasn’t had the finesse or the draw that the first season did. Only time will tell if Kuroshitsuji II is a great show, and given that its not even half done, its got plenty of time!

Ookami-San And The Seven Companions:

Ookami-san was the JC Staff offering of the season. Ookami-san had the typical Tsundere main girl Ryouko, and the “scared of being looked at” Ryoushi. It was an interesting little show that had some very funny moments, and a decent plot, that while nothing new, had its interesting moments. With 2 episodes, Ookami-san is just about wrapped up and it was a nice, neat little comedy series that will entertain, but its hard to call it memorable. 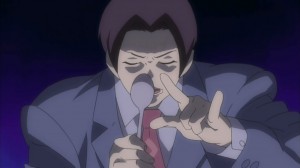 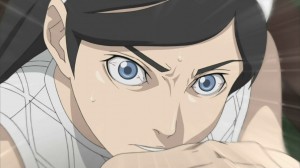 Another series of the Original Anime Projects, this show was a bit hit and miss really. The fact that it had a different director every few episodes didn’t help it a lot. The main story still hasn’t been touched upon, and we’re already at 9 episodes of this 13 episode series. Occult Academy provided some interesting supernatural stories and decent characters. Of course, while its good, nothing really stands out on this series either. Quite a shame, cause the animation, voice acting, music and what not are pretty top notch. It just needed a good writer, and ONE director. Its worth a shot, but even if the last few episodes can redeem this show, its been a rather unfocused and random show  at best. 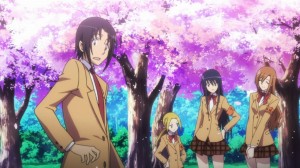 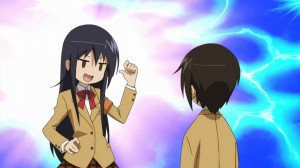 Crude Humor? Perverted jokes every few minutes? High school? Slice of Life? Yep, Seitokai’s all those things. This is a pretty funny, slice of life high school comedy show. Its not particularly original in its characters, subject matter or setting but the way it just goes over the top on its jokes and subject matter, its a very interesting show. The only real problem with this show is that it is a bit over the top, and its not really for everyone. Definitely worth a look for those looking for a few laughs at some crude jokes though! 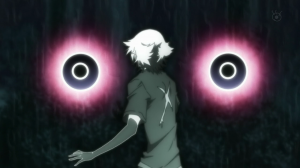 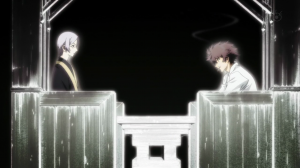 Shiki is a series that suffers from very slow pacing. We’re talking crawling at a snail’s pace pacing at that. Its definitely the sort of series that’s best watched bulked. Its got chilling moments, a good decent amount of tension but the excitement is definitely brought down with how slow things are moving. For horror/suspense fans, this is definitely a show to check out though!

The Legend Of the Legendary Heroes: 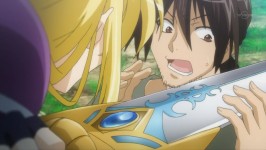 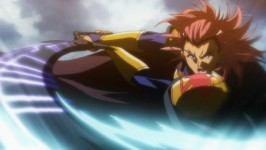 Odd name for a series for sure, this show is a mix of comedy, action and good old fantasy. Of course, while the series has great potential, its had a hard time balancing the two plot lines that its been given. The Legend of the Legendary Heroes definitely has us curious, but it seems like this is one of those shows that starts of slow before getting all amazing. Its definitely worth starting, with a good 13+ episodes to go!

And then there’s the stuff that is just “meh…” and really not worth wasting your time on: 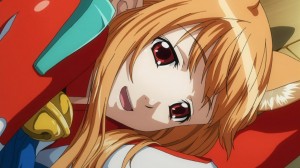 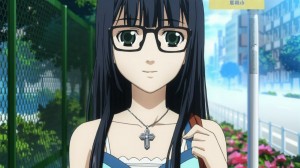 One of the few fanservice series that gets so boring and has no really draw for it.Its not over the top fanservice, its not funny, its not a decent harem either. There’s action thrown in there too for some reason? And Cat Aliens? Its just confusing, unfocused and Setsuken honestly lost interest after 3 episodes. Maybe it gets better, but we think its best to pass on this one.

The summer had a decent bunch of series, but we rarely saw anything that made us super excited or anticipate the weekly release each week. Not a bad summer, but not a great one either. Here’s to the Fall Season!