Tokyo Majin Gakuen Kenpucho: Tou is one of 2007’s less known titles, thrown into the background amidst the ongoing battle between US localization companies and fansubbers. It really is a pity though, since Tokyo Majin is one of the better anime series that use action as a nice plot device and focus on its superb story. While its not a perfect show, it definitely deserves to be remembered as one of the better action, supernatural shows of the anime industry. 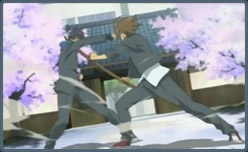 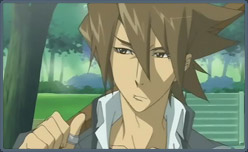 Tokyo Majin has a story that derives its themes from Buddhism, Japanese history and Chinese culture. There’s a lot of talk about Karma, the 10 holy treasures and what not, as well as the holy dragon veins that hold great power, buried in the earth. The plot revolves around a group of high-schoolers, who awaken great powers when the Dragon veins are disrupted by a man seeking to take revenge for a centuries old grudge.

If  there’s one thing that Tokyo Majin has, it’s a very complicated and well thought-out story. There’s a lot of complex concepts, and at times, one can even find the plot hard  to follow, even if things slowly clear up and piece together. Tokyo Majin is a show that throws you right into the action to start off, and then slowly works its way back towards the background and events that lead up to what is happening. For those who love mysteries and love to see things slowly unravel, Tokyo Majin is a real treat.

One may find the ending a bit lacking, but only because this is season one of two, and there are obviously things left out for the sequel to address. One thing that is required to enjoy Tokyo Majin is patience, as the pacing can slow down to that of a snail’s, before picking up and getting intensely exciting again. The reason for this is that the show focuses a lot of its characters and their development, and there will be instances that may seem slow, but give a lot of depth to the characters. Indeed, it seems that those involved in this adaption of a manga that is actually based on a 1998 Nintendo RPG, cared quite deeply for the source material. This love of the story and the characters is evident in the work put into the series.

The characters of this show, in particular, seem really loved. It’s easy to understand that the original concept of this was based on an RPG, as every character in this show is given his or her due time in the spot light. Many of the characters are cliché character types that become something more with the great deal of attention and depth that is put into both their personalities and their back stories. It’s debatable as to who the main character of the show is, but the two main male characters, Hiyuu Tatsuma and Kyouchi Houraijii are amazing and interesting characters. 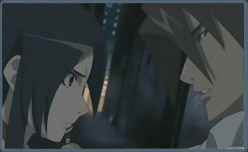 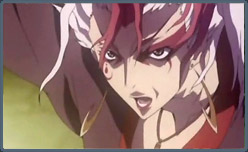 The dynamic of the goody two shoes and the brash, ruffian violent characters has been something that has been seen quite often in stories, but the chemistry and friendship, along with the different approaches that both characters have, make for one great combination. Add to that, the other characters such as Misato Aoi, or Komaki and Daigo, and the show can practically stand on the interactions and relationships that its characters have.

While the fact that the show never settles on who the main character is, and has a sort of identity crisis gives the show an edge, it also gives it a weakness. At times, it can be beyond frustrating to wonder just who the main focus is, and why at certain times, one of the two main guys is being focused on. It becomes a tough thing to balance, as both characters are such strong entities in the plot, that it’s hard to give one the spot light without sidelining the other. It really depends on viewer if this hurts the experience or not, but this is just one of the show’s polarizing elements.

Another thing that is quite impressive, and rare to see, is the fact that the action is never given the first priority in this show. The action scenes, when present, are amazingly well choreographed and are a joy to watch. The series, however, has its priority on its story and focuses on using the action as a plot device rather than making it the focus. For action nutts, the action may be a bit too little, but there’s definitely something for those who enjoy martial arts, fighting and action, if in small, infrequent doses.

That said, the show has great production in both the audio and visual departments. The anime is well animated, with  smooth, consistent animation throughout. The animation may not be breaking into any new territory, but for what it’s worth, it gets the job more than done. The animation can be best be described as flowing water, as it is  crystal clear and smooth. The art is also impressive, with some decent amount of gore and some very impressive character designs. Everything has a high school, delinquent-like feel to it, and above all, it feels very Japanese, as it should.

The voice acting is also top notch, as is the OST work. The OP and ED themes in particular are very cool and impressive, good old J-rock works done by ACID. The OST and sound effects throughout the series never disappoint, and again, while it won’t really be remembered by many, it does add great amount of entertainment to a show that would feel empty without the work that was put into its sound. 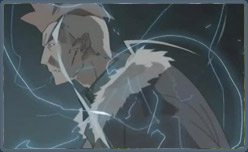 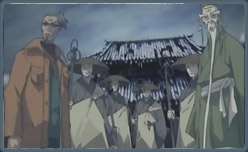 All in all, Tokyo Majin is one of the better shows to come out that focus on Buddhist themes and have a decent amount of action. There’s a lot of elements in this show that can’t be found anywhere else, and while the show ends on a cliffhanger, a second season is there to fill the void for those who grow accustomed to the amazing characters and the visualization of Tokyo that the series presents. While not perfect, and having some focus and pacing issues, we definitely recommend Tokyo Majin to anyone who likes a cool story, and give it a grade of B+.