Toaru Kagaku No Railgun (A Certain Scientific Railgun) is the spinoff series from 2009’s amazing Toaru Majutsu No Index (A Certain Magical Index). Set in the same universe as the previous series, Railgun centers on the Level 5 user, Misaka Mikoto (nicknamed Railgun) and her friends Shirai, Saten and Uiharu. For those curious, Toaru Kagaku no Railgun is a series that will intrigue fans and newcomers alike, even if it is a bit rough around the edges. 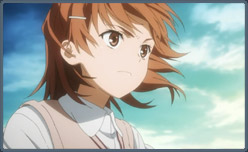 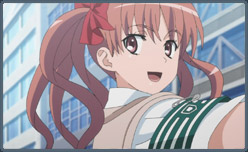 In many ways, Railgun feels a bit more self contained and a bit more focused because it focuses heavily on the scientific side of the Toaru Majutsu No Index universe. The Academy city feels even more believable and cohesive than before. For fans of the previous series, there are a few tidbits of Touma and Index appearing every now and then, but beyond those special treats, the story is all about fleshing out the city and Misaka and her friends.

The plot for the show is strong and above all cohesive. Unlike the episodic, arc nature of the Index series, this one spends only the first few episodes introducing its core cast, and then starts right towards developing an overreaching story that consumes the entirety of the series. Since the story for Railgun is more self contained, it feels a lot more satisfying, as all the plot threads that are introduced in the story are resolved by the end, and all characters are significantly focused on throughout the series.

Perhaps the only real major problem that some people will find with the plot is that it essentially sidelines most of the characters from the previous series. Touma and Index are rarely activate participants in the events of the series. For many fans, this is a bit of a letdown, even if it’s one that most will be quick to get over because of how entertaining and engaging the story is. Those who disliked Touma or his preachy nature as a main character, may find the brash and stubborn Misaka to be a much more interesting character. As for those of us who actually loved Touma, a rather large void is indeed present.

Regardless of whether one is a fan of Misaka or not, anyone who is even remotely interested in the Toaru franchise will definitely not want to sit this series out. Its not that something very plot changing or essential to the main Index story happens here, but the side characters that are integral to that story are fleshed out a lot more. The Academy city is also explored in various areas, and we get an idea of the various districts, student life and the conflicts that would result in a technologically advanced city that houses so many espers. 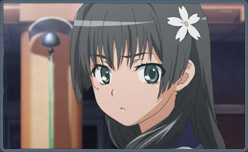 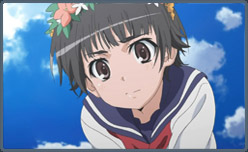 It is worth noting, that this show doesn’t have a very shocking, awe inspring or highly complicated plot like Toaru Majutsu No Index. The focus is not on new, unique powers but rather on the simple concept of having a city filled with individuals that posses supernatural abilities. Its a much more simple, character driven story that uses the technology of the city and powers of its residents as a back-bone for a fairly straightforward story that puts its characters through some trying events. The good thing is that this approach works quite well, and is actually quite effective. If only because of how the main character is. Misaka is not Touma, and obviously a story that hits too much on logic and finding a solution to impossible situations isn’t suited for her.

As with Toaru Majutsu no Index, Railgun also has a strong cast of characters that compliment the immersive, believable  Academy city where all the story’s events take place. The characters may be strong, but this is mostly an all female cast, and to quite a few people, that’s a big “hard to believe” element that sort of detracts from all the believability that the series does so well to accomplish in every other aspect. Judgment, the student organization dedicated to upholding order, is composed entirely of girls. The two main villains of the series are both women, and the four main characters are also middle school girls. If one can beyond this one fact, there’s actually a really strong story, an immensely likable and relate-able cast of characters to be found in this series.

Perhaps the only other major flaw, is that the story, while strong, emotional and impactful, has no over bearing effect on the franchise as a whole. Unlike Index, this is a story that is within Academy city, and seems like every day routine. It’s not to say that it’s not interesting or engaging, it just feels weightless and less meaningful in the grand scheme of things. Toaru Kagaku no Railgun is, at the end of the day, a side story about the side characters of the Index world, and that fact in itself, limits the feeling of reward that one gets from watching the series.

The art, animation and production values for the show are very high and consistent throughout. This is a beautifully animated series, with impressive effects, action packed, expertly choreographic scenes and highly emotional moments. The character design and art style is carried over from Toaru Majutsu no Index, and is just as strong and impressive here.

Complementing the excellent visuals is an impressive OST and solid voice work. Both of the OP and ED theme sets are very well done, and much akin to the more loved first OP theme of Toaru Majutsu No Index. All the voice actors do a splendid job of fullfilling their roles, whether it be the main characters or even slightl guest star appearances like those from Touma, who is done just as believably by his VA as he was in his own main series. The attention to detail in both the sound and visual departments make Toaru Kagaku No Railgun a very solid series. 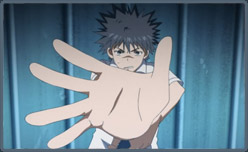 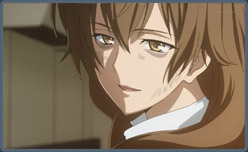 At the end of it all, Toaru Kagaku No Railgun is definitely everything a spin-off series should be. It never tries to overstep its bounds, and develops the side characters of the franchise’s universe along with the world that the story is set in. While quite a few people will miss Touma and Index, Toaru Kagaku No Railgun was definitely a neccecary step in the franchise, and an important step before a potential Toaru Majutsu No Index Season 2.