If you’re a fan of the mecha genre, there are two names you’ve undoubtedly heard, Gundam and Macross/Robotech. While the Gundam franchise has been churning out series after series, Macross hasn’t had a series in quite a while. Looking to change that and tap into that exceptional potential, Macross Frontier was made by Satelight. 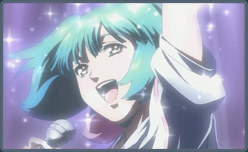 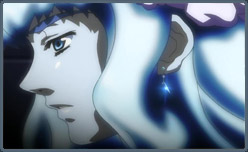 Macross Frontier is set 14 years after the Macross 7 Series. The series features the 25th New Macross-class Colonial Fleet, dubbed the Macross Frontier, on its journey to find a new planet for Human residence. This heavily populated fleet (complete with a dome city) is made up of both Humans and their allied race the Zentradi.  The series starts off as a VF-171 reconnaissance squadron is destroyed by an extremely powerful and fast insectoid biomechanical alien mecha known as the “Vajra”.

Thus, a war between the Macross Frontier fleet and the Vajira commences. At the same time, Intergalactic idol Sheryl Nome enters Macross Frontier for a concert. Amidst all this are Alto and Ranka, two young teenagers who both have dreams and hopes, and during an attack on the Frontier Ship, get acquainted with both each other and Sheryl.  Thus starts an intergalactic sci-fi story filled with love, space ship battles, political struggles and much much more.

Macross Frontier has a story that really sets it apart from any of the previous installments in the Macross Universe. The story has a much more political element in it than any of the other Macross series.

On top of that, there’s a very grand love triangle that takes a good bulk of the series’ attention. And let’s not forget the classic emphasis on singing and songs that the Macross franchise tends to have. Some of these elements are really original, while others are “tradition” as far as Macross goes, but all of them combine to make something really new and unique.

Instead of nostalgic, Macross Frontier feels very modern and futuristic. On top of that, it succeeds at doing what virtually every Sci-fi story tries to; it really immerses you in the universe that its story is set in. The universe is expertly crafted and very immersive, and that’s reason enough to rate the story highly.

Macross Frontier also has a superb cast of characters that drive the show along. The main characters Alto, Ranka and Sheryl are obviously the highlight of the show. Each of these three really evolve and grow throughout the series and their character development is one of the highlights of this show. The supporting characters such as Michael, Klan and Luca are just as great, each having their own grand moments in the story. 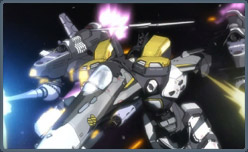 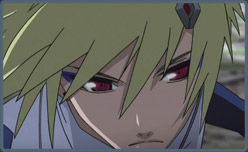 As is with anime that have large casts, Macross F can’t possibly do justice to all its characters. What it does do, is do justice to most of them. The major characters and supporting characters get a ton of memorable moments and tons of character development, which, considering how many there are is pretty impressive.

Of course, there are some things that Macross Frontier does that will annoy some. The love triangle for example, is never resolved. It can be considered that fans of both AltoxSheryl and AltoxRanka were both given the short end of the stick, or it can be considered that this was the best way to end the series without pissing off either group. Adding to that is the fact, that Alto who’s steadily progressing as a characters, takes a step back near the end of the series and acts like a real idiot before he recovers himself and his dignity. But beyond a bit of rough edge in its main character, and the fact that it doesn’t resolve the love triangle, Macross Frontier’s got a very superb story.

The animation, on the other hand, is a see-saw in terms of quality. At times, the animation and art is just JAW dropping, and at other times… it’s so bad one wonders if they’re watching the same show.  When the series is at its high points, it really sets the bar for animation and when it’s at its low, it’s downright ugly.

The art on the other hand, is superb. The character designs, area designs, everything is just very visually impressive and the props to the art department for creating such a visually stunning world and the characters that reside in it.

Since Macross Frontier focuses so much on singing and songs, the OST really needed to be amazing. And boy is it good! The Jpop tracks used throughout the series, along with the musical score is all exceedingly well. Macross Frontier has some of the best OSTs heard to date, and this very element really propels the show towards greatness. 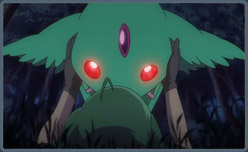 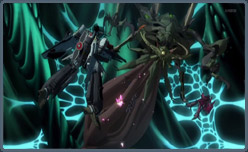 The Voice actors also do a splendid job at voicing their characters and make the characters all that much more loveable.  Props to  Aya Endo, Yuichi Nakamura, Megumi Nakajima and the rest for a job well done!

All in all, Macross Frontier is a superb Sci-fi mecha series. It’s got some flaws like an unresolved Love Triangle, some character development flaws and some very varying animation, but none of those flaws detract this series from being one of the year’s best. It gets an A Grade!