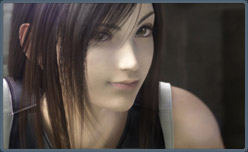 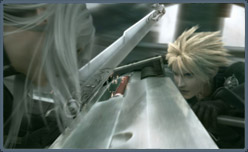 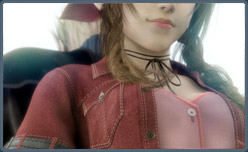 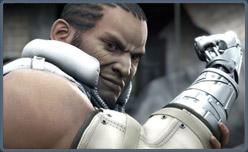 The Action in the movie is intense and very well done. Each fight scene has been planned and scripted so well that you can’t help but be drawn into it. The fights between the various characters may totally defy the laws of Physics, may be totally unbelievable and even be downright impossible, but the animation and graphical detail to each clearly makes it all the more believable and impressive.

Now, if Final Fantasy VII Advent Children is so great, why exactly does it receive such a low score you ask? It’s rather simple really. Final Fantasy VII Advent Children fails on the one front where one would expect a lot out of it. The plot for the movie is very weak and predictable. Most of the time, the story of the movie seems more of like a filler and a link to the fight scenes, rather than an actual story.

Too much time is spent on the fight scenes and not enough on the development of the plot. The dialogue, while mostly superb and very suiting to the characters is scanty and not used enough to actually give the plot any real depth. Many viewers of Square-Enix’s previous project, Final Fantasy The Spirits Within were turned off by the rather odd and unknown storyline that involved alien invasions and a sci-fi setting rather than something more Final Fantasy like. 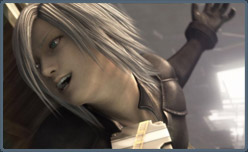 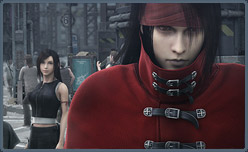 FFVII AC does indeed capture the feel of Final Fantasy VII, but the plot is stretched so thin and is just so bare that you can’t really help but feel that the movie is more about the makers flexing their CGI muscle rather than focusing on making a truly effective and memorable movie.

The overall result, is a great looking and very well animated movie that lacks real depth and can be quite bare on the story side. It does a great job of capturing the “essence” of the Final Fantasy VII world, but it just can’t keep the feel going with the story. Final Fantasy VII Advent Children has great looking visuals, great action scenes, but that’s really all there is to it. Diehard Final Fantasy VII fans will probably be able to forgive the movie for it’s shortcomings but more casual watchers will probably feel a bit bored in some parts, and will feel that the movie is just a showoff of graphical splendor and great animation. It is for these reasons that we award Final Fantasy VII Advent Children with a grade of B.